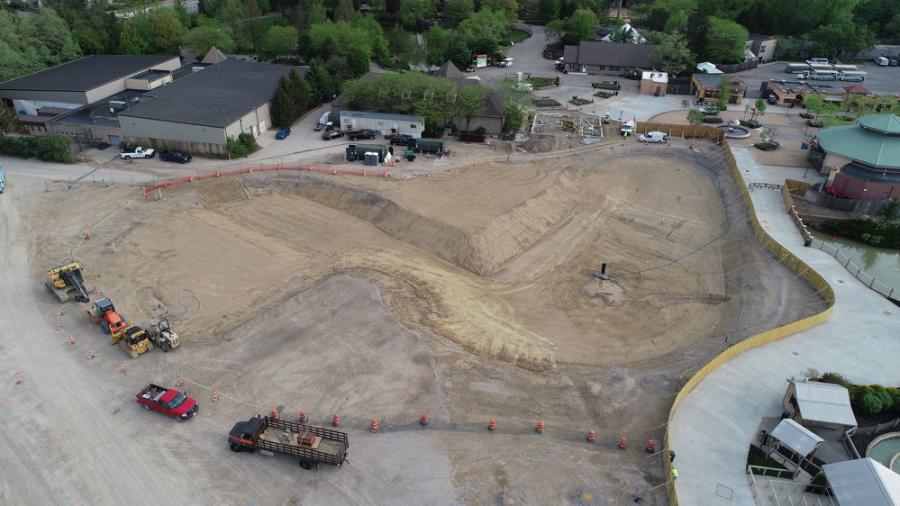 A coastal wharf is being created at the Columbus Zoo and Aquarium in Columbus, Ohio.

Adventure Cove is a $34 million project designed after San Francisco's Pier 39. The 4.1-acre new region will be near the zoo's entrance and will include California sea lions and harbor seals.

It also will feature Jack Hanna's Animal Encounters Village, which will be an environment for several species, such as sloths, African penguins, bat-eared foxes, cheetahs, tortoises and toucans. One-on-one animal encounters will be offered to zoo visitors. A stingray touch area also will be renovated. This year-round center is designed to honor Hanna's conservation education philosophy.

Smoot Construction of Columbus, Ohio, began the project in October 2017 and it is scheduled for completion in the spring of 2020. 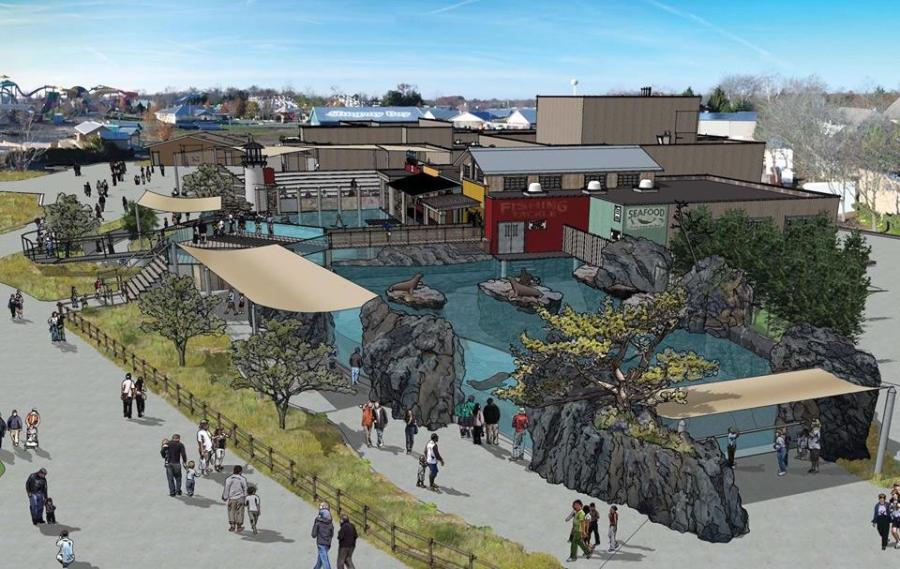 "This project is a tight site and located in the middle of our park," said Emily Wieringa, the Columbus Zoo and Aquarium's director of construction and project engineering. "During some seasons, we had to keep pathways operational for our guests, which makes the logistics critical."

She noted that weather also has been a factor.

"These projects are heavy civil projects that have a large area of exterior spaces, so we are always up against weather constraints as well," she said. "The pools are large and all made of concrete, so ensuring quality control to prevent leaks is critical as there are a number of contractors responsible in constructing the pools. We have miles of Life Support System — biological water treatment for the specific species — underground piping to these pools. The buildings also are near them, so the foundations to the buildings are deep as well."

Wieringa reported that the tunnel is something that has not been done before in the same manner.

"It is on a slope and a curve, so it is a one-of-a-kind piece that will be the jewel of the project," she said. "As our guests are immersed in the pool area, it will be an experience to remember. We also will have an area called Animal Encounters Village that is themed like a park area, and animals will have access to public areas (while supervised), engaging our guests and helping them learn more about animal behaviors and actions we can all take to help protect these species' future."

The Sea Lion/Seal Habitat will include three pools with a total of more than 375,000 gal. of water. Miles of underground Life Support System (LSS) pipe will extend from deep under the habitat to the water treatment center that filters and cleans to provide a healthy aquatic environment for the sea lions and seals. There will be enrichment elements (including the ability to create wave action); rock outcroppings for the sea lions' basking and diving; and various locations for targeted training.

A presentation area will feature a tall diving rock for sea lions, an iconic lighthouse for flighted bird presentations and a themed presentation and pool area. Seating will accommodate 250 people and offer expansive views of the region.

The area will provide a backdrop for scheduled educational and engaging ambassador experiences with different species from both the sea lion/seal habitat and Animal Encounters Village throughout the day.

The underwater viewing area will provide opportunities for guests to experience the habitat from a variety of vantage points, including viewing the animals through a 60-ft.-long, state-of-the-art tunnel to offer a one-of-a-kind underwater experience. The tunnel was created, shipped and installed as three separate acrylic pieces.

The tunnel layout is the first of its kind; the 20-ft. middle section features a clear, acrylic floor for 360-degree views of the sea lions swimming below and basking above. The tunnel also was designed on an arced curve that takes guests lower under the water for a more immersive experience.

The tunnel consists of three upper sections and a 10-in.-thick acrylic floor, which weighs more than 78,000 lbs.

Jack Hanna's Animal Encounters Village is designed to reinforce the philosophy of providing guests with wildlife experiences that "touch the heart to teach the mind." It will include more than 60 different species from around the world. Eight interior and eight exterior mixed-species habitats will be themed to support the human-wildlife connection.

In February, the zoo's Facebook page noted the resourcefulness of the team. 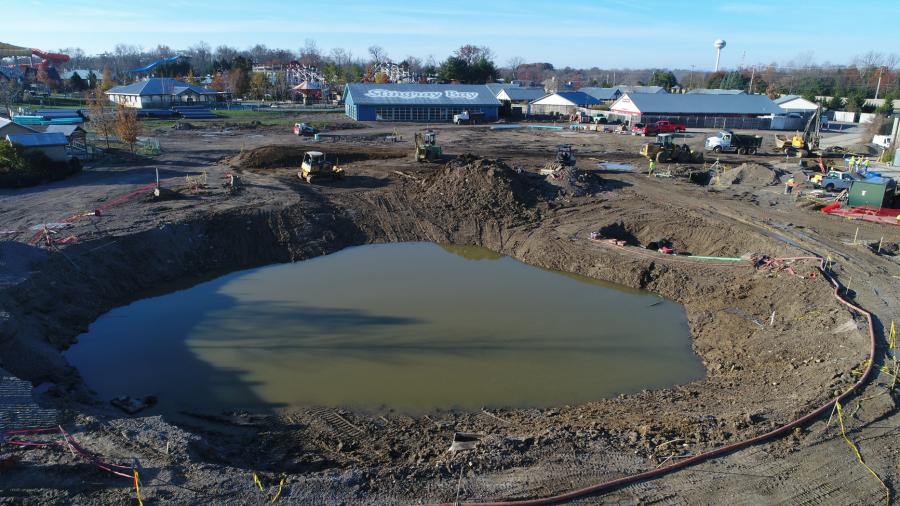 "When dirt was removed to make way for the pipes and structure foundations, the clay soil became too moist due to the very wet fall and winter we've had, and therefore was not able to be repacked back on the site," the post stated. "Currently, there are renovations taking place in the elephant yard, which has called for soil to be removed. This good dirt was then used to build up the grades below the sea lion pools and cover the miles of pipework."

The Columbus Zoo and Aquarium reported that an equipment list was not available to be released.

Major subcontractors include Miles McClellan for general trades; Igel for earthwork and concrete; Smoot for masonry; Wolfrum for roofing; TP Mechanical for HVAC and fire protection; Reynolds Polymer for acrylic; Nassal for shotcrete; Roto for themed / interpretive work; Aggressive for plumbing; SM&E for electrical; Kendrick Mollenaur for painting; Thermeq for steel; ACS for decorative concrete; and EMI for landscaping.

The Columbus Zoo and Aquarium noted its thanks to residents of Franklin County, who made the project possible through their support of a tax levy.

Donations also have been made through the Connecting People and Wildlife campaign, the zoo's largest and most significant major gifts initiative to date. CEG