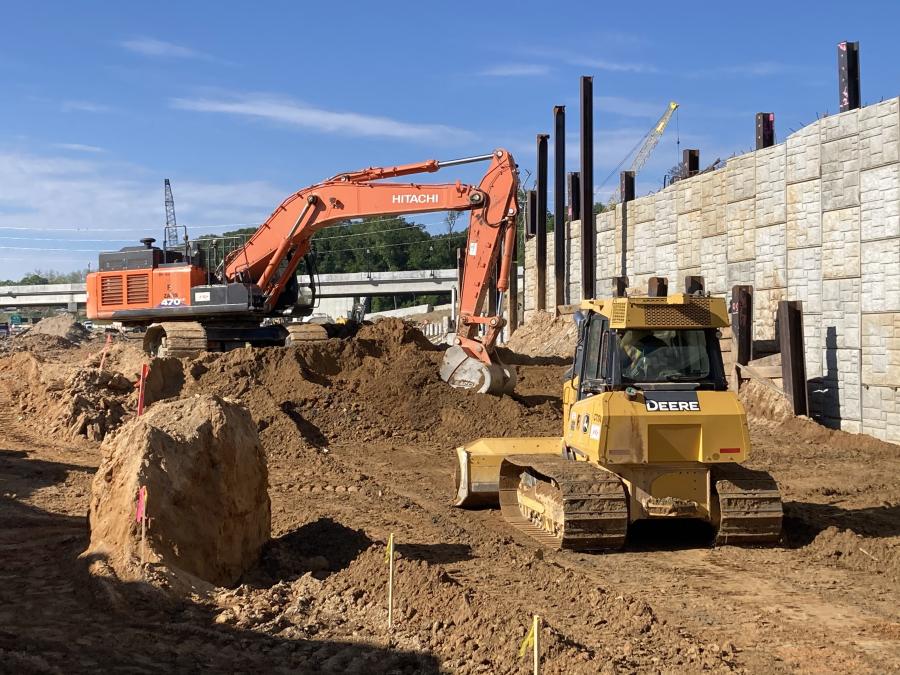 Crews from E.R. Snell Contractor Inc. and C.W. Matthews Contracting Company Inc. are making considerable progress to complete the $63 million, Phase 1 of the I-16/I-75 Improvement Project this summer and Phases 2 and 3 this upcoming winter.

Since ground was broken in April 2017 on the Georgia Department of Transportation's (GDOT) I-16/I-75 Improvement Project in Macon, crews from E.R. Snell Contractor Inc. and C.W. Matthews Contracting Company Inc. are making considerable progress to complete the $63 million Phase 1 this summer and Phases 2 and 3 this upcoming winter.

The goal for this massive project is a final delivery in 2030. 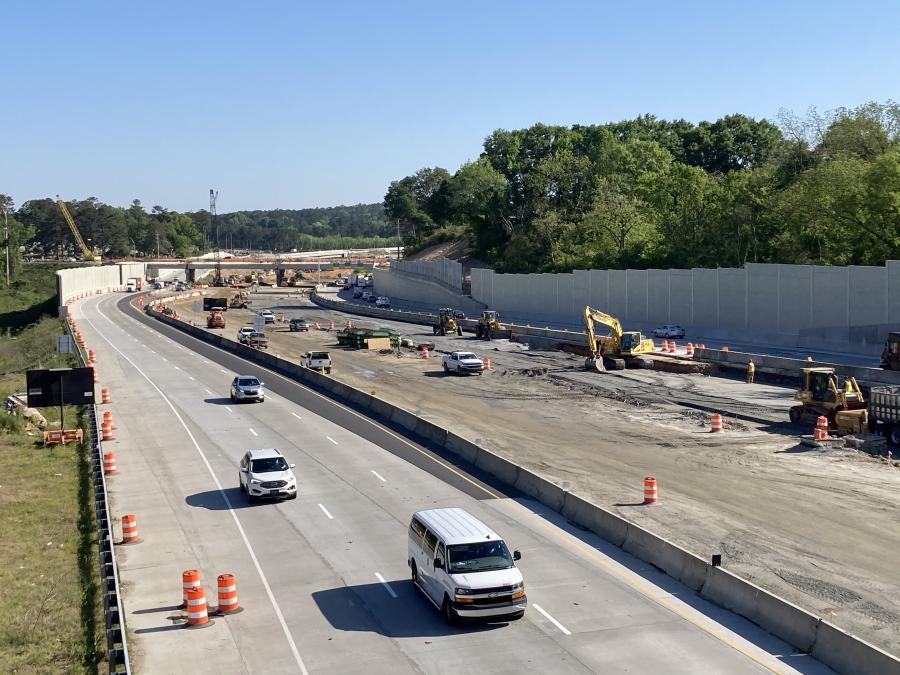 "The interchange improvement project will enhance safety and mobility of the interchange by widening and reconstructing I-75 from Hardeman Avenue to Pierce Avenue and I-16 from I-75 to Walnut Creek within the city of Macon and Macon-Bibb County," said GDOT's Penny Brooks, District 3 communication officer. "The investment in the city, the middle Georgia region and the state's transportation system will support Georgia's growing freight and logistics industry. It is improving I-16 and I-75 in the project area by constructing additional interstate lanes, wider shoulder lanes and additional on- and off-ramps.

"A new collector/distributor [CD] road system will be constructed parallel to both I-16 and I-75, which will allow additional non-interstate traffic capacity," she added. "Modifications will be made to bridges and surface streets to accommodate the additional interstate and CD lanes. These surface street improvements will add or expand dedicated turn lanes, which will reduce congestion and improve mobility for commuter traffic."

"One engineering challenge that's been encountered and overcome on this project is the staged construction, since there isn't much room to work," said James Coody, GDOT's project manager of the Interstate 75/Interstate 16 Improvements Project. "We're expecting at least a 100-year lifespan for the new infrastructure being built. We are utilizing drilled caissons with mass concrete for the bridge foundations located in the river. This design helps maximize construction by allowing more environmentally friendly construction activities to take place in the river, without detrimentally affecting the adjacent ecosystems."

The traffic management plan is based on temporary and long-term lane and ramp closures to ensure that construction crews can work safely in midst of live traffic.

"The plan is working well," said Brooks. "The majority of people are slowing down, but there are always the few that don't.  We're always striving to work together to safely implement the [construction] plan and any logistical problems that may arise during construction." 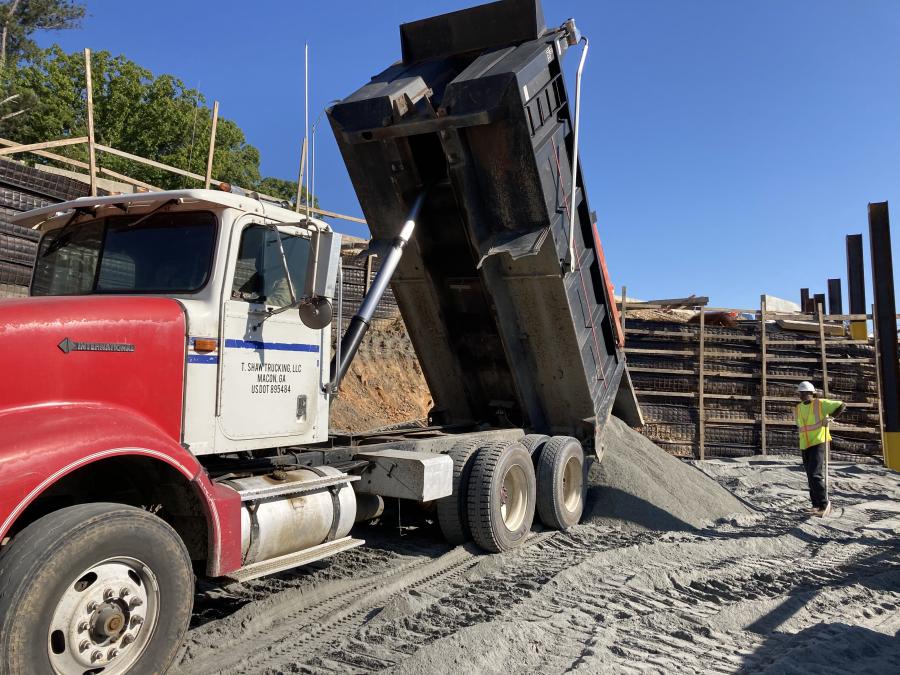 "One overall challenge is managing the logistics of all the moving parts in order to keep the project progressing forward," said Coody. "The work is progressing well, but it is a daily challenge to make sure everything runs smoothly. The utility relocation work for this project was challenging due to the sheer amount of utilities existing inside the projects' limits, but with a lot of coordination among state, local and private agencies, we were able to accomplish our set goals It is progressing very well and is mostly complete.

"This is primarily a daytime project, but we also have our fair share of night work due to contractual time restrictions with closing lanes on the interstate and other local surrounding streets," he added. "It's very tight, and we also have to be aware of and protect the many, closely-packed environmental, archeological, and historic resources as well. We have a good overall working relationship with the GC and issues are usually resolved immediately when we put our minds together and work towards a common goal."

The Spring Street loop ramp was closed in January 2019.

"We had to first safely relocate traffic onto a detoured temporary ramp," said Coody, "while also retrofitting and configuring the existing traffic signal to be utilized in the staged construction."

"The bridge work is progressing very well and a total of 10 out of the 42 proposed bridges have been completed thus far," said Coody. "We plan to continue constructing the outer bridges first in order to make room to relocate traffic, and then construct the remaining bridges."

Key equipment for this work includes a Kobelco CK1100G crane, a Komatsu PC 210 LC excavator and a Manitowoc 4100W crane.

Other elements of construction have crews installing lighting, utility relocation and constructing roadways. 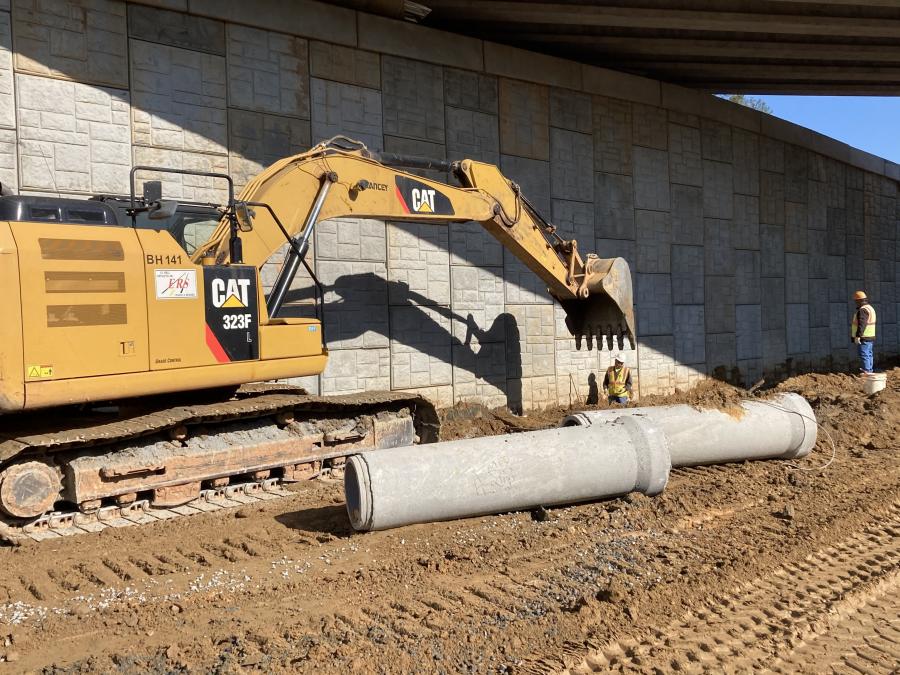 "About $120 million worth of work has been completed so far," said Coody.

The I-16 EB CD road between I-75 and Spring Street is nearly finished, with Phase 1 estimated to be completed around winter of 2021.

"The I-16 EB CD road is still being constructed," said Coody, "and the current challenge is completing the previous, dependent work on time, and then safely and efficiently shifting traffic onto the new roadway."

Phases 2 and 3 were awarded together to E.R. Snell Contractor for $156 million.

Phase 2 deals with 1.02 mi. improvements along I-75 NB from Hardeman Avenue to the southern limit of the I-16 interchange, which has E.R. Snell shifting the exit to I-16 EB southwards, constructing a new ramp to I-16 EB parallel to the I-75 NB mainline as a CD road between Hardeman Avenue and the I-16/I-75 interchange; building two lanes on I-75 NB and two lanes on the I-16 EB collector distributor road; improving to I-75 SB from Hardeman Avenue through the interchange with I-16; relocating egress/ingress locations to/from I-16 along I-75 SB; and shifting the  exit to I-16 EB from I-75 SB and the entrance ramp from I-16 WB to I-75 SB southwards.

E.R. Snell has already completed the $12 million Phase 1B in fall 2018 that covered improvements to the Pleasant Hill Neighborhood on each side of the I-75 corridor, which included working with the Macon Bibb Community Enhancement Authority on relocation and rehabilitation of seven vacant lots and buildings (17 new residential structures throughout the community); cultural resource mitigation efforts that captured the oral and visual history of the Pleasant Hill neighborhood, created a linear park with a  green space and multi-use trail, lighting and information kiosks along the east side of I-75 and Jefferson Long Park on the west side of I-75; the relocation of the boyhood home of Little Richard, the Penniman House, to Jefferson Long Park; mitigation work that built noise and visual walls along I-75 within Pleasant Hill; replaced the David Lucas Pedestrian bridge;  transformed an open drainage ditch into a grass-covered culvert;  did some resurfacing and sidewalk rehabilitation throughout the community; and closed the Frontage Road between First and Second streets to create a green space access to the pedestrian bridge.

With phases adjacent to each other, it has been easier for crews to meet deadlines and benchmarks.

"The Phase 2 and 3 work is progressing well and is expected to be completed around spring 2022," said Coody, noting that crews are working on both projects simultaneously.

Cranes, excavators and drilling rigs are key pieces of equipment that are driving the project.

"Excavated material is being reused and recycled at times depending on the work needed," said Coody. 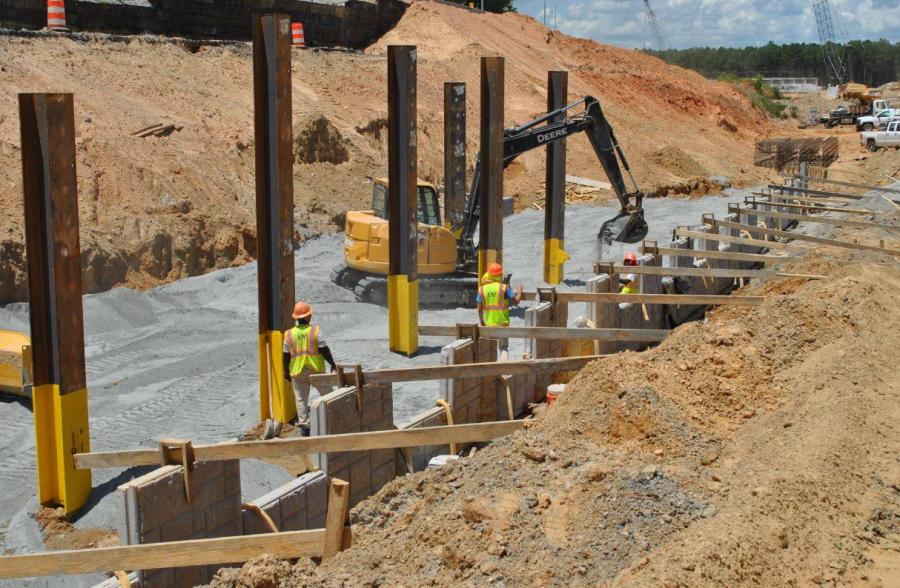 In term of other equipment, C.W. Matthews and E.R. Snell are both using cranes, excavators,  drill rigs, and other standard pieces of iron.

Both companies rent and purchase equipment from local and regional dealerships.

On a daily basis, approximately 140,000 cars and trucks utilize the interchange area and when completed, will be able to accommodate more than 200,000 vehicles. CEG