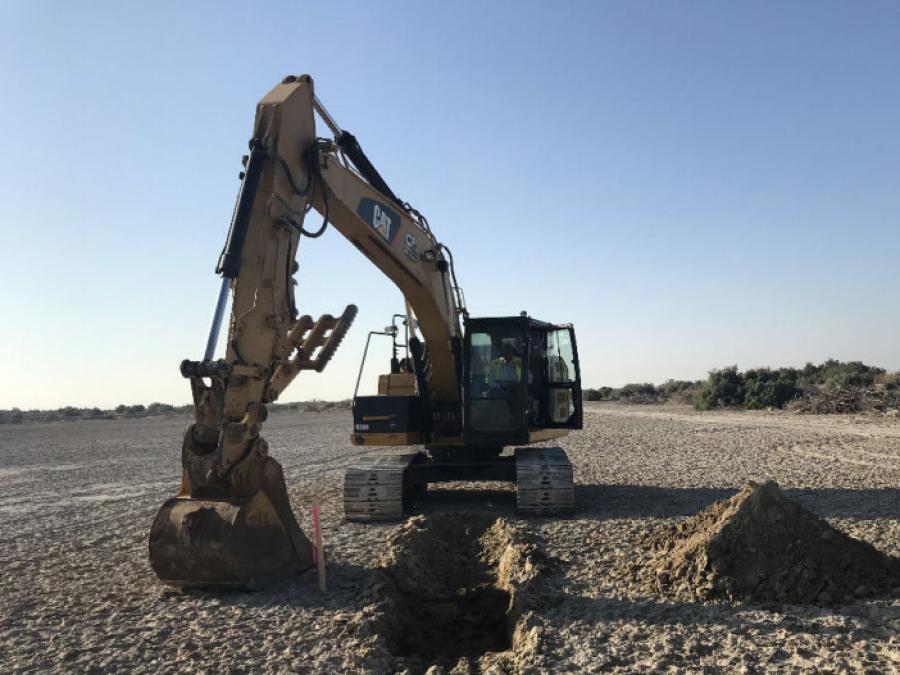 Construction crews began moving 5 million cu. yds. of soil around a 4,110-acre area of dry lakebed at the southern end of the Salton Sea as part of the Species Conservation Habitat Project.

A fleet of bulldozers and other heavy equipment began the enormous task of moving roughly 5 million cu. yds. of soil around a 4,110-acre area of dry lakebed at the southern end of the Salton Sea as part of the Species Conservation Habitat Project. The Species Conservation Habitat project is the first step toward achieving DWR's Salton Sea Management Program's goal of creating thousands of acres of new wildlife habitat and reducing windblown toxic dust.

The Species Conservation Habitat is a large-scale construction project which is expected to take at least three years to complete. The state's design-build contractor, Kiewit Infrastructure West Co., began clearing vegetation and constructing an interception ditch to drain the site. The interception ditch also will function as habitat for native desert pupfish, an endangered species.

The design-build process, which expedites delivery of the project, was made possible through 2016 legislation supported by Assembly member Eduardo Garcia and Sen. Ben Hueso. State agencies also executed a water use and easement agreements with Imperial Irrigation District in 2019 to enable the project. 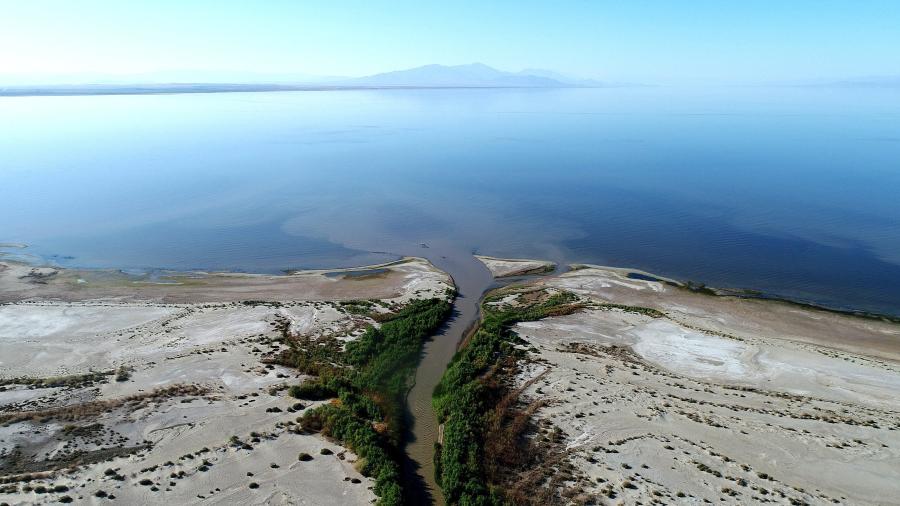 "Beginning actual construction on this large project represents important progress," California Secretary of Natural Resources Wade Crowfoot said. "It is only possible thanks to strong coordination with our local, state and federal partners, including Imperial Irrigation District, Imperial County, the Imperial County Air Pollution Control District, the Colorado River Regional Water Quality Control Board, the U.S. Army Corps of Engineers and the U.S. Fish and Wildlife Service. Obviously, much more work lies ahead. We need to continue to deliver projects on the ground that improve conditions at the Salton Sea for residents as well as for wildlife."

Though the construction site is not currently open to the public due to COVID-19 restrictions and other safety concerns, images of the project will be shared on the Salton Sea Management Program website as construction advances.

"The Salton Sea is a very important stopover for millions of birds on the Pacific Flyway and after 10 years of planning we're finally breaking ground on this major habitat restoration project," said Vivien Maisonneuve, DWR program manager and project lead. "This is the first time that we're building this kind of habitat, especially in this very challenging environment."

The Salton Sea Management Program aims to construct nearly 47 sq. mi. of habitat and dust suppression projects around the Sea by 2028. "We still have a long way to go, but this is an important first step," said Maisonneuve.

The Species Conservation Habitat Project is an extraordinary initiative. Located 236 ft. below sea level, just 30 mi. north of the Mexican border, the Salton Sea occupies the lowest point of the Salton Sink, a desert basin that has periodically contained terminal lakes – or lakes that allow no outflow to other external bodies of water – for millennia.

Presently, the only water feeding the Salton Sea has been runoff from farms in the Imperial Valley. As a result, from its original surface area of 515 sq. mi., the lake now occupies only 345 sq. mi. of shallow, increasingly saline, water and dust. If not addressed, the volume of that dust will only increase as the lake continues to shrink. Though saltier than the ocean, the Salton Sea is still able to support an abundance of fish, a food source for millions of migratory birds on the Pacific Flyway.

The success of a conservation project of this kind requires an intimate understanding of the wildlife that will utilize it.

"We've worked extensively, for example, on the shape of the islands we will build to ensure that they can accommodate different bird guilds. Different birds have different needs, so we have to pay attention to those needs and build accordingly," said Maisonneuve.