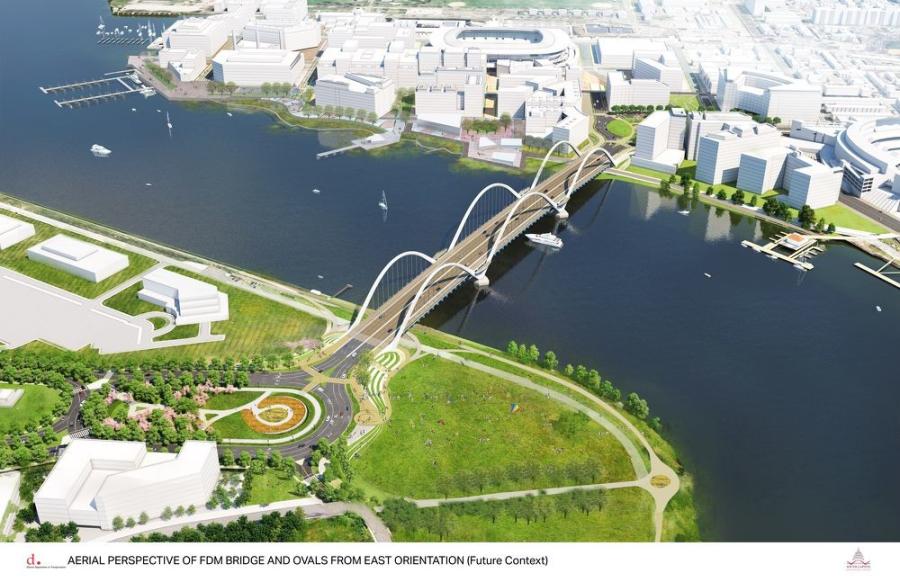 The bridge is a major transportation link for the city that carries more than 77,000 vehicles per day across the Anacostia River. It also connects the communities on both sides of the river. (South Capitol Bridgebuilders photo)

In the nation's capital, crews are working on the largest infrastructure assignment in District Department of Transportation (DDOT) history. The Frederick Douglass Memorial Bridge Project calls for replacing the 68-year-old bridge and reconstructing the Suitland Parkway/I-295 interchange.

“This year we are celebrating the 200th birthday of Frederick Douglass, and it's fitting that we build a new signature bridge that is worthy of the legacy and celebrates a man who worked his entire life to create a better future for others,” said Jeff Marootian, director. “As Mayor Muriel Bowser has stated, with this project, we are taking a huge step toward improving the District's infrastructure and building a safer, stronger D.C.”

The undertaking has been in the works for two decades. With the current age and condition of the existing bridge, plus the availability of funding, now was deemed the right time to replace the key piece of infrastructure. The bridge is a major transportation link for the city that carries more than 77,000 vehicles per day across the Anacostia River. It also connects the communities on both sides of the river. 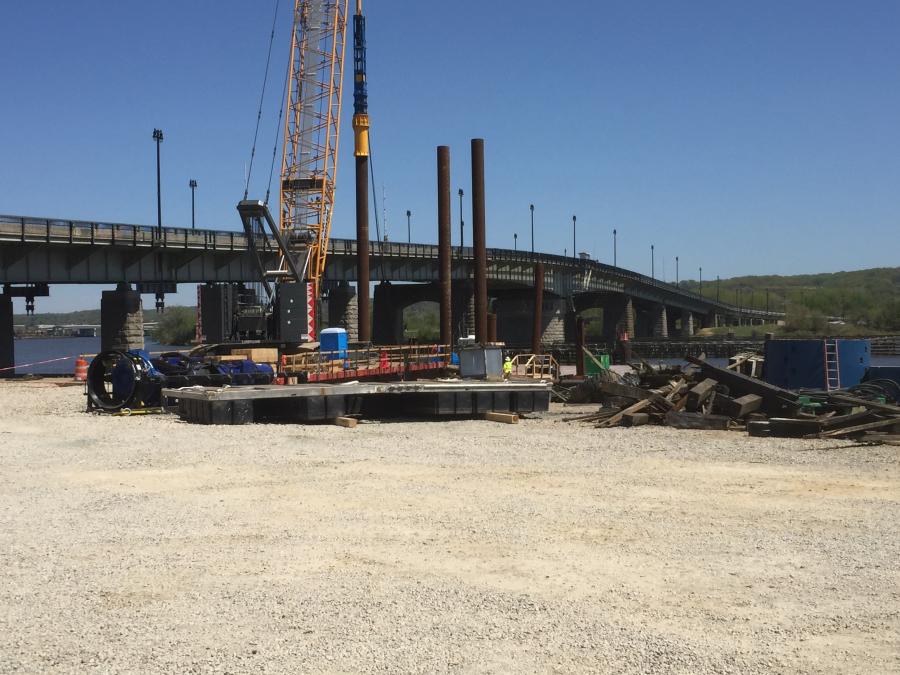 The $441 million design-build contract was awarded to South Capitol Bridgebuilders, which is a joint venture between Archer Western Construction LLC and Granite Construction Company. AECOM is the lead designer for the joint venture, with HNTB assisting DDOT with program and construction management.

The project team has encouraged feedback from the public regarding construction, having held meetings with representatives of several advisory neighborhood commissions, community organizations and residents. In addition to a detailed presentation, organizers have taken questions about the project and addressed various concerns.

The economic benefits of the project will reportedly be significant. DDOT estimates the project will contribute more than 1,300 jobs, and have an economic impact of $787 million for the greater Washington region. The project also will improve connectivity across the river and facilitate economic development in communities on both sides of the waterway.

According to Eric Hayes, senior project manager of Archer Western, the overall vision for the replacement bridge was to create a contemporary and iconic bridge to serve as a gateway to Washington's monumental core.

“The bridge is a unique, above-deck three-arch design, with a low-profile deck suspended by vertical stay cables,” he said.

Main materials being used during construction will include concrete and steel. Because of the unusual architecture, there are numerous technical challenges.

“The three-arch bridge is supported by two V-piers in the river. Because of this design, which is the only bridge of its kind in the world, construction of the piers will require significant pile driving, in order to create foundations robust enough to support the 1,445-foot bridge with only two piers. The design has complex geometry and hidden splices in order to improve the bridge aesthetics.”

There are other obstacles, as well.

“We are building around a lot of older and fragile infrastructure in an urban environment steeped in history,” said Hayes, adding, “Personal safety is a top priority. We have a good plan in place, and are working to be vigilant in adherence.”

Construction yards on both sides of the river have been set up, and splicing of pile pipe has already been completed, along with utility locates and mobilization. Adal Hollon, bridge project manager, added that work is moving forward at a steady pace. 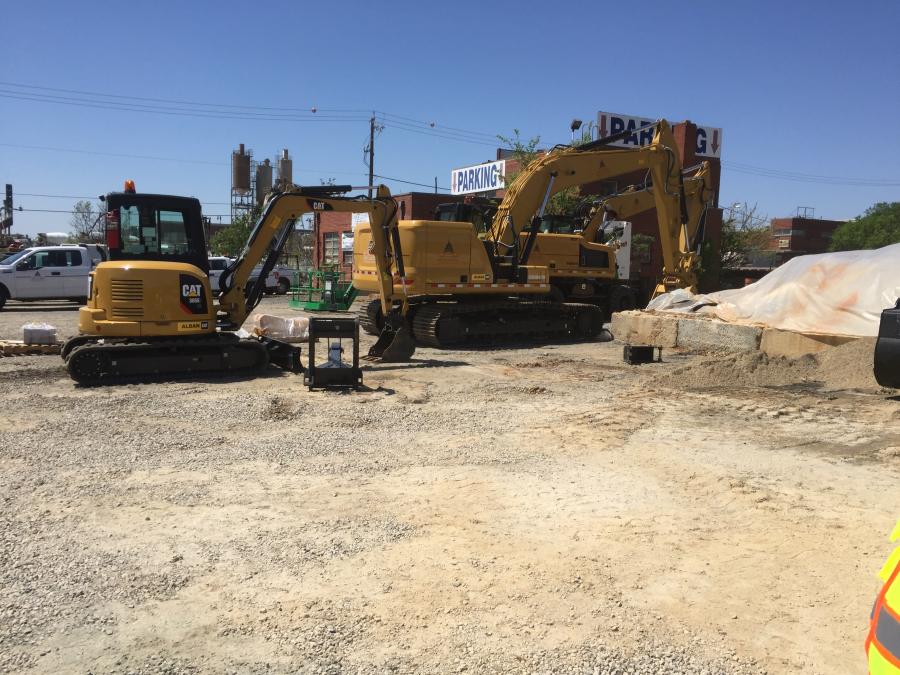 “We are currently pile driving in the river and building the trestle, or construction platform, that will be used to construct the bridge. We are reconfiguring the roads that lead to the bridge, including demolishing medians and closing access ramps to facilitate bridge and new traffic oval construction. We are also continuing utility location work.”

At the February 2018 groundbreaking, Mayor Bowser told reporters, “As we continue to create new opportunities and expand prosperity across all eight wards of the District, this new bridge will enhance the connection between Wards 8 and 6, with the bridge itself serving as a destination for our residents and visitors. The project is already creating jobs for District residents, and once completed, the new Frederick Douglass Memorial Bridge will have a tremendous impact on our city's transportation network and economic growth.”

Bowser said the Frederick Douglass Memorial Bridge and the entire South Capitol Street Corridor Project will create jobs for District residents, and provide a memorable gateway between Anacostia and the downtown community.

“When completed, this will be a tremendous structure, and a fitting memorial for a remarkable American icon.”

The new Frederick Douglass Memorial Bridge will be built approximately 100 ft. from the existing structure. The new bridge's three above-deck arches that capture the District's arch history, two piers that will appear to float in the river and four pedestrian overlooks.

The bridge is the result of a strong federal-local funding partnership. Federal grants, the bulk of the project's funding, were matched by more than $250 million in local taxpayer dollars.

“The Frederick Douglass Memorial Bridge project is important to this area, because it honors the memory of Frederick Douglass by helping to develop a grand boulevard for the community and visitors to enjoy,” said Adam Hollon, FDMB project manager, South Capitol Bridgebuilders.

According to Hollon, now is a good time to perform construction.

“The rapid growth of the Capital River Front and Buzzard point, along with the deterioration of the existing Frederick Douglas Memorial Bridge, has created the need for an upgrade to this gateway. The existing bridge is structurally deficient and functionally obsolete.”

As for how daily activities are being affected by the ongoing construction, said Hollon, “The District of Columbia Department of Transportation has established regulations for construction operations in order to limit impact to the public to the extent possible. There will be minor impacts to traffic patterns throughout the project to facilitate construction.

“The project is proceeding well. There have been a few minor challenges out of the gate, which is typical for projects of this magnitude.” 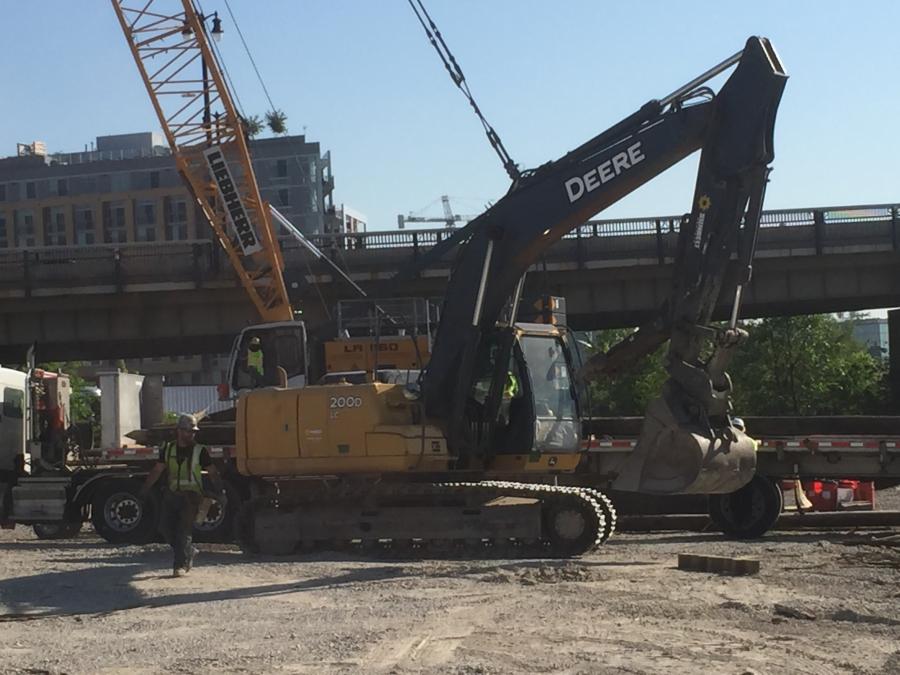 Work on the temporary trestle began in early February 2018. The new bridge is planned to open in 2021. Hollon said it's extremely rewarding to play a significant role in an endeavor that will serve so many for decades to come.

“It is an honor to be part of such a key project. We intend to provide a project that is a lasting grand boulevard for the region.

“The community has been extremely supportive and excited to get involved in the project. We are working through outreach groups to ensure that the community is informed of milestones and objectives every step of the way.”

Hollon acknowledged that the assignment is not without its share of challenges.

“With a project this size, it is important to make sure the ship gets started off in the right direction with regard to safety, quality and environmental compliance. The team has been working hard to proceed with a united front to achieve excellence in each of these areas. The unique design of the project provides technical challenges that the team is working through.”

The site was in a reasonable condition for use. Geotechnical borings and a majority of the test pitting for the project have been completed. Many design packages of the project are nearing completion. 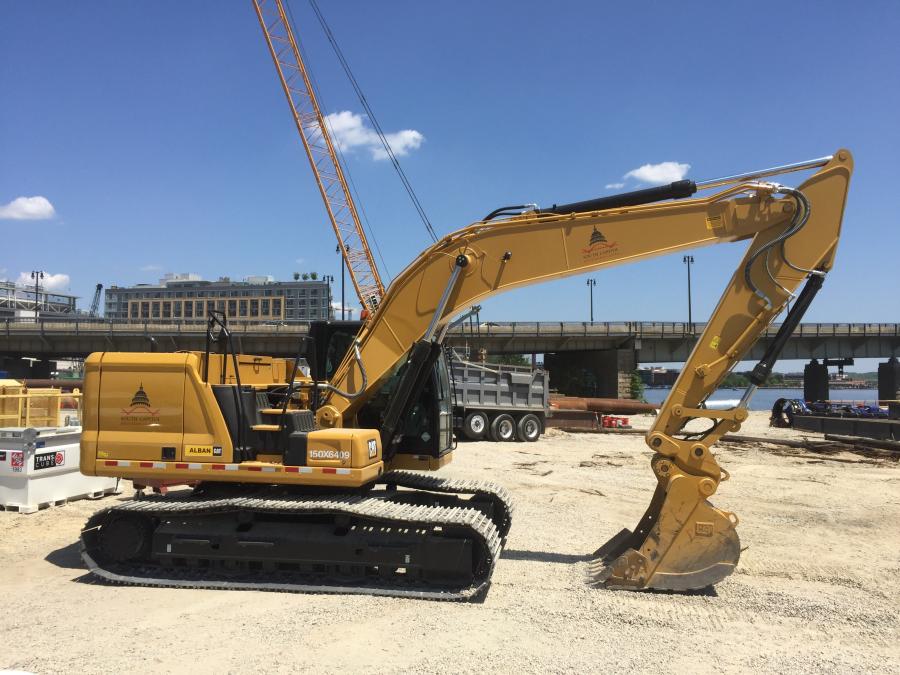 Roughly 100,000 cu. yds. of dirt/material will be moved during construction. Equipment being used on the job includes crawler cranes, all-terrain cranes, loaders, telehandlers, a tug boat, barge and excavators.

The South Capitol Street Corridor Project is one in a series of transportation, environmental, economic, community and recreation projects developed by the 30-year, $10 billion Anacostia Waterfront Initiative (AWI) program.