Held at the dealership's headquarters location in Evansville, Ind., the event was the culmination of a series of Anniversary Open House events held at several of the company's branch locations which kicked off in July at Diamond Equipment's Nashville branch. While the annual Thanksgiving Open House in Evansville attracts hundreds of attendees year after year, this year's event was a record setter with more than a thousand well-wishers who came to congratulate Diamond Equipment as it celebrated its 50th anniversary.

Diamond Equipment was founded in 1969 when Terry Clement opened the doors to his Case Equipment Dealership in Evansville. Dave Clement, Terry's son, joined the company in 1985 and took the helm as company president when Terry retired in 1999. Dave's two sons, Chase and Travis, have joined the dealership, representing the third generation in the family business.

Now in charge of telematics for all Diamond Equipment Locations, as well as handling the dealership's social media, Chase came up through the ranks, starting out in the parts department. Travis oversees inventory control and also serves as a salesman based out of the Evansville location.

Dave Clement attributes the dealership's growth and ongoing success to a dedicated and skilled group of employees representing world class equipment and a loyal customer base. Attendees to the Holiday Open House/50th Anniversary Celebration were treated to door prizes and a hearty barbecue lunch and had an opportunity to review the latest equipment on display, see Diamond Equipment employees and learn firsthand about the machines from factory personnel representing many of the manufacturing lines they carry. CEG 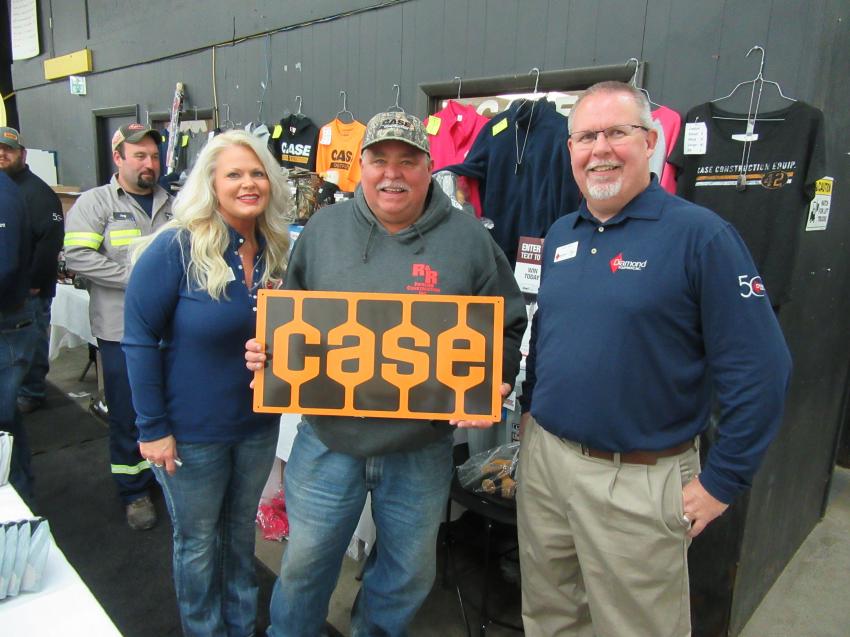 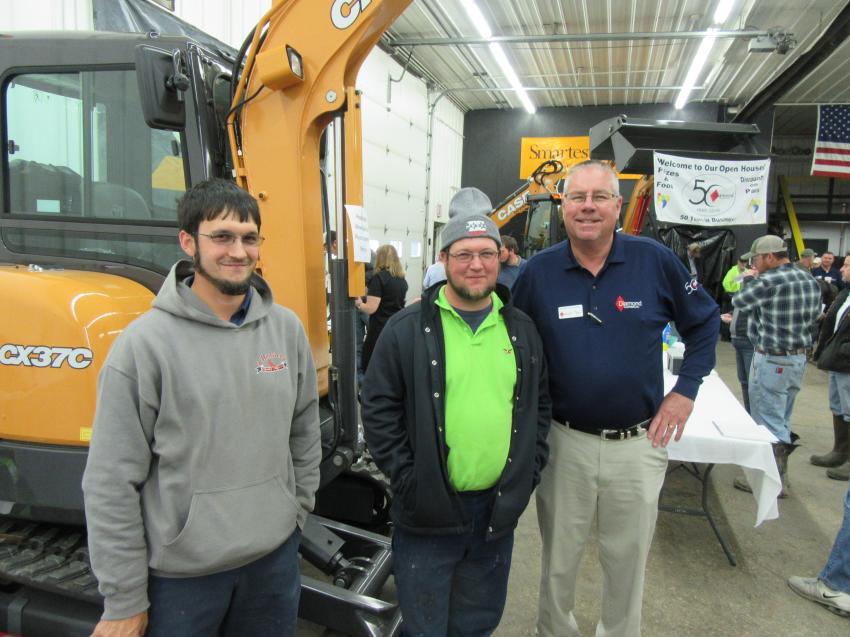 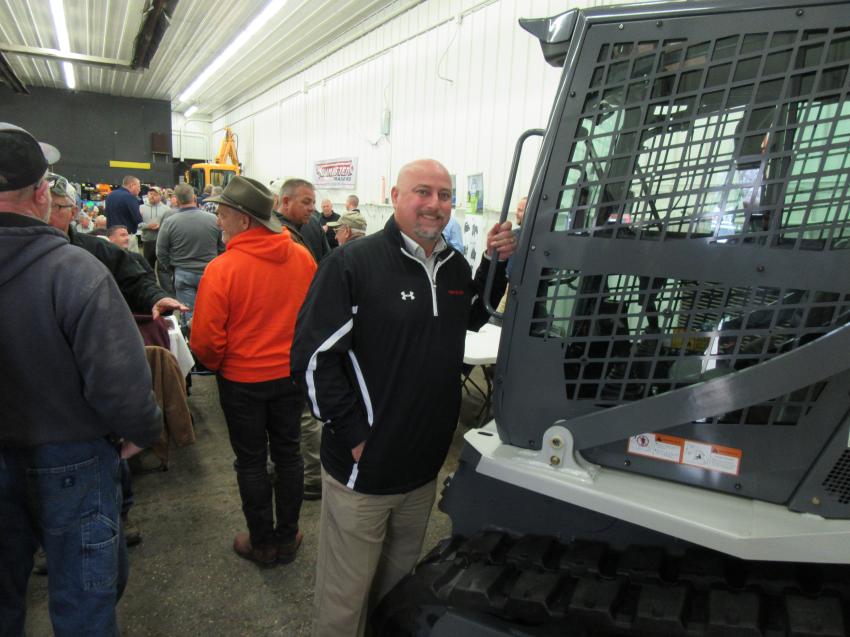 Paul Wade, regional manager of Takeuchi, was on hand to present the company’s lineup of compact construction equipment and congratulate Diamond Equipment on its 50th anniversary. 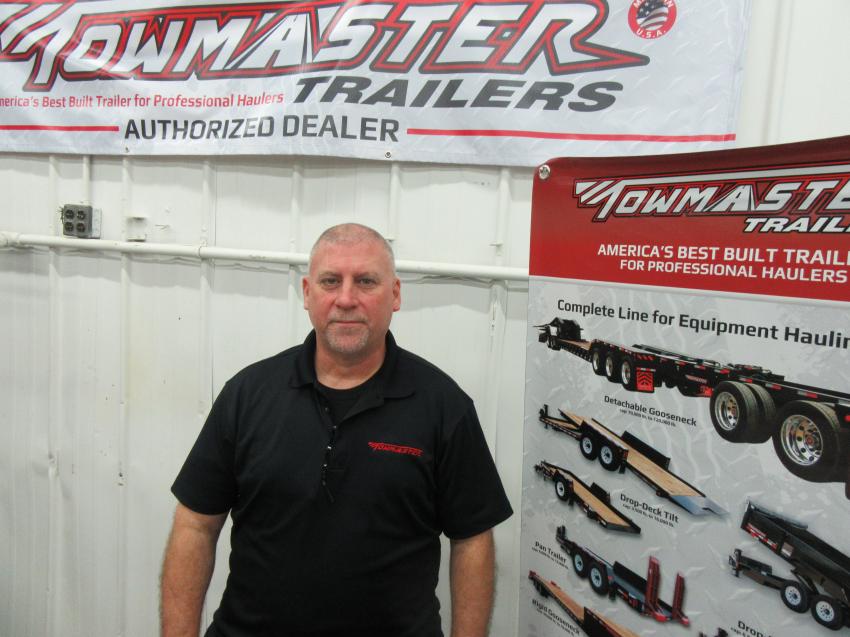 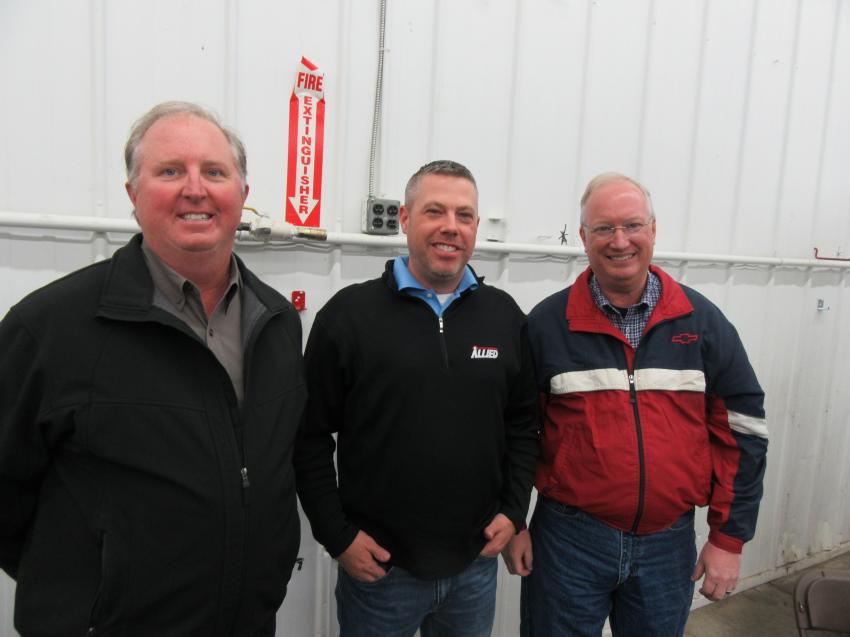 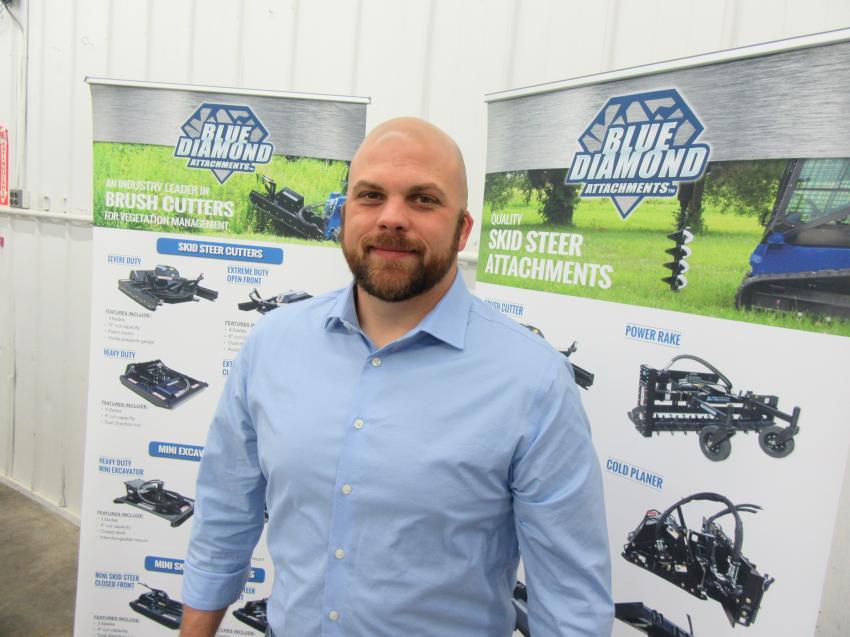 Jason Folsom of Blue Diamond Attachments was ready to discuss his company’s equipment offerings at the Open House. 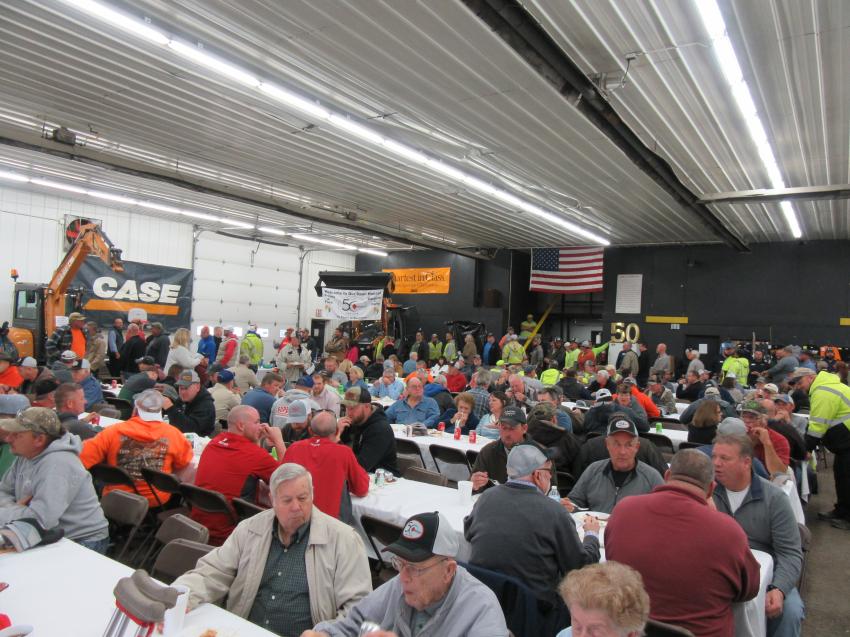 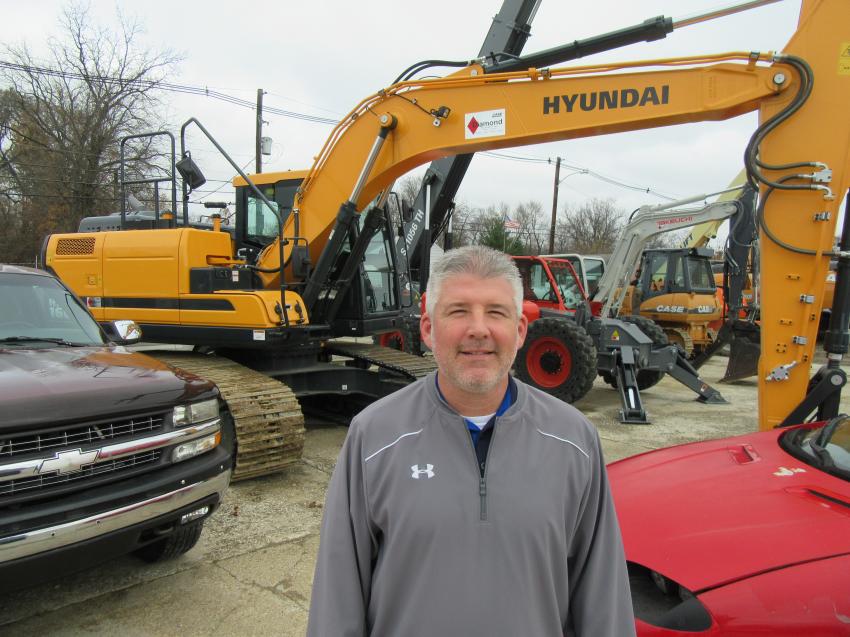 Hyundai Construction Equipment’s Ed Harseim was ready to talk about excavators in the equipment yard at Diamond Equipment. 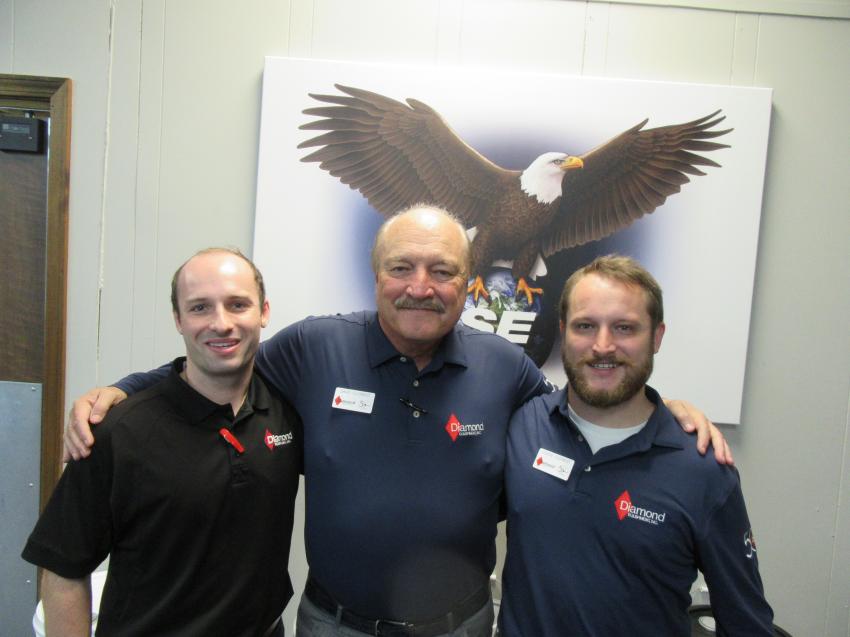 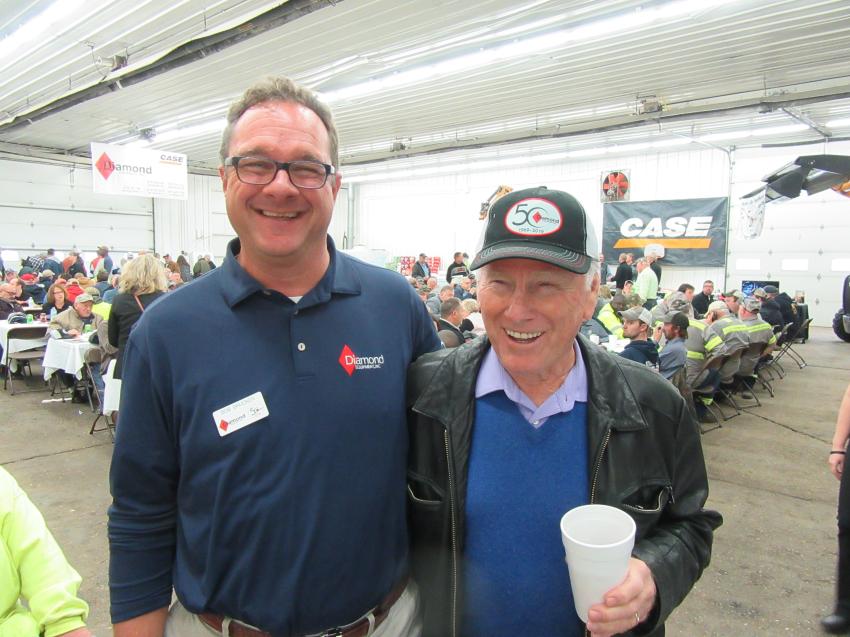 Diamond Equipment’s Bob Brucken (L) caught up with Bob Phillips of Phillips Construction at the event. 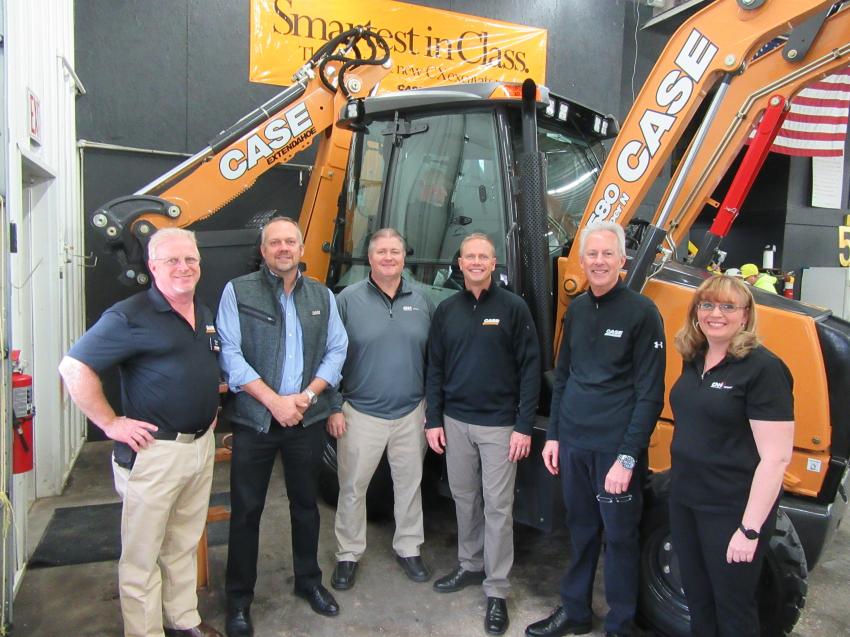