The new single-point urban interchange is designed to improve traffic flow and enhance safety for motorists traveling on Tucson's southwest side. 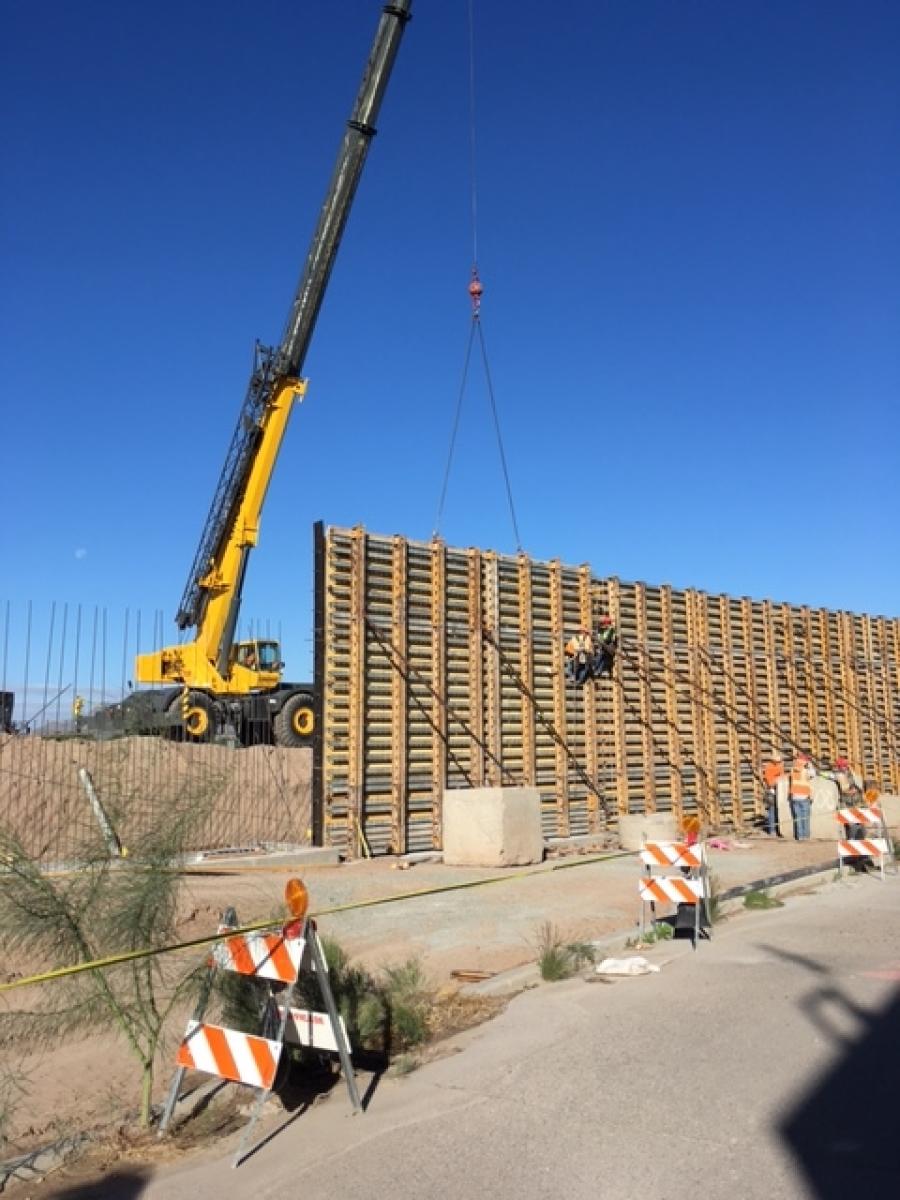 The Arizona Department of Transportation is overseeing a project to replace the existing I-19 traffic interchange at state Route 86, also known as Ajo Way.

The Arizona Department of Transportation is overseeing a project to replace the existing I-19 traffic interchange at state Route 86, also known as Ajo Way. The new single-point urban interchange is designed to improve traffic flow and enhance safety for motorists traveling on Tucson's southwest side.

A single point urban interchange is similar in form to a diamond interchange, but has the advantage of allowing opposing left turns to proceed simultaneously by compressing the two intersections of a diamond into one single intersection over or under the free-flowing road.

The term “single point” refers to the fact that all through traffic on the arterial street, as well as the traffic turning left onto or off the interchange, can be controlled from a single set of traffic signals.

“This is the first interchange south of the junction of two important interstate highways, I-10 and I-19,” said Tom Herrmann, statewide public information officer, Arizona Department of Transportation. “At this location, I-19 saw an average of more than 98,000 vehicles a day, the highest number of any location on I-19 and one of the 13 highest traffic volumes in the Tucson area. The redesign of this interchange should reduce congestion by moving traffic more efficiently.”

The I-19 at Ajo Way Traffic Interchange Project kicked off last March and is being built over a two-year period. The original interchange was built in 1965.

Prime contractor is Ames Construction of Scottsdale, Ariz. The same company recently completed the replacement of the Hell Canyon Bridge on U.S. 89 north of Prescott, Ariz.

Construction is currently on schedule with phase 1 of the project is well under way with bulldozing and grading taking place. It is expected to be complete in early 2018. Phase 2 is scheduled to begin construction in fiscal year 2018 and should take 18 months to complete.

The new interchange will feature a wider, 218-ft. (66.44 m)-long bridge over I-19 and a single set of signals controlling traffic entering and exiting the interstate rather than signals at multiple locations. The project also includes widening of Ajo Way from two lanes to three lanes in each direction between 16th Avenue east of I-19 and the Santa Cruz River bridge west of I-19.

The second phase of the project features construction of two new bridges.

I-19 serves as a regional corridor connecting Nogales, Ariz. and northwestern Sonora, Mexico, with Tucson. It also provides access to much-used I-10.

Ajo Way is used to access the Tohono O'odham Nation as well as a popular tourist destination of Puerto Penasco, Mexico, also known as Rocky Point.

The project will be built in two phases with phase 1 costing $54.2 million and phase 2 estimated at $29 million.

Both federal and state dollars are funding the project.

Phase 1 of the project, now in progress and spanning a period of 23 months, includes widening 500 ft. (152.4 m) of the southbound Irvington Road off-ramp, widening Ajo Way east of I-19 and upgrading the traffic signal at 16th Avenue; constructing noise walls on both sides of I-19 between Ajo Way and the Michigan Avenue pedestrian bridge to the south; constructing a new draining basin southeast of the traffic interchange, improving drainage at the location; constructing a Julian Wash outflow channel; reconstructing Lamar Avenue west of I-19; repaving Elizabeth Drive east of I-19; and relocating utilities.

The widening of the southbound Irvington Road off-ramp will provide for an additional turn lane and help prevent traffic from backing up on I-19.

Phase 2 of the project, expected to require 18 months to complete, includes reconstructing and widening southbound I-19 within the project area; constructing braided ramps so southbound Ajo Way onramp to I-19 can pass over the southbound Irvington off-ramp from I-19; widening northbound I-19 in order to add an auxiliary lane between Irvington Road and Ajo Way; completing of sound walls and drainage improvements, replacing the Michigan Avenue pedestrian bridge and the Santa Cruz River Bridge on Ajo Way; constructing bank protection and a new Rodeo Wash outlet of the Santa Cruz River; reconstructing and widening Ajo Way from Holiday Isle to I-19; and applying a rubberized pavement overlay on I-19 from Irvington Road to north of Ajo Way.

The location is an important commerce corridor for commercial traffic bringing goods from Mexico into the United States. Much of the winter produce consumed in the United States enters the country at Nogales, Ariz., and follows I-19 to I-10, before being transported across the county.

Arizona Department of Transportation also is working to make improvements to state Route 189, connecting the Mariposa Port of Entry in Nogales with Interstate 19.

Some roads and highway lanes within the project area have been closed briefly to allow for construction to take place. At the same time, some ramps have closed permanently so new ramps can be built.

Eastbound Ajo Way onramp to southbound I-19 closed down on Sept. 25. The new ramp will be a signalized left turn west of the overpass bridge.

Westbound Ajo Way onramp to northbound I-19 also was closed down on Sept. 25 and the new ramp will be a signalized left turn east of the overpass bridge.

Lane restrictions have occurred on both Ajo Road and I-19. Whenever possible, work requiring lane restriction has taken place at night to minimize the impact on traffic.— CEG