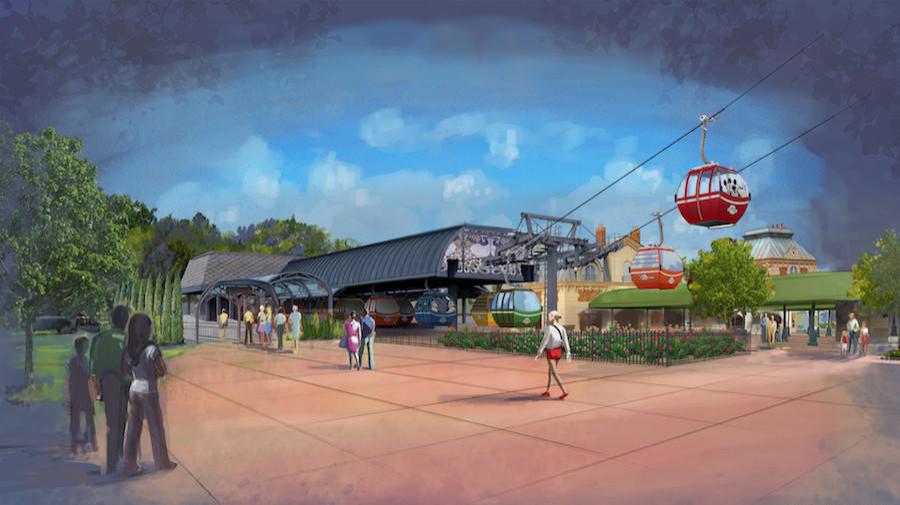 A rendering of the Disney Skyliner gondola system.

ORLANDO, Fla. (AP) — Disney has released new details and visuals on the gondolas that will connect some of its theme parks and hotels at Disney World.

The Orlando Sentinel reported information on the gondola system, called the Disney Skyliner, was released on the Disney parks blog.

One station will be at the International Gateway at Epcot. Disney's Caribbean Beach Resort will be the station that serves as hub for the system where guests can transfer.

The blog did not say when the gondolas will open.

The gondola construction project comes as Disney is expanding by building new lands in Hollywood Studios as well adding more rides in Magic Kingdom and Epcot.

The gondolas had been rumored for months although Disney brought up the project in July during an event in Anaheim, Calif.