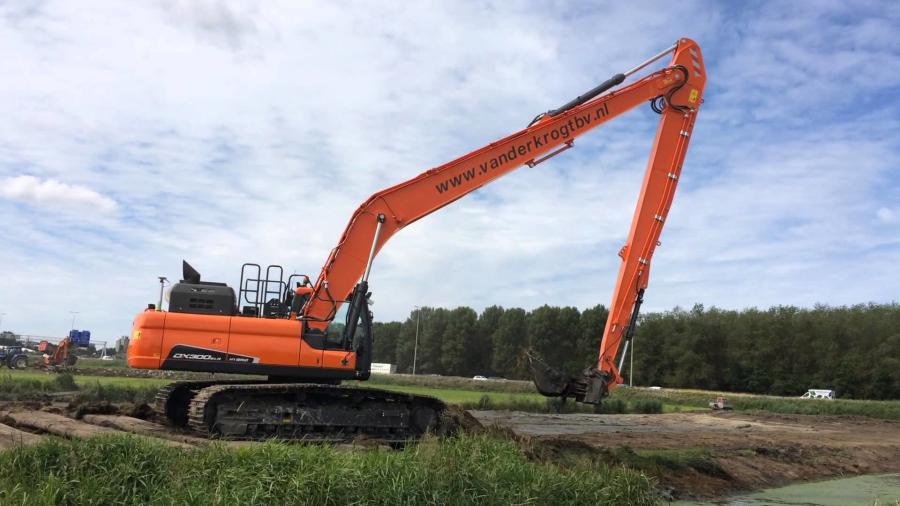 Among others, Doosan will supply ten DX300LC-5 excavators to help build the Trans-Adriatic Pipeline.

The $5.5 billion project is the largest gas pipeline project on the continent, beginning on the border of Greece and Turkey and stretching across Northern Greece, Albania and the Adriatic Sea to Italy, the Oman Tribune reported. When complete, the pipeline will carry natural gas from the Caspian Sea to countries including Germany, France, Switzerland, Austria and the United Kingdom. The project is expected to take around five years, and will provide jobs to an average of 1,500 to 2,000 construction workers per day, the Oman Tribune reported.

Doosan's excavators, will help lay pipe on the onshore portion of the 223-mile Greek section. They will also be utilized in tree removal, surface grading and pipe transport. All 52 excavators are between 30 and 55 tons, and have padding machines for compacting sub-soils, the Oman Tribune reported.

The models Doosan sent include:

A Doosan spokesperson said, "It is an important contract that has reaffirmed the support competence of the company's global network of dealers, who do everything they can to guarantee the quality of Doosan construction equipment and offer a top-of-the-line customer service to their customers.

"The acquisition of the contract is the result of the concerted efforts of many people who joined forces to complete all the complicated preparation work within a relatively short period of time between June and November 2016.

"Compared to other manufacturers' 60 — 70 ton excavators, the DX530LC-5 can work on 16 pipes with a 360-degree rotating versatility, while its excellent fuel efficiency has deeply impressed the operators."

According to a spokesperson for the project's client, "We selected Doosan after carefully analyzing the bidders' technical competences and after sales packages.

"In addition to its outstanding mileage, Doosan's DX530LC-5 has a wide undercarriage that enables it to carryout optimal lifting work."

An excavator operator praised the machine, saying, "This is my first experience using a Doosan excavator. I've operated it for about 600 hours on this project so far. It is really easy to maneuver, and the cabin is very comfortable," the Oman Tribune reported.