Dynamic Pavement Would Use Traffic to Help Fight Traffic

Dr. Kevin S. Lu is one of the finalists for the $100,000 AEM challenge in which contestants offer their concepts of efficient future transportation. 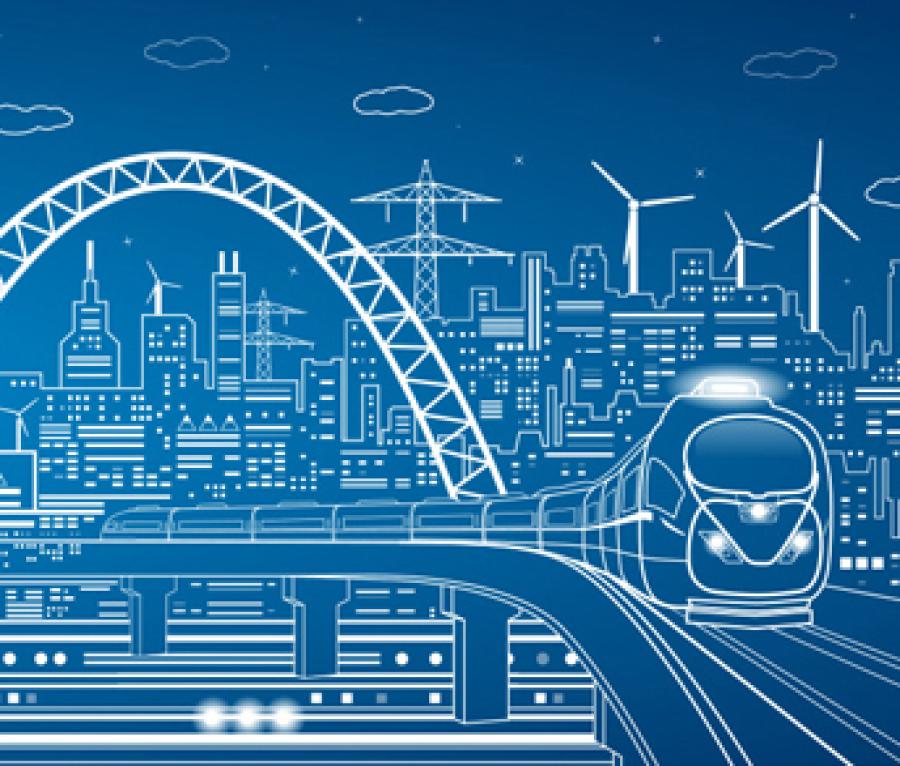 Five visionary individuals and teams that took on the $100,000 AEM challenge will offer their concepts of efficient future transportation. http://url.ie/11otf

If asked to envision future transportation solutions, half of us would call up memories of the cartoon Jetsons and their little jet cars. The other half would lamely call for widening of congested throughways from 10 lanes to 14, as if that will cure anything. Thank heavens the Highways of Tomorrow don't run through our minds.

Dr. Kevin S. Lu has a much better grasp of the future. Lu is a finalist in an Associated Equipment Manufacturers' exhibit at ConExpo-Con/AGG 2017 called “Infrastructure Vision 2050 Challenge.” Five visionary individuals and teams that took on the $100,000 AEM challenge will offer their concepts of efficient future transportation. Most involve smart cars and trains and monorail systems.

Lu's idea is more striking, as shown in a published white paper. He wants highways to become “dynamic,” drawing power from passing vehicles and using it to control traffic ebb and flow. Instead of building new pavement, Lu would retrofit existing roadways with electronic tiles. Each would generate electricity whenever the tire of a passing vehicle compressed it. The generated electricity would power electronic signage—stop lights and holographic displays—that would react in real time to keep traffic moving.

Pie in the sky? No, tiles in the pavement, which is much more down to earth. Furthermore, Lu projects that a mile of a designated stretch of retrofitted pavement could be constructed at a cost of $1 million per mile, versus $100 million for a conventional mile of paving. Construction time could be shaved to three months from four years, commute times reduced to 18 minutes from two and a half hours, and traffic volume increased exponentially.

“The key to overcoming traffic congestion is with coordination,” Lu says. Perhaps, but first genius must conceive the coordinates that make it possible. Dr. Kevin S. Lu makes a convincing case that he has done just that. Stop by ConExpo's Tech Experience center and see for yourself.