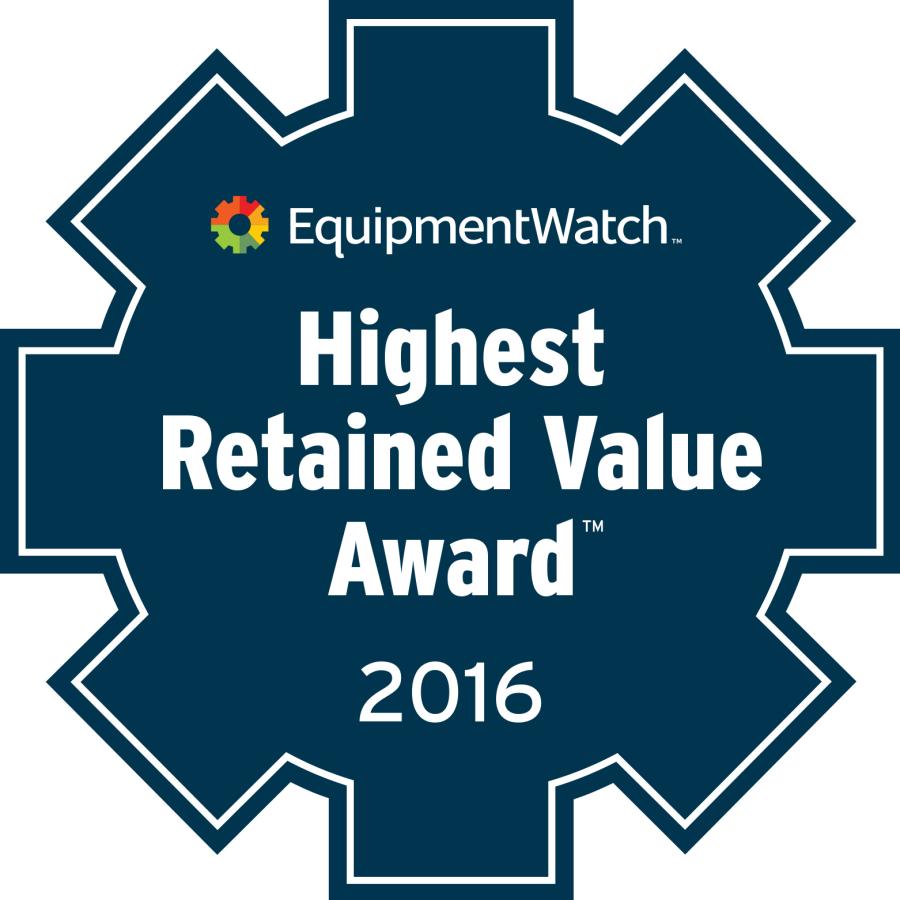 EquipmentWatch, the world's leader in data, software and insights for the heavy equipment industry, has announced the winners of the first Highest Retained Value Awards. The awards recognize manufacturers in 26 different heavy equipment categories across the construction, agriculture and lift/access industries for products that show the highest residual value over the last five years.

“Retained value is one of the most powerful measures of quality, performance and longevity for a piece of heavy equipment,” says Garrett Schemmel, vice president & market leader, EquipmentWatch. “A high retained value generally shows that a machine has been successful at the work demanded of it, has presented minimal maintenance issues over its service life, and still presents a high value to buyers on the resale market. Each of these machines represents quality and gives buyers confidence in their investment on both the new equipment and equipment resale/auction markets.”

The EquipmentWatch Highest Retained Value Awards are powered by the world's largest sales transaction database of equipment valuations – it adds nearly $20 billion in equipment transactions each month across both the dealer (private) and auction (public) disposition channels. Using this data, the five most popular products in each category from the previous year are identified. Then, using the proprietary ValueTrend Engine™, a custom-built values calculation platform, EquipmentWatch compares their five-year estimated values, and the series with the highest cumulative estimated value retained over that time is declared the winner.

“Manufacturers can be proud of each machine series that has won, as it represents their commitment to produce and support quality products that stand the test of time in these demanding applications,” adds Schemmel.

EquipmentWatch is the trusted source for heavy equipment data and intelligence. EquipmentWatch produces the leading database information products for the construction equipment industry and is the world leader in heavy construction research and serves more than 15,000 professional, high-volume users of construction and lift-truck data. Our online and print products are valuable tools in decisions surrounding the purchase, valuation, operation, and disposal of equipment.