Fay Forges Ahead Over the Yough 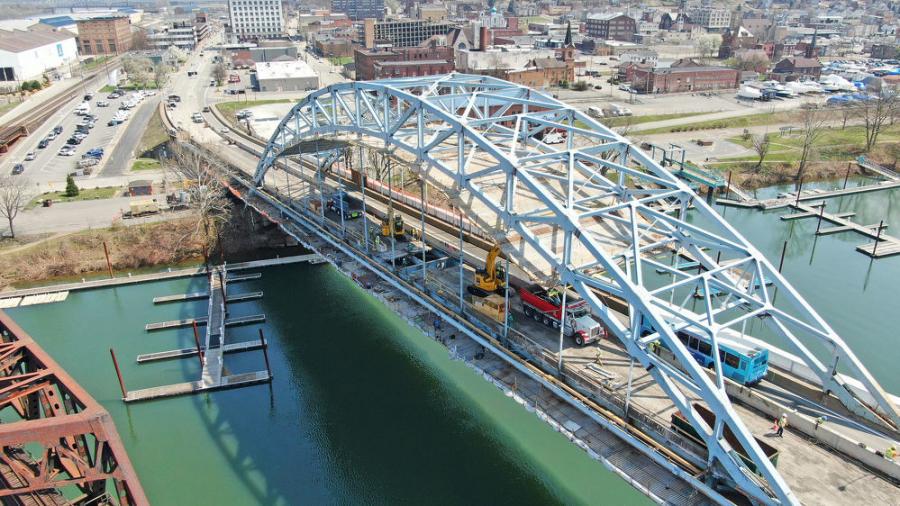 The contract was awarded to Fay for $15.4 million and construction is phased. Crews from the Pittsburgh company began work on this project in August 2020 and will finish in the summer of 2022.

A bridge in McKeesport, Pa., is currently being revitalized for the Pennsylvania Department of Transportation.

The Jerome Street Bridge is an arch bridge crossing the Youghiogheny River. It opened in the current design in 1937 and was previously rehabilitated in 1988. The bridge length is 755 ft. long with a main arch span of 455 ft. in length.

The contract was awarded to Fay for $15.4 million and construction is phased. Crews from the Pittsburgh company began work on this project in August 2020 and will finish in the summer of 2022.

Spear reported that a single 12-ft. lane will be maintained in the eastbound direction to allow the approximately 11,000 daily motorists to use the bridge during construction. The deck replacement will be completed during the 2021 season, opening the bridge to preconstruction traffic by November 2021. 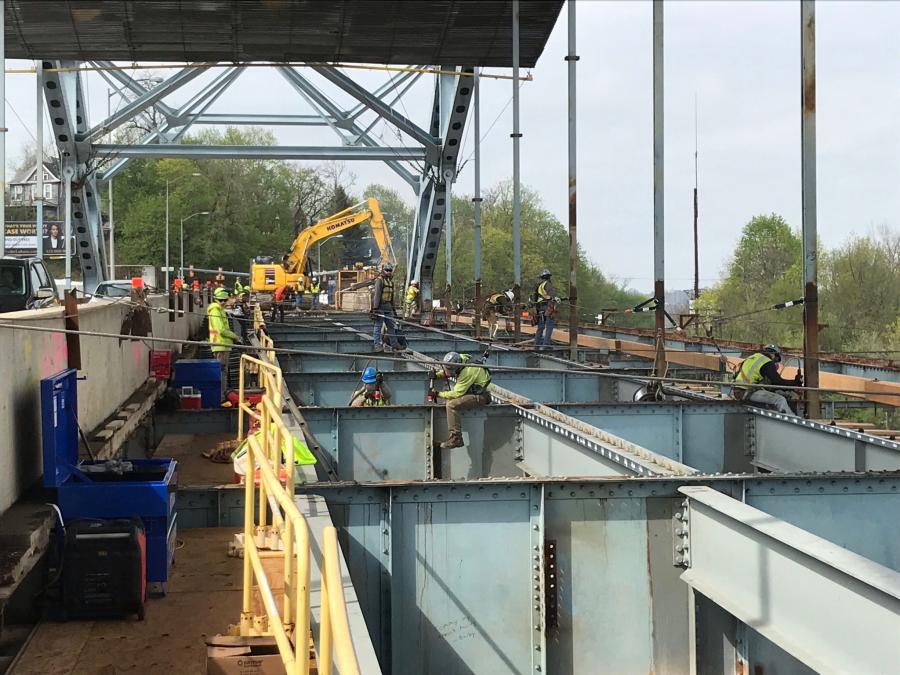 "A unique aspect of the construction is that the demolition activities are working collaboratively with the installation of the new stringers," said Michelle Olszewski, project manager. "The two crews work together, immediately replacing old steel with new as they move across the structure."

Komatsu PC238 excavators with E64 hammers are being used to remove the existing grid deck, stringers and joists. Demolition began in the center of the bridge, progressing in each direction simultaneously, toward the abutments. These same excavators are used to install the new stringers as the crews work outwards. Additionally, the sidewalk and parapet will be removed.

Subcontractor Amelie Construction is responsible for concrete substructure repairs and bearing replacements, along with major steel repairs. Spear noted that this will improve the durability and lifespan of the bridge.

The new deck will be constructed of lightweight concrete and will receive a polyester polymer concrete (PPC) overlay to enhance the life of the bridge in the long-term. This method also is an accelerated construction method as it has a cure time of approximately four hours.

"Simultaneously, the entire superstructure will be painted to enhance the aesthetics," Spear said. "Our painting subcontractor, Avalotis Corporation, will use containment enclosures to prevent the debris generated during surface preparation on the bridge superstructure from entering the environment. Enclosures are generally made up of cover panels, scaffolds, supports, screens, and tarps. These systems also employ a vacuum system to capture the removed particles."

Once all the rehabilitation is completed, the bridge will look similar to a newly constructed one. Fay and Fay Southeast, both part of S&B USA Construction, have completed many similar rehabilitations of bridges and replacements of others in the Pittsburgh area, as well as in Maryland and Virginia. CEG