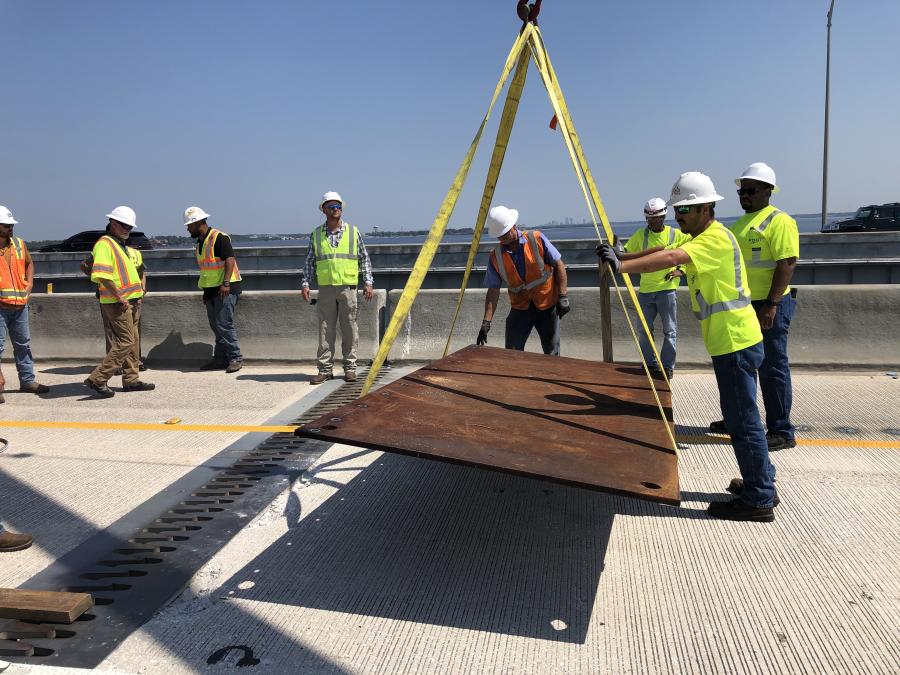 Large metal plates were put over the finger joints.

Construction crews spent nearly nine hours trying to fix expansion joins on the Buckman Bridge in Jacksonville, Fla., following reports of damage the morning of May 27.

The southbound lanes of the bridge were reopened late the same day after the Florida Department of Transportation (FDOT) pulled construction crews who worked on temporary repairs to the roadway, reported First Coast News.

Those same lanes of Interstate 295 from U.S. Highway 17 to the Buckman Bridge were blocked shortly after 7 a.m. after the Florida Highway Patrol received a call about possible damage to the span. When troopers arrived, they saw "an area of minor damage to the roadway," which forced the closure.

FDOT spokesperson Hampton Ray said damage was discovered in the expansion joints in one of the central segments of the bridge.

"The finger joints are expansion joints, so when concrete heats up it expands, and when it gets colder it contracts. We expect it, it's part of our construction process," he explained.

Immediately following the closure and the arrival of crews on the scene, sounds of construction could be heard from underneath the center of the bridge.

The FDOT told First Coast News that to remedy the situation, large metal plates were put over the finger joints. The state agency added that the temporary fix will be safe for drivers until crews can permanently address what it calls a "routine maintenance issue."

Additional permanent fixes will take place in the coming weeks, Ray reported to the news outlet. He also expects those repairs to take place during non-peak travel hours.

"We know it was a real inconvenience for people driving to work this morning," he noted May 27. "We don't anticipate another full detour of the bridge; when we do a permanent fixture of this [bridge], it will be looked at as lane closures."

Most Jacksonville residents have a love-hate relationship with the Henry Holland Buckman Bridge. While it provides a vital artery to cross the St. Johns River to access Mandarin or Orange Park, many commuters that use the crossing believe it to be too congested and a dangerous area for crashes.

The Buckman Bridge first opened to traffic in May 1970 and became a powerful influence on development on both sides of the river, according to First Coast News.

That led to a needed expansion project of the 3.1-mi.-long bridge in the mid-1990s because its average daily traffic use had increased nearly 11-fold in 20 years. The project added two travel lanes and two safety lanes to each of the twin spans before being completed and fully reopened in January 1997. 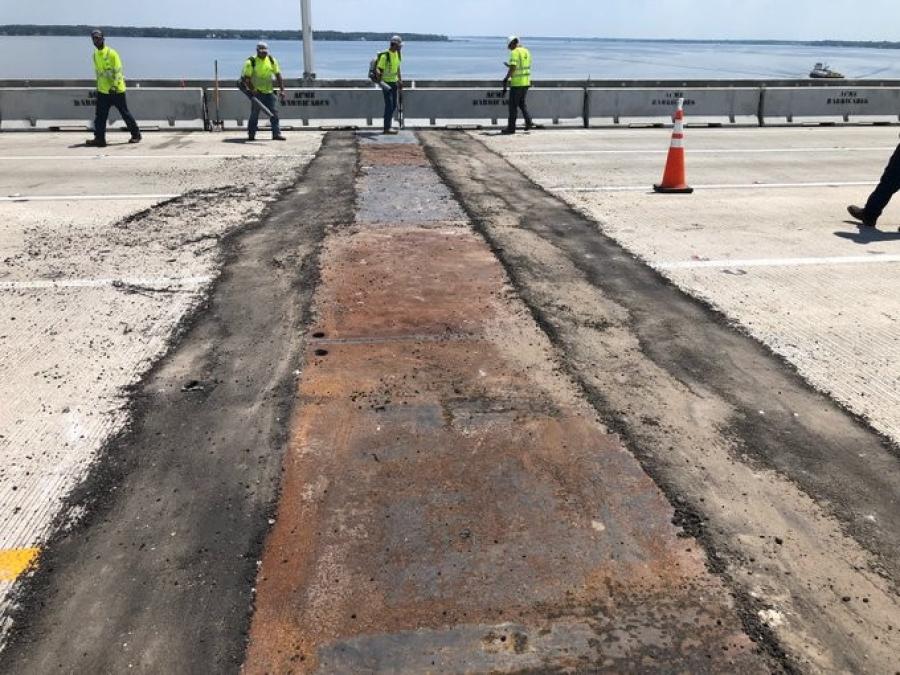