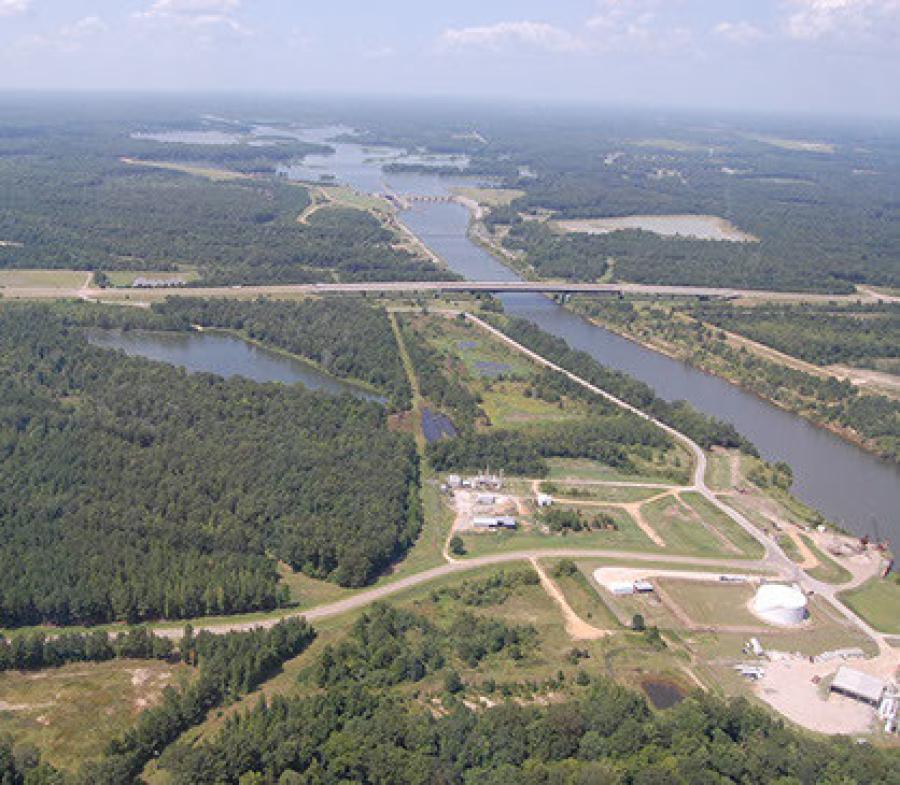 Officials with the City of Aberdeen Port in Mississippi hope that the recent infusion of $4 million in federal money to build a railway for easier transport of materials will spur economic development around not only the port, but the northeast region of the state.

Mississippi's two U.S. senators, Roger Wicker and Cindy Hyde-Smith, along with Congressman Steven Palazzo, made the announcement in late December that the U.S. Department of Transportation (USDOT) was granting the port $4 million as part of an initiative to improve American ports.

With the money, the port will build 14,000 ft. of new rail spur in Aberdeen that will provide local chemical and other manufacturers along the Kansas City Southern (KCS) Railroad direct access to the nearby Tennessee-Tombigbee Waterway, which they use to move their products via barges.

The rail spur also would allow the port to offer multi-modal services by connecting it to the Class I rail. KCS has agreed to operate the spur once it is built.

Currently, companies must send their products along the mainline to Columbus, Miss., south of Aberdeen.

"What we need and what we want is to have a more vibrant port that actually serves the area in all the other commodities that're available," Aberdeen Mayor Charles Scott told the Associated Press. "The work that we do down here on this dock will change our community for a generation."

Aberdeen officials plan to begin construction on the Port Rail Spur Connector Project later this year or early in 2023 after finishing dock upgrades in October, he said. Money for those improvements had come from a previous grant.

"The goal is to take care of the dock, make it usable and have the rail infrastructure that allows us to connect the railway in here too," Scott explained.

The USDOT awarded $241 million in grants to 19 states and one territory as part of the Port Infrastructure Development Program (PIDP) to improve the nation's supply chain.

"A lot of people, when they think about supply chains, they're picturing some of those big coastal ports in California," said U.S. Transportation Secretary Pete Buttigieg. "And of course, that's very important, but just as important are places like the Tennessee-Tombigbee Waterway — those inland ports [that] we call marine highways."

The Port of Aberdeen is one of two in the state that received federal funding at the end of 2021, along with Port Bienville in Hancock County, along the Gulf Coast.

"This is about getting goods where they need to be and making sure we do it efficiently and on time," Buttigieg added. "That's why it's important for us to be supporting places like the Port of Aberdeen."

Mississippi's congressional delegation had written letters of support for applications submitted by both the City of Aberdeen and Hancock County Port and Harbor Commission for the PIDP grants.

"Ports, waterways and the broader maritime industry are a cornerstone of Mississippi's continued economic growth," Sen. Wicker said in a release. "Increased support for hard infrastructure at Port Bienville and the city of Aberdeen is good news for job creators, dockworkers and consumers alike. These projects will streamline connectivity and capacity, allowing more commerce to move through our waterways every year."

Sen. Hyde-Smith, a member of the Senate Appropriations Committee, added, "The completion of these two projects to improve port and rail coordination will expand the ability of these ports to handle more goods and services. Improved rail infrastructure at Aberdeen and Port Bienville will lift both regions economically, which is a more than worthwhile goal."