Federal officials have given their final approval to plans to replace Corpus Christi’s Harbor Bridge. 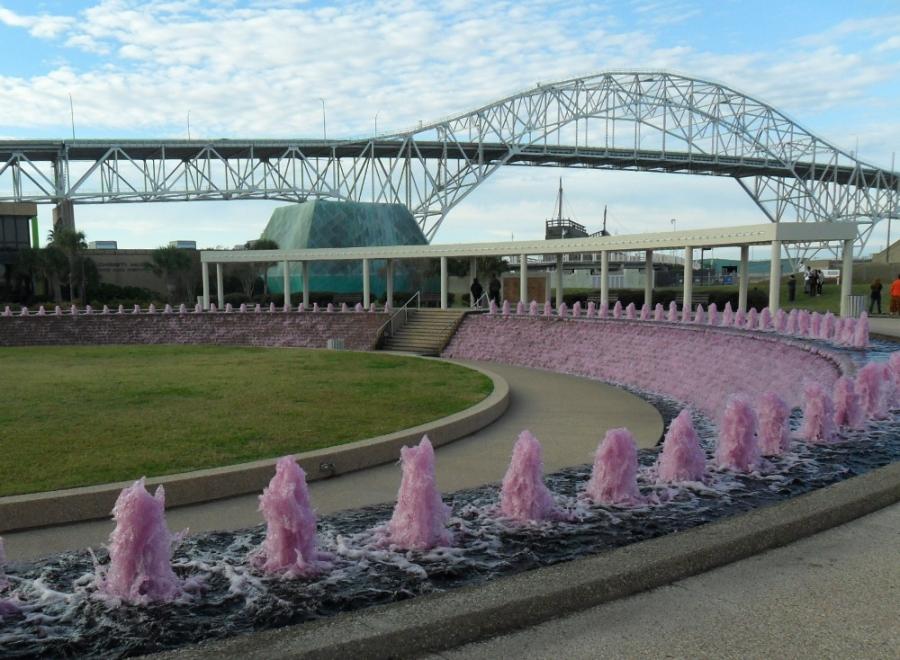 Image courtesy of Wikipedia. Federal officials have given their final approval to plans to replace Corpus Christi’s Harbor Bridge.

Corpus Christi port officials announced Jan. 8 that the Federal Highway Administration has issued a record of decision for the $1.15 billion project, the final step in the environmental impact statement process.

The present steel arch span opened in 1959, replacing a drawbridge that had previously carried U.S. 181 over the harbor. However, Corpus Christi port officials wanted a bridge with more clearance for larger ships than the present 138 ft. (42 m).

Plans now call for construction of a higher cable-stayed suspension bridge with a vertical clearance of more than 200 ft. (61 m) to be completed by 2020 about 1,000 ft. (305 m) west of the present bridge. The new span would be funded by the port of Corpus Christi, the city of Corpus Christi and Nueces and San Patricio counties.

Transportation officials have identified the preferred path for the southern approach as cutting through Hillcrest, a predominantly black neighborhood. A voluntary relocation and buyout agreement has been brokered with attorneys for affected residents and $20 million has been allocated for voluntary buyouts for residents in the path.