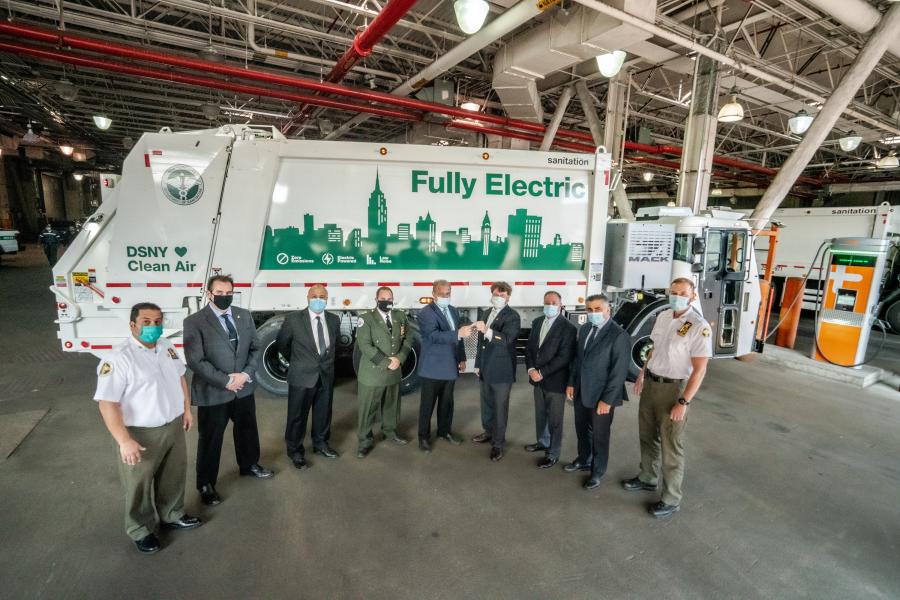 Mack Trucks has turned over the keys to its highly anticipated LR Electric demonstration model to New York City Department of Sanitation (DSNY) officials, who will put it through rigorous, real-world trials.

The announcement was made during Climate Week NYC 2020, the biggest climate summit taking place this year and coordinated through the United Nations and New York City.

DSNY is the world's largest municipal sanitation department, with roughly 12,000 tons of refuse and recyclables collected each day by more than 6,000 vehicles. Its collection fleet is comprised predominantly of Mack vehicles.

DSNY will base the Mack LR Electric demonstration model at its Brooklyn North 1 garage and conduct an in-service trial on local collection routes, evaluating operating range, payload capacity, regenerative braking and overall functionality of the electric refuse vehicle in their operations. 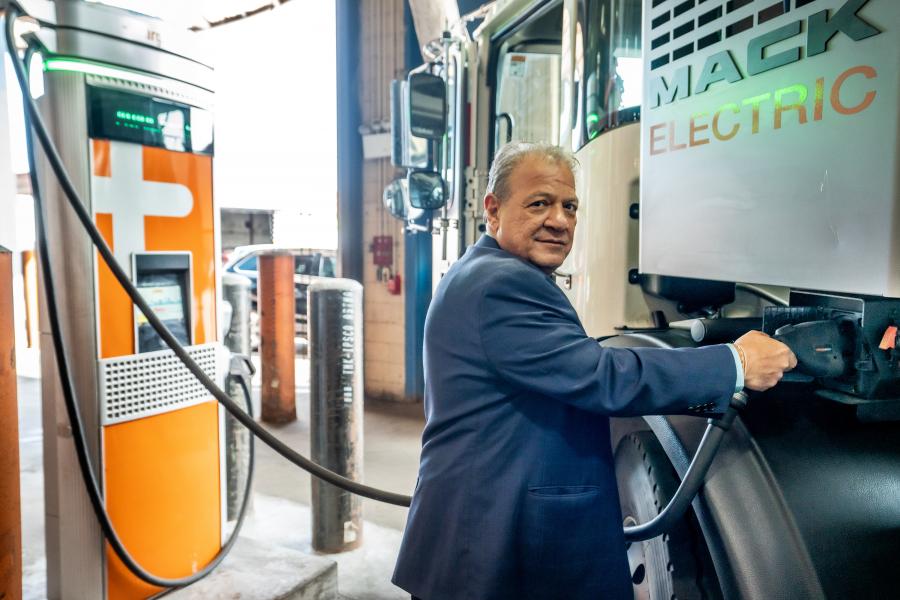 "Electric trucks will be a key component to helping New York City meet its ambitious goal of reducing GHG emissions by 80 percent by the year 2035."

Mack announced earlier in September its plans to commercialize the LR Electric model in 2021, enabling customers to collect refuse in a more environmentally friendly way.

All accessories on the Mack LR Electric model, including the hydraulic system for the Heil Durapack 5000 refuse body, are electrically driven through 12V, 24V and 600V circuits.

Mack unveiled the DSNY LR Electric demonstrator in May 2019 and demonstrated the vehicle to DSNY officials in January 2020 at the Mack Customer Center in Allentown, Pa. 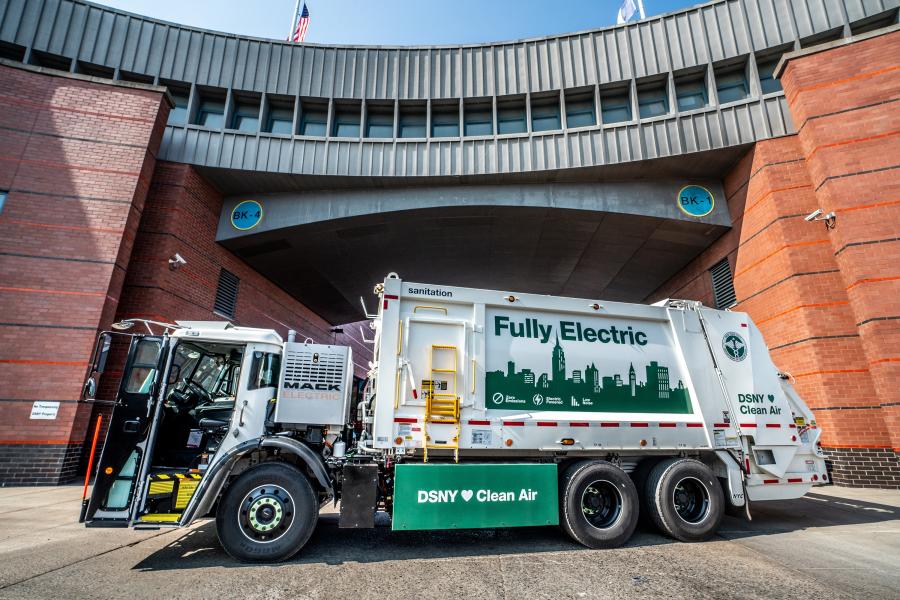