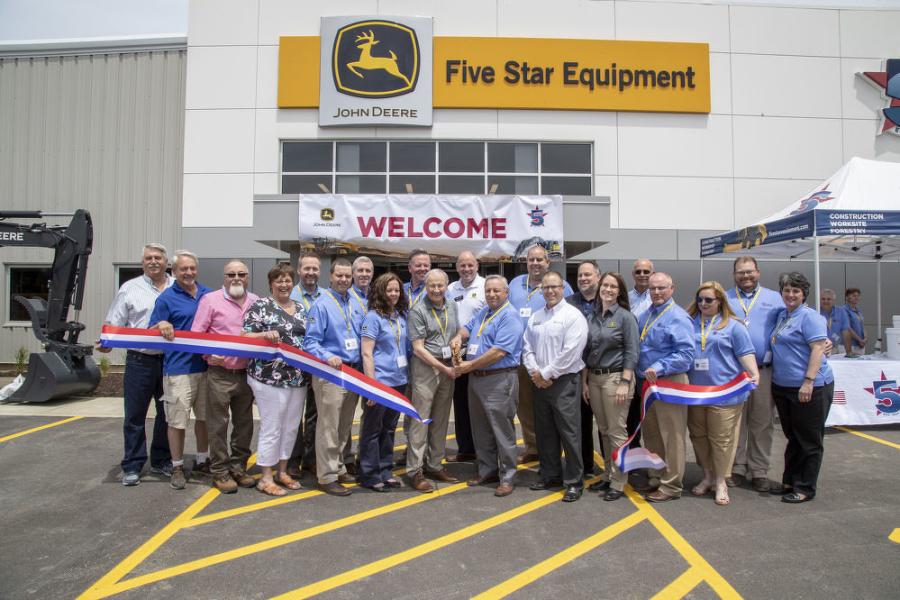 Five Star Equipment celebrated the grand opening of its new facility at 284 Ellicott Rd. in Orchard Park, N.Y., on June 12.

Five Star Equipment celebrated the grand opening of its new facility at 284 Ellicott Road in Orchard Park, N.Y., on June 12.

The 25,000-sq.-ft. facility was built specifically for Five Star Equipment, incorporating modern design features geared toward maximizing efficiency and service capabilities for its customer base.

The Orchard Park branch provides sales, rentals, parts and service throughout Erie County as well as Cattaraugus, Chautauqua and Niagara counties. The branch is home base for two service vehicles and 19 employees. While the grand opening celebrations took place in June, the new Orchard Park branch has been operational since this past December.

Five Star's Orchard Park grand opening attracted a crowd of more than 200 area contractors and municipal workers, who were treated to door prizes and giveaways as well as food and refreshments from Buffalo's Best Grill & Catering. Dignitaries and company representatives from John Deere were on hand at the event along with manufacturer representatives from many of the dealership's equipment lines.

Five Star CEO Bill Farrell said, "the new Orchard Park facility is about more than a new building, it's an investment in both our employees and the people we serve. Our goal is to create an environment that provides our people with the tools they need to achieve success and in turn, providing our valued customers with world class equipment backed by outstanding service."

Longtime John Deere equipment owner John Zoladz of Zoladz Construction expressed an opinion echoed by many in attendance at Five Star's Orchard Park Grand Opening, saying, "All of the people Five Star Equipment are great to work with — they definitely don't work by the clock, if we need something, they're always available."

According to Five Star Equipment's Director of Marketing Patricia O'Brien, the construction of the new Orchard Park branch is part of the company's long-term strategic growth plan, which includes either new facilities or upgrades at all of its locations. Five Star's new facility in Syracuse is currently under construction while they continue to operate out of their current location. In all, Five Star Equipment operates eight locations throughout western New York and Pennsylvania.

Five Star Equipment was established in 1980 when founders Frank Gallo and Bill Bochicchio, Sr. acquired the John Deere Construction & Forestry dealership in the Scranton, Pa., market. Five Star Equipment is the authorized dealer of John Deere, Hitachi, Bomag, Fecon and offers products from a number of additional lines, including Eager Beaver and Trail King trailers as well as a wide range of attachments and equipment for applications in construction, forestry, municipal maintenance and pipeline industries. 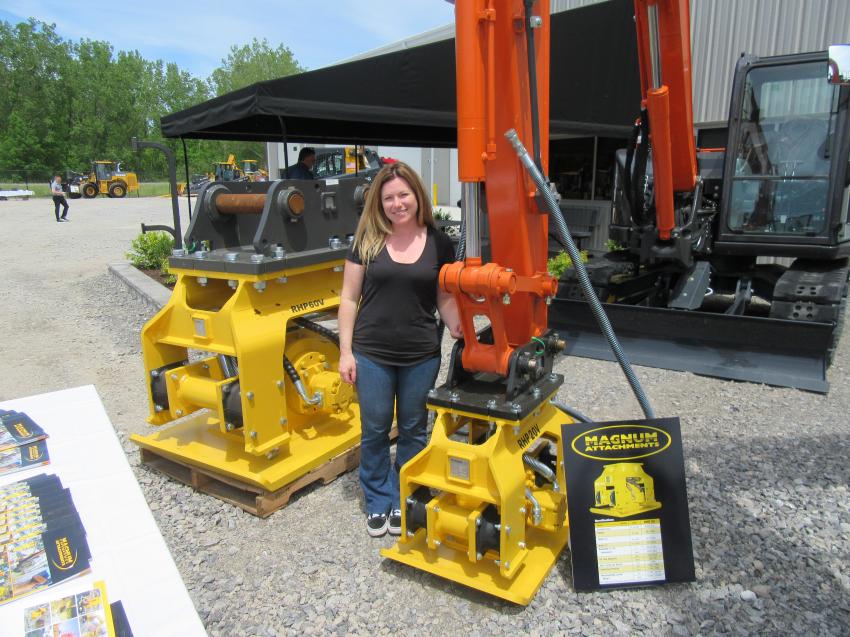 Tracy Bottrell of Magnum Attachments is seen here with two versions of the company’s compactor attachments. 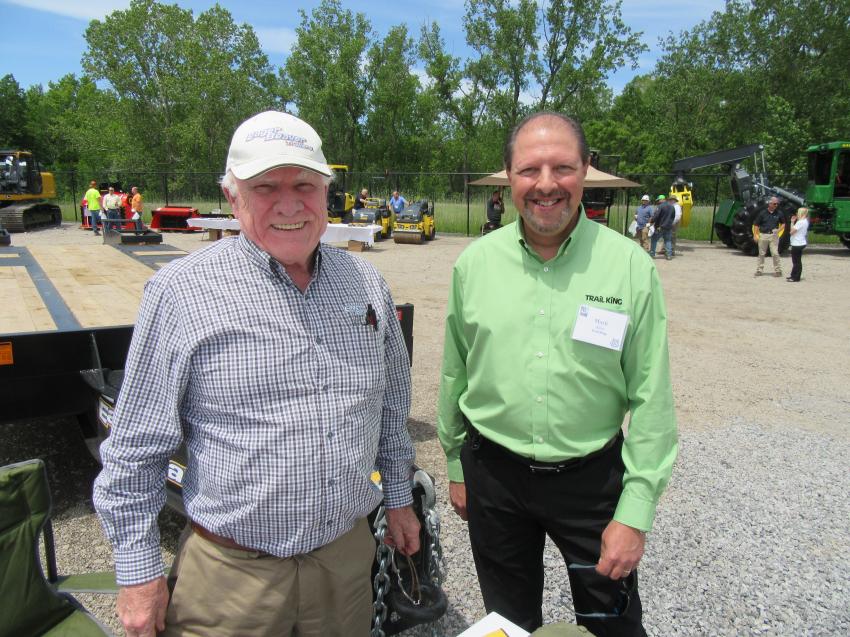 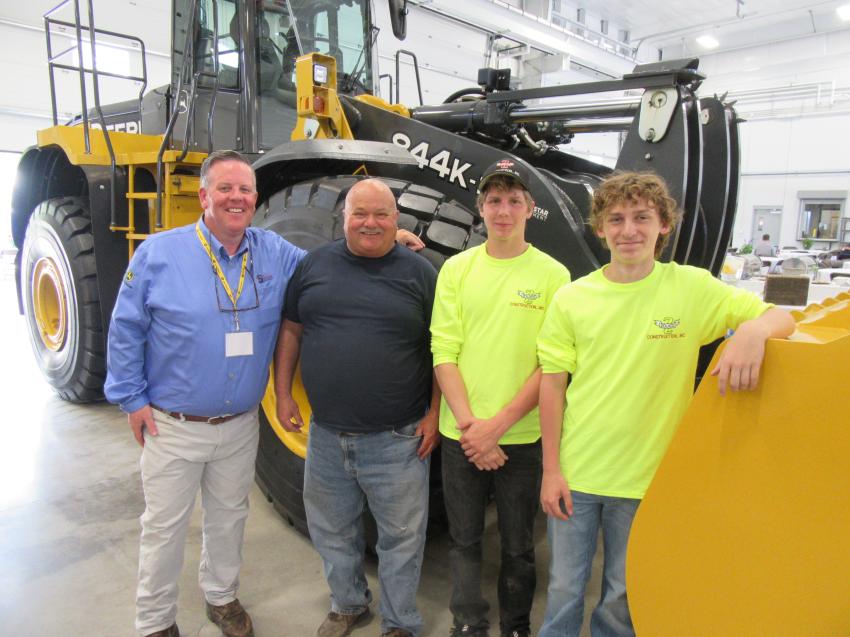 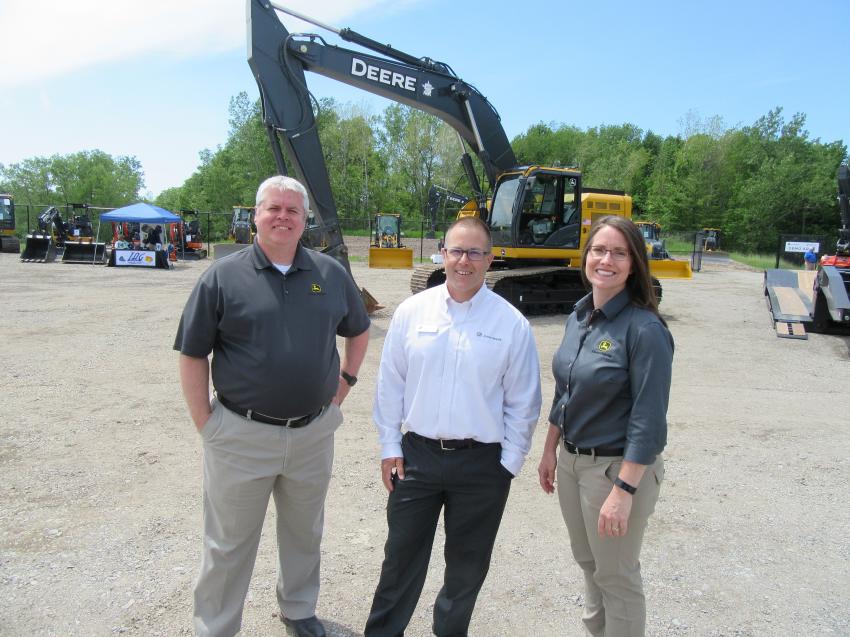 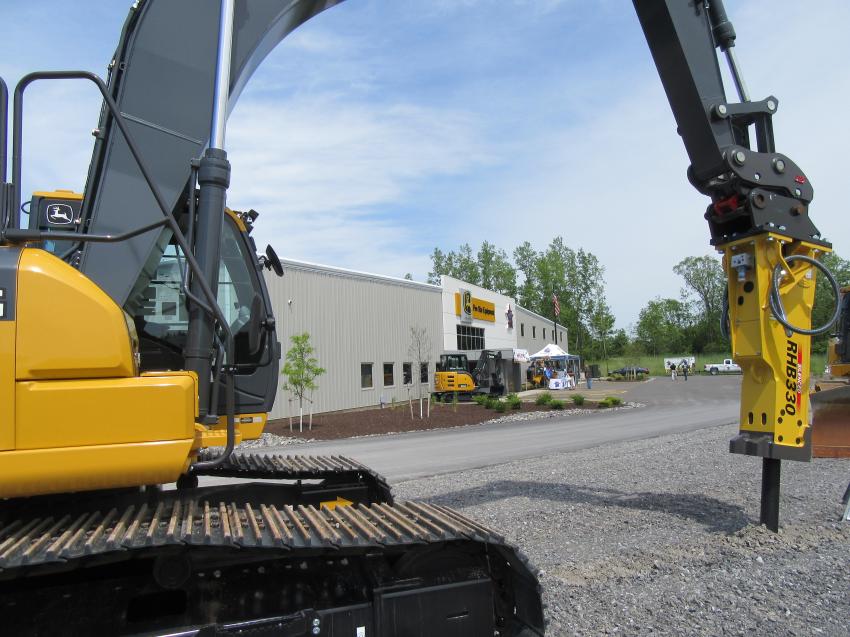 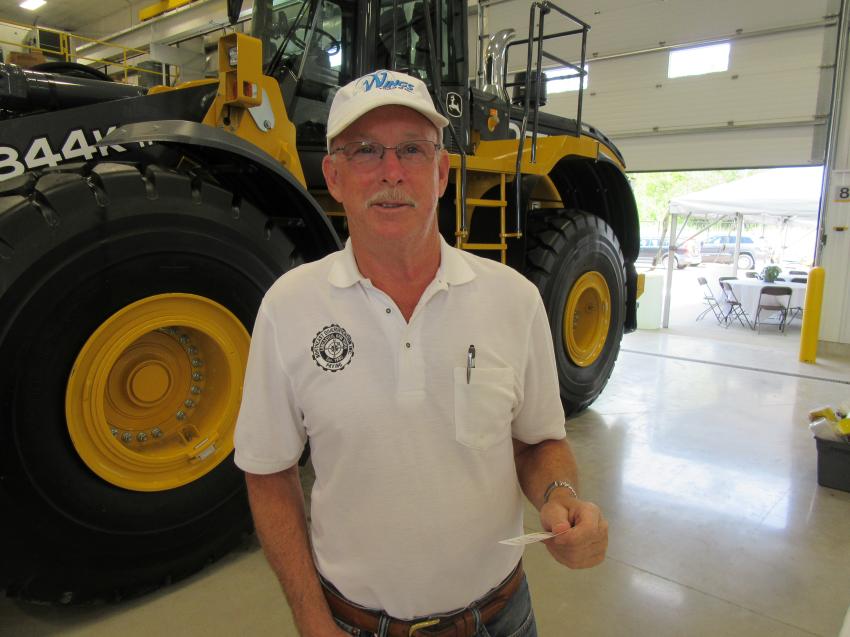 Lee Cadby of Northeast Diversification Inc. said his company has relied on John Deere equipment for approximately 38 years and that both the machines and Five Star Equipment provide outstanding service. 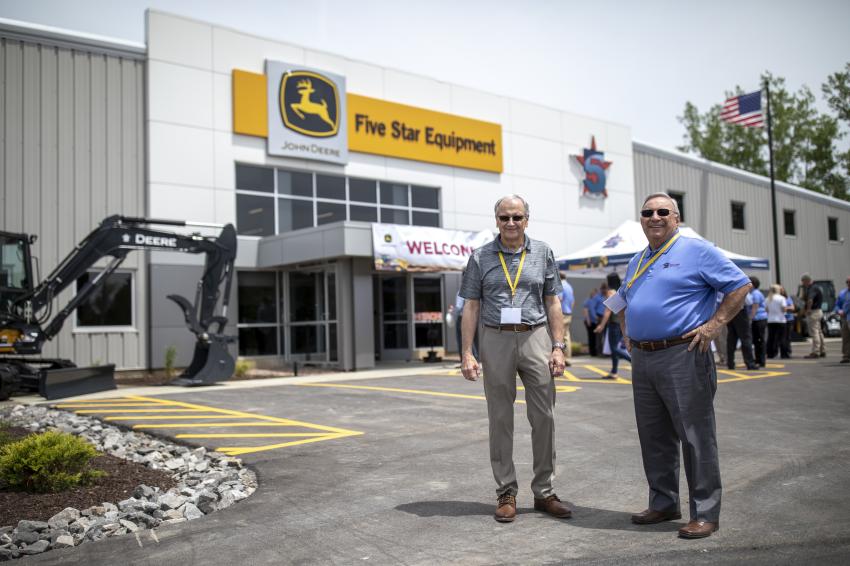 Five Star Equipment Owners Bill Bochicchio Sr. (L) and Frank Gallo were on hand to meet with customers during the grand opening. 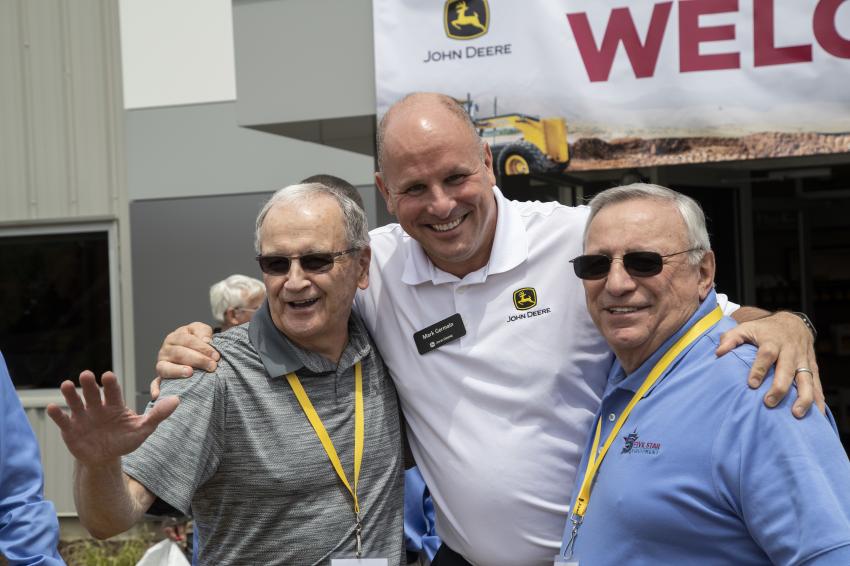 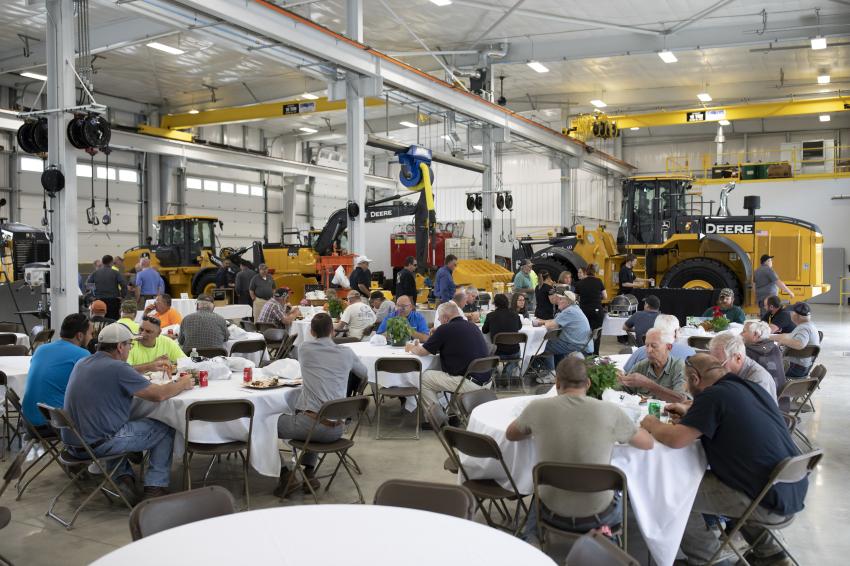 Guests enjoy lunch in the eight-bay service area, which is equipped with two 10-ton overhead cranes and a separate wash bay. 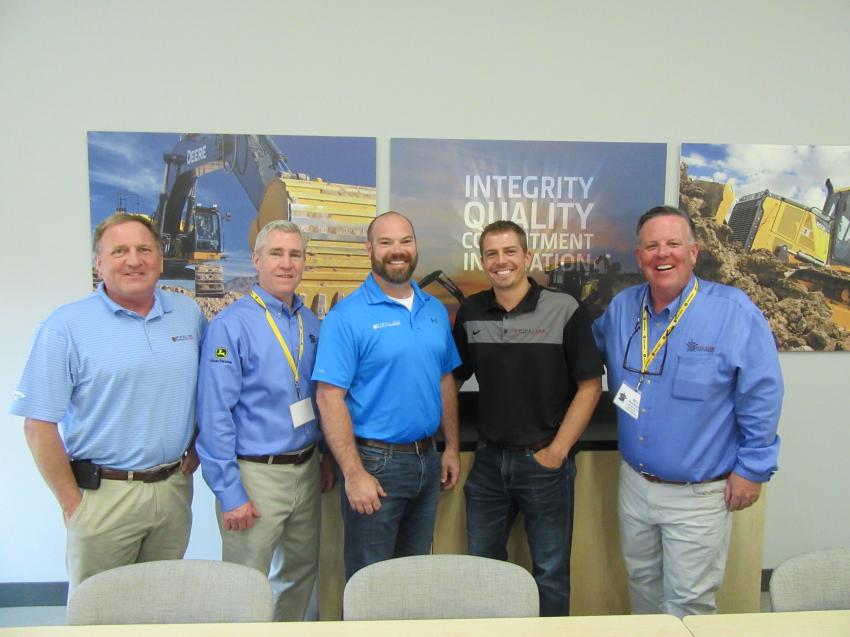 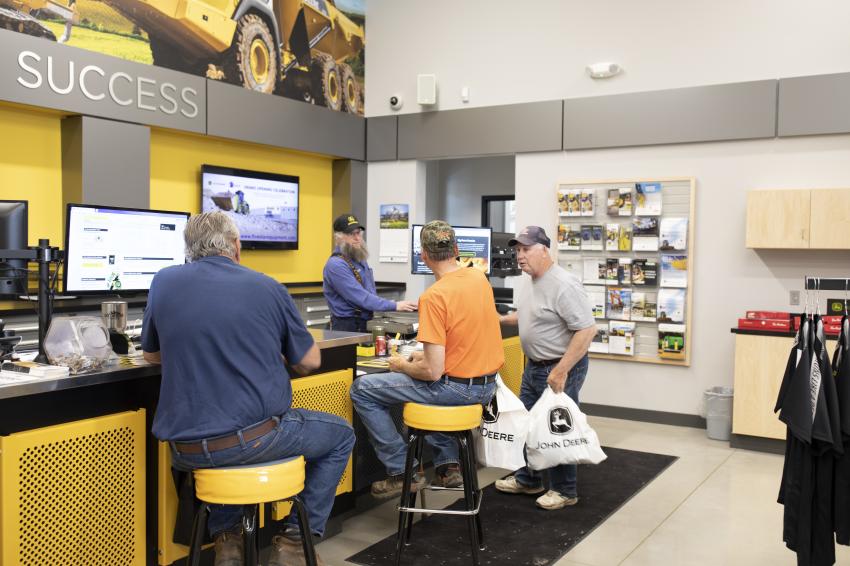 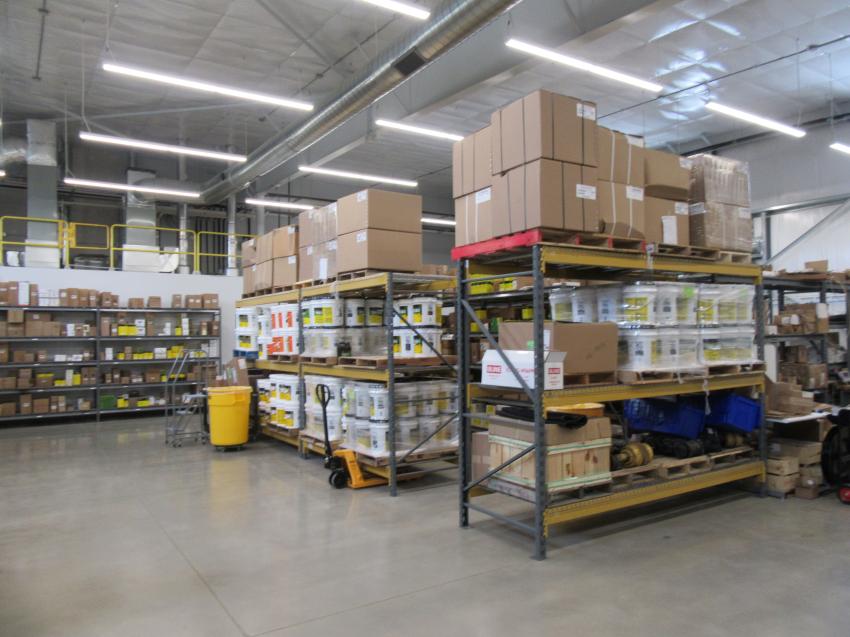 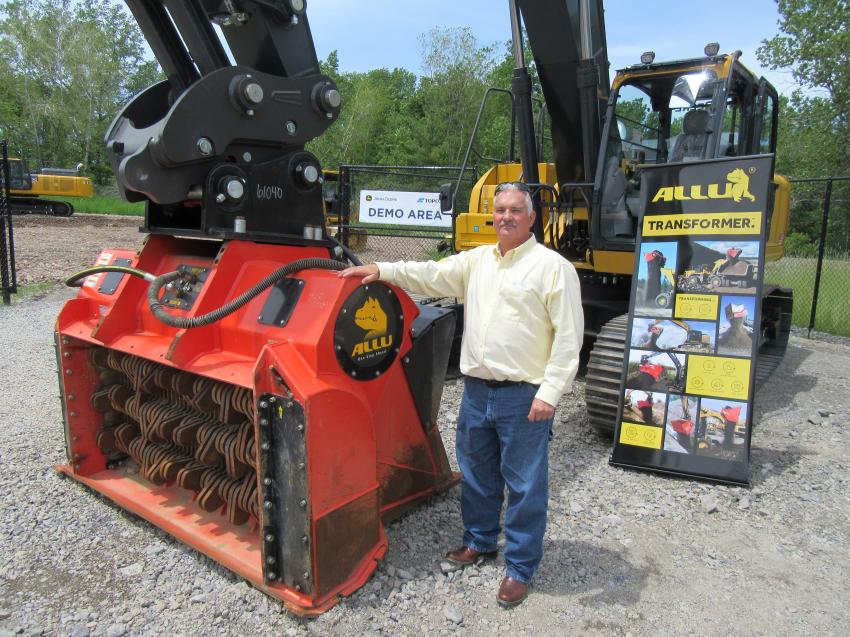 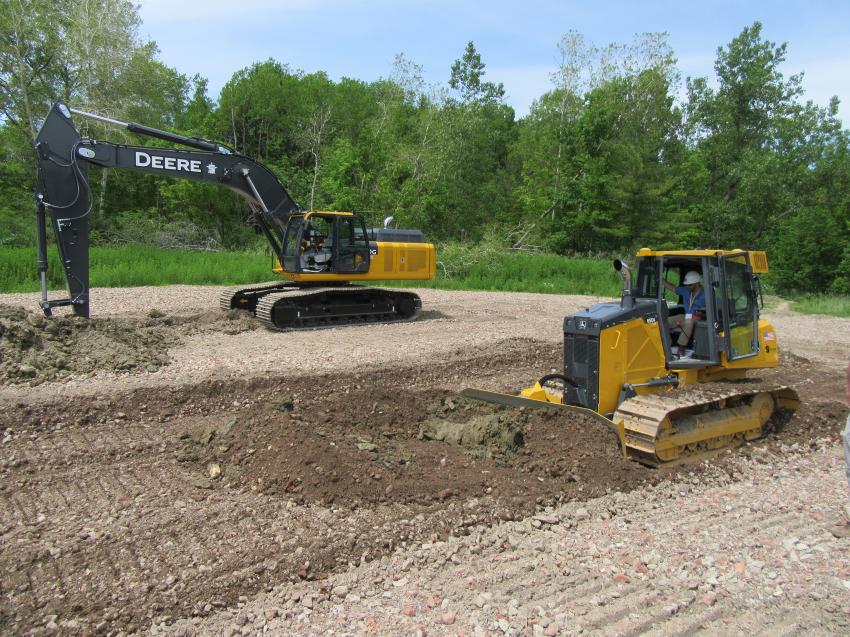 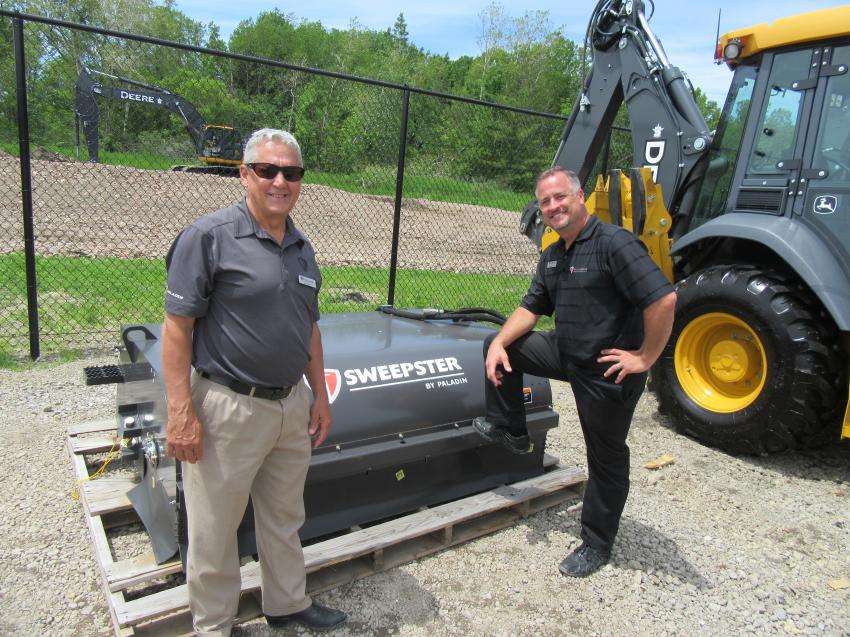 Paladin Construction Group’s Ben Allgyer (L) and Christian Jarzab had a variety of attachments on display in the outdoor vendor area, including this Sweepster broom attachment. 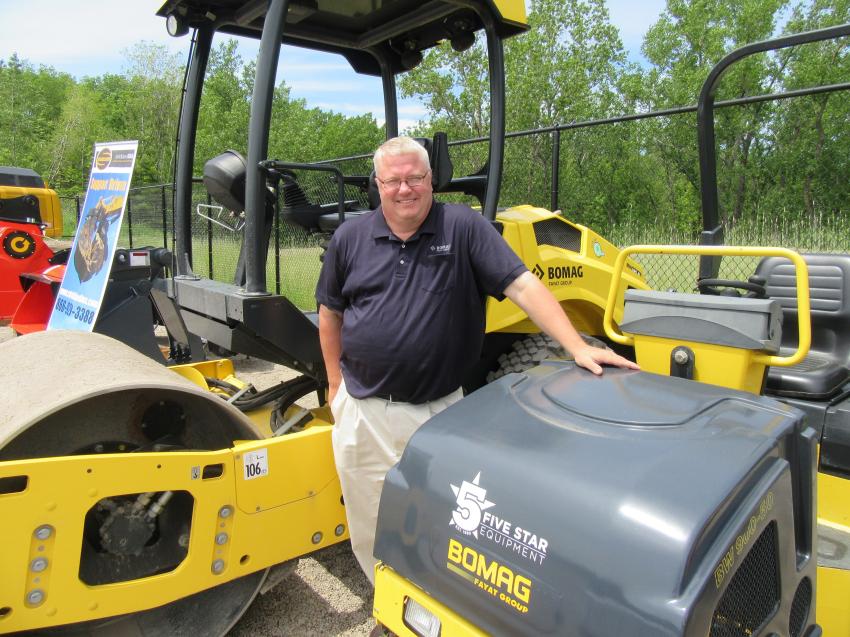 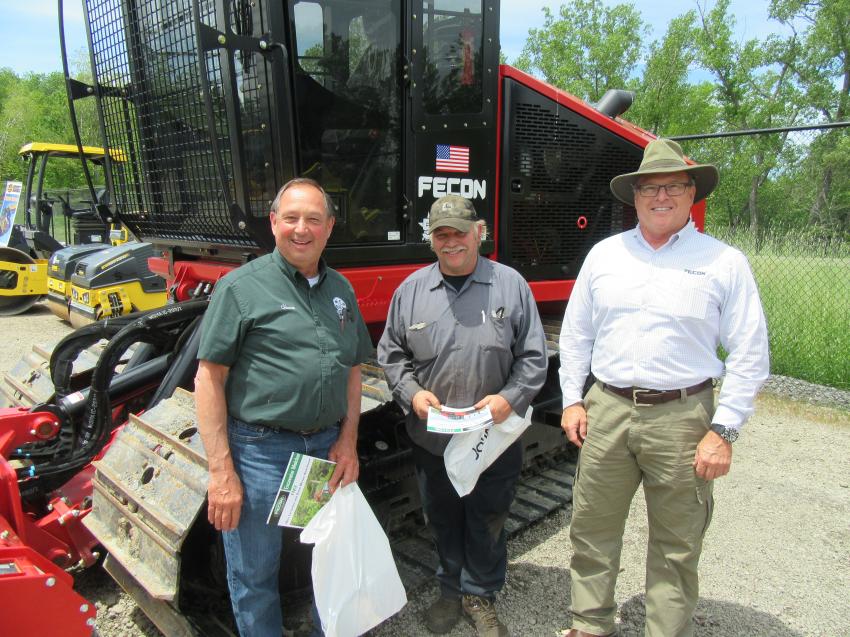 (L-R): Chuck McNiff and Roger Becker, both of the Town of Clarence, spoke with Fecon’s Joe Cox about the company’s wide range of land clearing equipment. 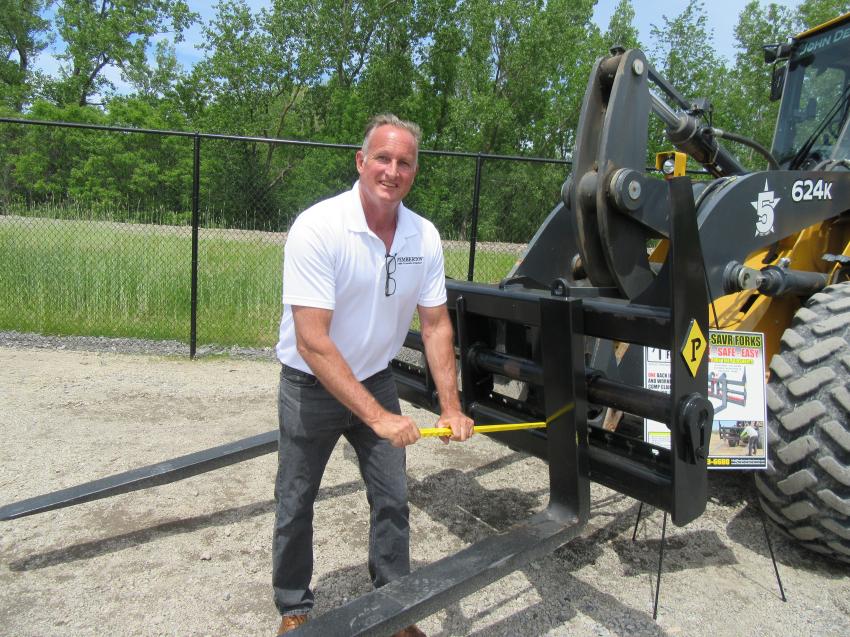 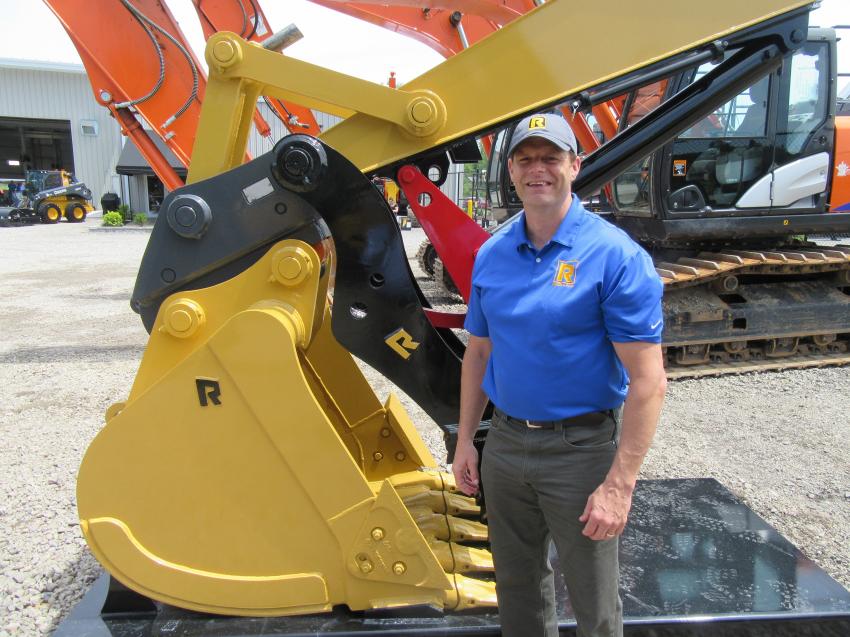 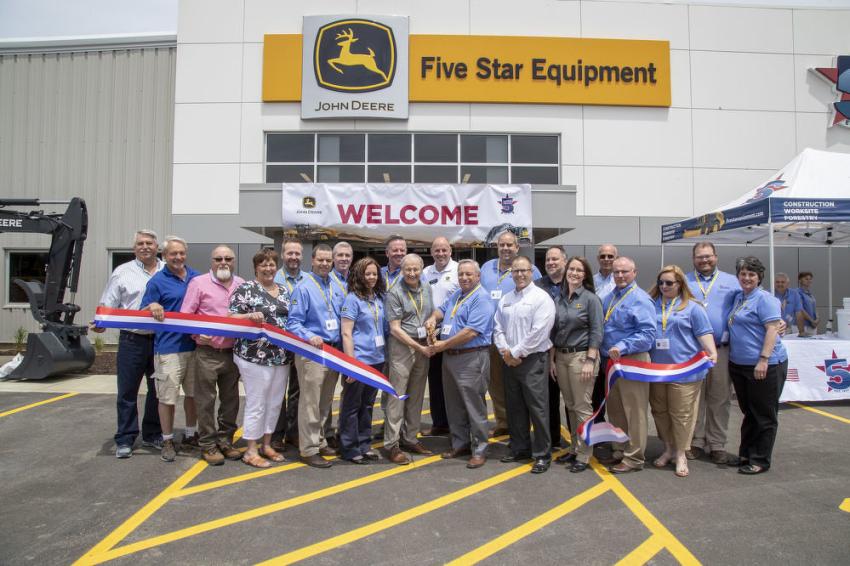 Five Star Equipment celebrated the grand opening of its new facility at 284 Ellicott Rd. in Orchard Park, N.Y., on June 12.