When Louis Vinagro III and his wife, Maria, founded Full Circle Recycling, Johnston, R.I., in 2007, it was essentially a paper and cardboard recycling facility. They have since worked to expand the area of materials that they receive and process, with one of the biggest additions being used automobiles in 2013, along with ferrous and non-ferrous metals. 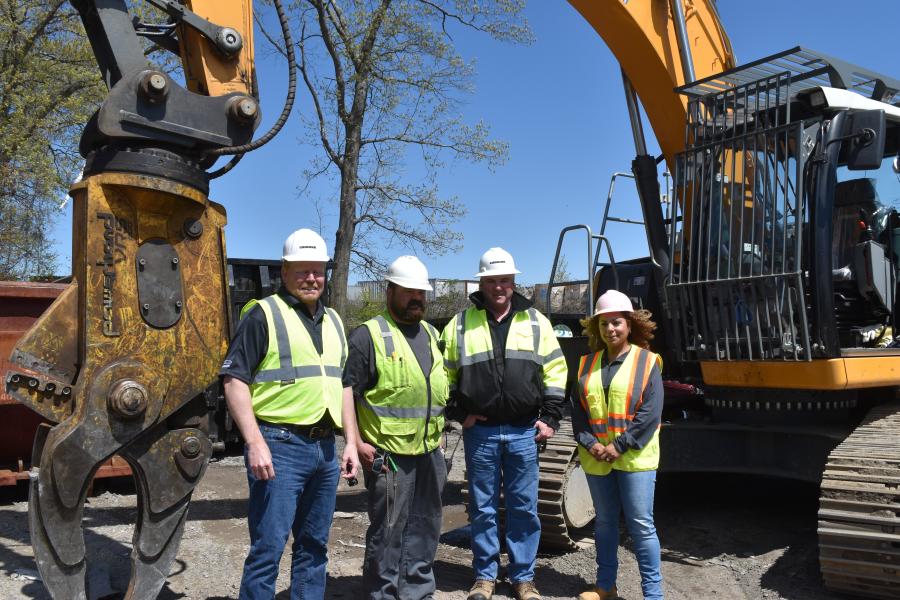 The Vinagros recently purchased a very unique combination of Liebherr excavator and innovative attachment from New England Road Equipment that has reinvented how they scrap the automobiles.

When recycling an automobile, it is critical for the recycling facility to cost-effectively sort out some of the more valuable commodities. Obviously, steel, but also wire harnesses, non-ferrous metals, alternators, starters and engines all need to be removed from the vehicle and sorted, which is a very labor-intensive process.

Depending on the material, profit margins in the recycling business can be very narrow, and finding ways to improve efficiencies is a never-ending search. One of the resources that the Vinagros use is the Institute of Scrap Recycling Industry (ISRI), an association that recyclers like themselves belong to as a resource to network with other recyclers that face some of the same challenges that they face on a daily basis.

Back in 2018, at one of ISRI's conference/trade shows, Vinagro was exposed to an excavator/attachment system called Powerhand that had the potential to revolutionize how Full Circle processes junk automobiles.

The Powerhand VRS 200 series vehicle dismantler is a system of excavator attachments that dramatically eliminates manpower from the process of sorting out and removing valuable, recyclable items from a junk automobile in a fraction of the time that it can be done by manual labor. Where an excavator's blade would ordinarily be located is now a set of hydraulically driven arms that hold the automobile down and or squeeze the vehicle as you extract different components.

Where one might be used to seeing a bucket, or in a scrap yard, a shear, is now a hydraulic nibbler/grapple with 360-degree rotation, which can reach inside the automobile and easily extract in seconds any recyclable items. The grapple of the attachment also can easily flip the automobile upside down and remove a catalytic converter, all literally in a few seconds of time.

One major problem existed: the product was not even available in the United States and, if it were available, the hydraulic demands of the attachment system were quite extreme and it would take some specialization on the part of the dealership that would install the Powerhand vehicle dismantler to whatever 40,000 to 50,000 weight class excavator it would be matched with. 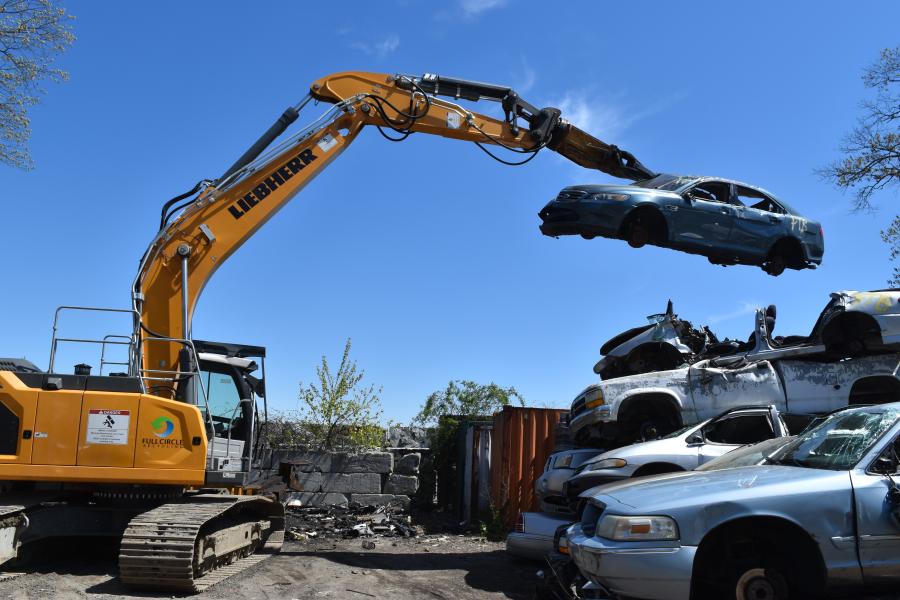 Based upon the recommendation of a good friend, Vinagro reached out to New England Road Equipment's Craig Sickler.

Sickler went to work on a project that would take a significant amount of time to execute, but the rewards for his new potential customer were going to be significant.

Wm Clark and Son / Powerhand, which is headquartered in Scotland and had significant success marketing its automobile dismantling system across Europe and other parts of the world, had not set up any dealer or distribution network for the United States. It welcomed the call from Sickler and New England Road Equipment and their conversation ultimately turned into a deal making New England Road Equipment the U.S. distributor of Powerhand.

During the time it took for Sickler to work out an agreement with Wm Clark and Son, Liebherr had installed a Powerhand to one of its model R922 50,000-lb. excavators in Europe. What was particularly encouraging about this development is that the demands of the hydraulic systems for the Powerhand auto dismantlers are particularly rigorous and require hydraulic diverters to make all of the attachment functions possible. With most manufacturers, these diverters and other modifications would have to be made by the dealership after taking delivery of the excavator from the manufacturer. Liebherr was making these modifications at the factory, which essentially meant that the excavator was coming out of the factory with the modifications made and the modifications be stood behind by the manufacturer — a big plus.

It took a bit of time, but the package was eventually put together and delivered to Full Circle Recycling.

Each automobile entering Full Circle's facility is now having all valuable items removed in only 15 to 20 minutes, with items being removed from each automobile that were never being recycled before, which alone add up to about $100 per automobile, not counting the savings in labor, Vinagro said.

The excavator itself is running with the FPT Tier IV Final engine, which is so fuel efficient "it is literally sipping fuel. It is using about the same amount of fuel a day that one of our skid steers consume," added Vinagro.

When the excavator and Powerhand are not being used to strip cars, Vinagro has found that the nibbler also is quite adept at being used for sorting ferrous and non-ferrous metals and it also has a shear mounted on the side of it that will cut up to 12-in. pieces of metal. 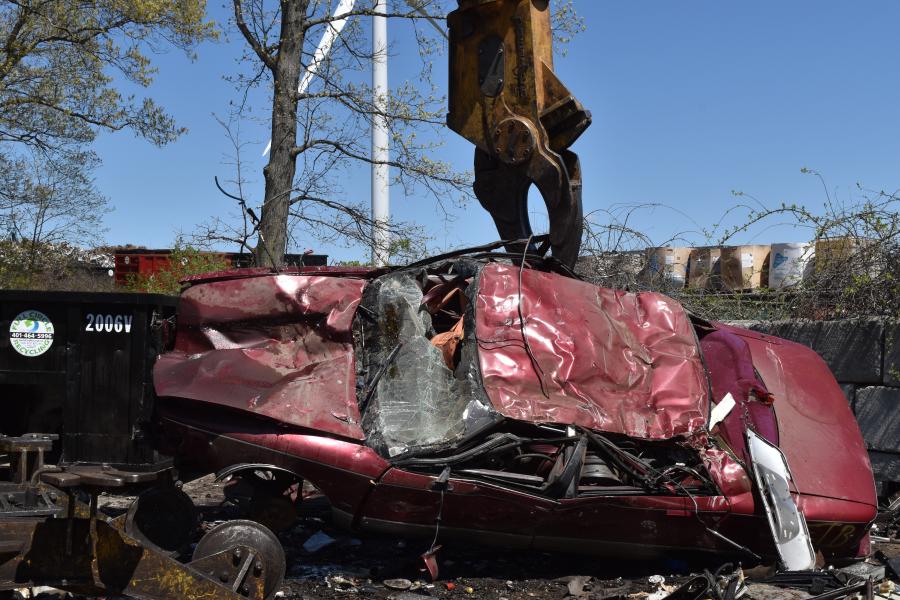 The no-regen FPT Engine system means that the operator never has to worry about stopping production to wait for a regen to complete, which also contributes to the low fuel consumption.

"Factoring in labor, increased car processing volume and the additional amount of scrap retrieved from each automobile, the Liebherr excavator working with the Powerhand attachment system is saving us a significant amount of money each day, which means the system will pay for itself in short order," Vinagro said.