The presentation was at the ACPA’s 52nd annual meeting in Bonita Springs, Fla., December 4. 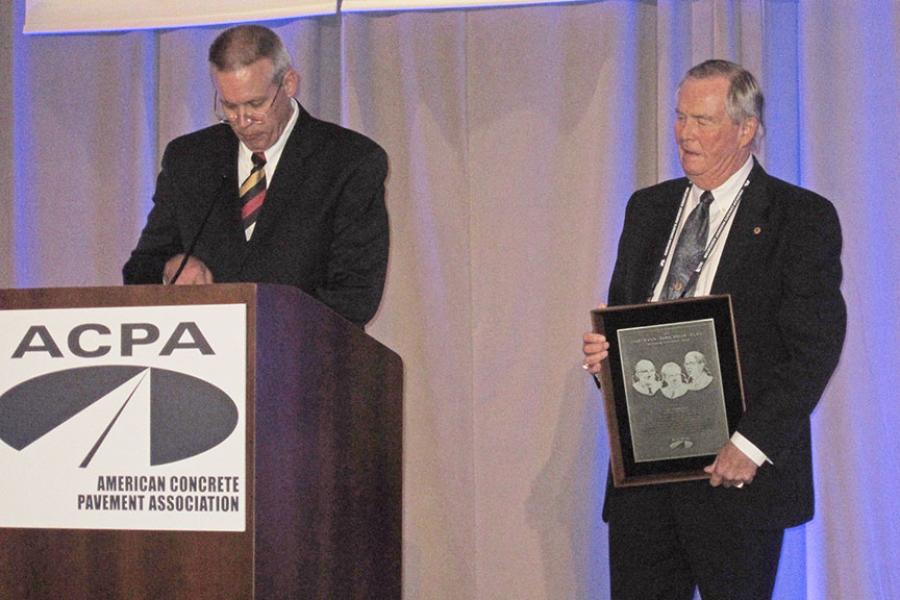 Gary Godbersen, GOMACO president and CEO, was the 2015 recipient of the Hartmann-Hirschman-Egan Award from the American Concrete Paving Association (ACPA). The presentation was at the ACPA’s 52nd annual meeting in Bonita Springs, Fla., December 4.

This award has been presented annually since 1968 to the most elite members of the industry. This is the first time a father and son have received the award. Harold Godbersen was honored posthumously in 1991.

In a letter from Gerald Voigt, president and CEO of the ACPA, he stated, “This award recognizes individuals and organizations for unparalleled commitment, dedication, participation, and leadership in the concrete pavement community.

“Your selection as the recipient for 2015 recognizes your long-time support for the American Concrete Pavement Association, dating back 30 years. It also pays tribute to your vision and innovation in concrete paving equipment that has triggered advancement in all areas of slipform pavement construction and the equipment to support our industry.”