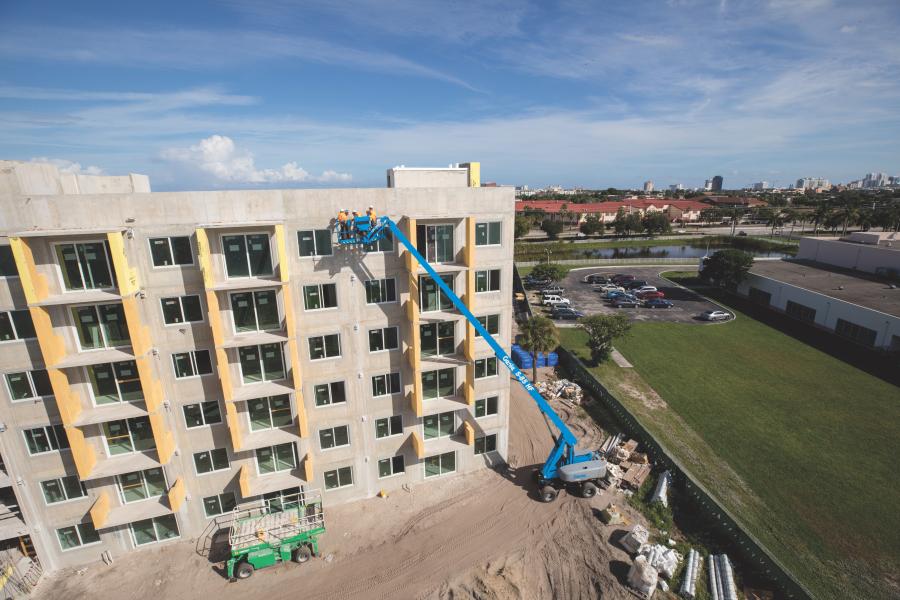 Designed to perform in sensitive ground conditions, such assand and turf, Genie High Float (HF) and TraX boom lifts offer productive machine performance on soft or delicate surfaces. To meet market demand, new models have been added to the Genie product line-up, including the Genie Z-45 HF, S-40 HF, S-45 HF, S-60 HF and S-65 HF booms, as well as the Genie S-40 TraX, S-45 TraX, S-60 TraX and S-65 TraX machines. All of these new Genie models are based on the design and engineering of the Genie Xtra Capacity (XC) booms, complying with the platform load sensing requirements and terrain sensing guidelines in the new ANSI A92 and CSA B354 industry standards in North America, as well as European EN280 and Australian AS 1418.10 standards.

These new Genie HF and TraX booms are now available in North America and will be available in select regions of the EMEAR market (Europe, Middle East, Africa and Russia) in 2020, pending CE certification and country-specific regulations approval.

"Our goal with the design of these new Genie models is to enhance operators' productivity on soft or delicate ground surfaces," said Marie Engstrom, Genie product manager, Terex AWP. "These new boom models deliver extra capacity capabilities with increased performance in sensitive ground conditions, which translates to fewer lift cycles, less equipment needed to get tools and materials to work areas at height and the ability to work on job sites where regular rough terrain machines do not perform."

All of the new Genie HF and TraX booms, with the exception of the new Genie Z-45 HF unit, also feature automatic envelope control, which is the ability to automatically retract as the booms reach their operating envelope. This feature allows for simple platform positioning and an enhanced operator's experience. And, these booms are equipped with a load sense cell that continuously checks the weight in the platform and limits the operating envelope to match the load chart, all while boasting the ability to do zero load field calibrations.

Many of the new Genie HF and TraX booms also boast an expanded working zone due toa chassis tilt sensor incorporated into the machines' function*. This unique chassis tilt sensing technology gives operators access to different ranges of motion based on the chassis angle. And, itis engineered to automatically cuts out certain lift and drive functions of the machines when the tilt activation setting is reached. This feature means that not only are most of the Genie HF and TraX machines able to carry more load than ever before, but they are also able to maximize operator's access hard-to-reach work areas on challenging job sites.

Like the new Genie XCbooms, many of the newGenie HF and TraX modelshave been updated with a CAN-based control system that incorporates the familiar Genie Smart Link technology*. Operators will find the control layout on these booms to be consistent and intuitive, making the operation of the booms easy and straightforward. And, service technicians will appreciate the onboard diagnostics available on the new LCD display at the ground controls, allowing machine setup, calibration and troubleshooting right on the machine — no need for a laptop or any additional accessories.

*The Genie Z-45 HF boom utilizes technology proven on previous versions of this model, providing operators with a fixed range of motion and a reliable control system for precise boom positioning and smooth performance. 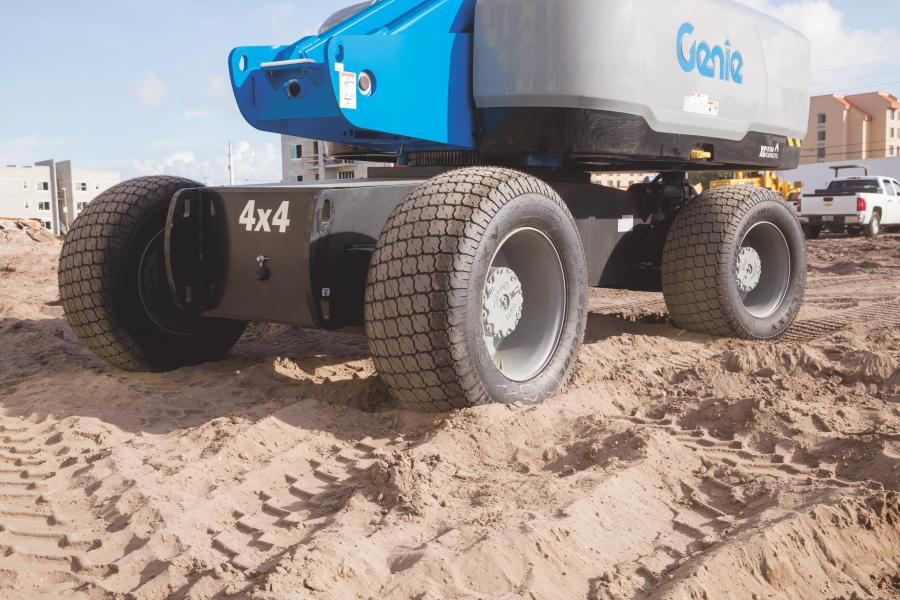 For productivity on sensitive surfaces, Genie S-60 HF and S-65 HF booms are equipped with air-filled 41/18LL x 22.5 20 ply tires, while Genie Z-45 HF, S-40 HF and S-45 HF booms are outfitted with 33/16LL 500, 10 ply, 19-1/2 in. wheels. These tires increase the booms' performance in sensitive ground conditions, such assand and turf because they are engineered to "float" on soft or delicate surfaces to protect softer surfaces during operation that could be damaged by the more aggressive tread on regular rough terrain tires.

The Genie TraX booms areengineered with a track and axle system. Featuring four independent triangular steel tracks encased in rubber at each corner of the unit, and a 30 degree steer angle that offers the drive and steer capabilities of a traditional front-wheel steer machine, each triangular-shaped track swivels 22 degree up and down to maintain constant contact with the ground. Due to this system, Genie TraX track-mounted booms adapt toextremely challenging rough or sensitive terrain andsharp changes in slope easily, including the break-over angle on many transport trailers. Enhancing the comfort of the operator experiencewhile delivering excellent terrainability and maximized power and torque, this Genie track and axle system reduces damage to soft and sensitive surfaces ranging fromwet grass, mud, sand and snow to harder uneven gravel, rock, concrete or asphalt-based surfaces.