How Road Construction May Change in the Future

Our infrastructure is badly in need of repair, it isn’t getting it and all signs indicate that it’ll only get worse. 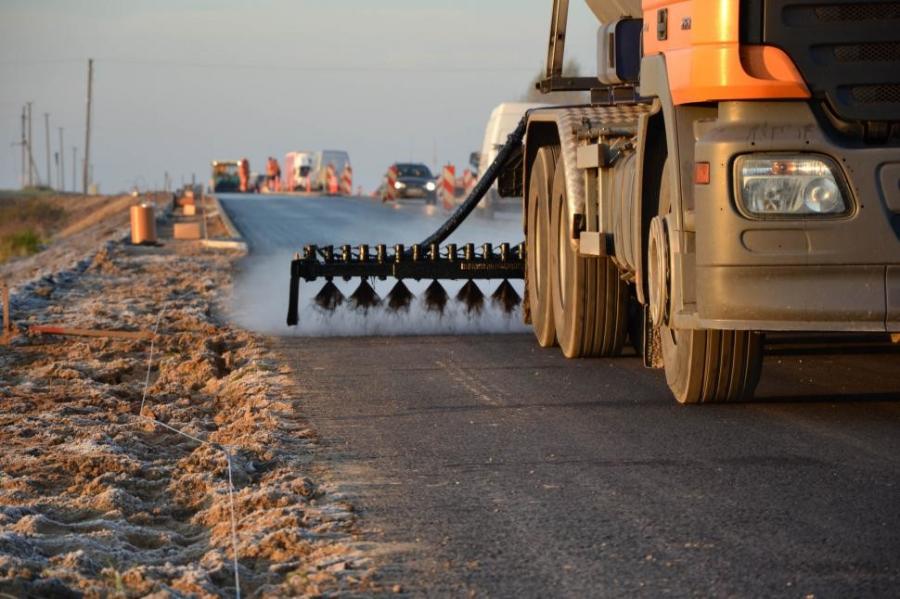 As of now, asphalt concrete is the primary material used to construct our roadways.

Technology changes everything, including the things you thought were tried and true. Recent weather events have sparked the discussion of how to handle this shift in weather patterns. Many people focus on the more significant, long-term issues like sea level rise and coastal flooding, but there are many more issues that affect our daily lives.

Our infrastructure has had a variety of problems lately. In California, the Oroville Dam got scarily close to washing away hundreds of homes. The Flint water crisis was an abrupt wake-up call about the integrity of our pipes. In 2007, the Minneapolis Bridge collapsed and killed 13 people. This year, Texas saw flooding of biblical proportions.

There is a combined takeaway from these vastly different problems. Our infrastructure is badly in need of repair, it isn't getting it and all signs indicate that it'll only get worse. Congress has had decades now to work on making some much-needed repairs to our infrastructure, and it simply hasn't done it. The people of this nation are going to end up paying the price.

As of now, asphalt concrete is the primary material used to construct our roadways. Those roads are a vital part of our nation. The highways are part of the Department of Defense, designed to evacuate people and bring the military in during emergency situations. City and township roads are vital to how we live.

The the process of laying asphalt to build the roads hasn't changed much in a long, long time. A construction team lays down aggregates with water as they grade the road. A binder layer is laid and then the final asphalt layer, along with finishing touches like transitions and a final roll to ensure a smooth ride. Generally, asphalt is designed to withstand daily temperature shifts and average rainfall, but the recent weather events we have experienced are very different.

Asphalt cracks and breaks from a lot of different things, including daily and yearly weather changes. When water gets into cracks and freezes overnight, like it often does in the fall and early winter, it widens the cracks. Water runoff from a rainstorm erodes any breaks, and the wear and tear of cars also causes and worsen cracks.

In other words, asphalt isn't as heavy duty as we might like. Our infrastructure needs a lot of work if we want to continue using it. There are options to make our roads better, more durable and more able to withstand the sudden changes we're likely to see.

One of the biggest complaints you hear about roads, from an environmental standpoint, is that they increase runoff. Roads in rural areas usually have the worst drainage, and those in coastal regions flood frequently.

A new so-called thirsty concrete has been developed to help with those issues. It can absorb thousands of gallons of water in a few seconds, which would make flooded roadways a thing of the past. Yellowstone National Park is already making use of it. This asphalt is called Flexi-Pave and is made from recycled materials. Because the material both allows water to pass through and has some give to it, it's much less susceptible to cracks and damage, and it's not the only one on the market.

Perpetual pavement is a newer kind of pavement that's designed to more than double the lifespan of the current roadway. It consists of three layers and, similar to the Flexi-Pave, is intended to be somewhat flexible to reduce cracking and breakage. The goal is for it to last half a century, instead of the 20-year expectancy most pavements currently have.

Solar roadways made a big splash a while back. If they're able to be completed, they could be a fantastic new invention. The idea is to turn the entire roadway into a giant solar cell, generating electricity while also acting as transportation. However, the design isn't ready for widespread use yet, and maintenance of such high-tech roads could be a big problem.

These are just a few of the new materials that can be used to create our roads, but new ideas are always coming up. We need to think about how to extend the life of our streets as we repair old ones and pave new ones. Factoring in a faster pace of deterioration time can help make new kinds of asphalt more appealing.

Megan writes is a freelance writer who specializes in construction. You can find some of her work on sites like Engineering.com, Procore, Construction Equipment Guide, and more. Follow her on Twitter @Megan_Wild.