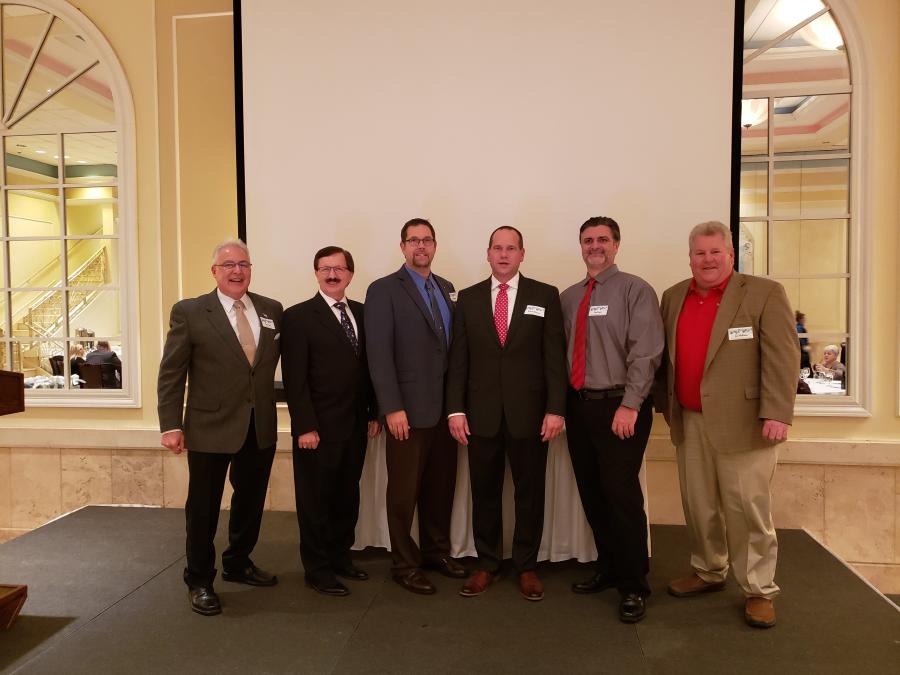 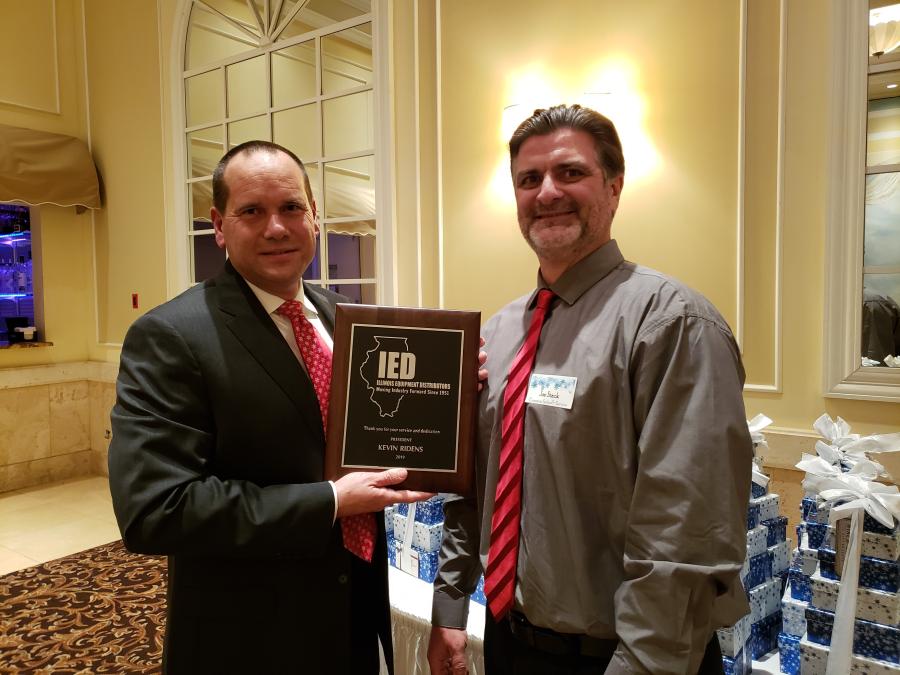 The members of the 2020 Illinois Equipment Distributors Board were inducted and introduced:

Two long-time industry champions were honored for their years of service as they retire. 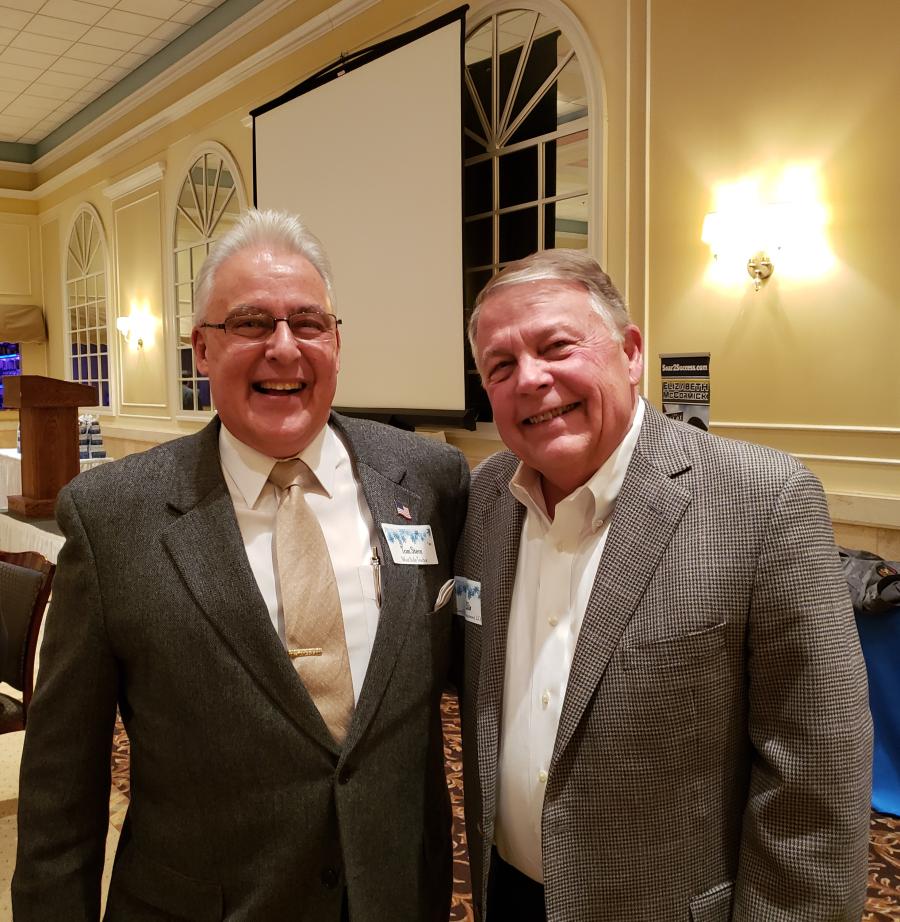 Tom Stern, general sales manager of West Side Tractor Sales, began working in the construction equipment industry in 1974. He attended his first IED meeting in 1984, becoming president of the organization in 1998. He has been tapped to serve as executive secretary on the 2020 board.

"The construction equipment industry has been very good to my family and me," said Stern. "Being the newest IED executive secretary allows me to give back to the industry that has provided me with so very much. Over the years, the IED has brought me many rewarding experiences, fond memories and lasting friendships that I very much cherish."

Also retiring at the end of 2019 is Tom Ellis, past president of Howell Tractor & Equipment after 50 years in the heavy equipment business. Ellis began his career as an operator in 1968 and served as a Navy Seabee operating heavy equipment. In addition to Howell Tractor, his resume includes positions at JI Case, McAllister Equipment and Crane & Machinery.

Ellis loves the industry and the people in it. His career has embodied what IED is all about. He believes in the camaraderie of the association and has cherished the friends he has made throughout the industry.