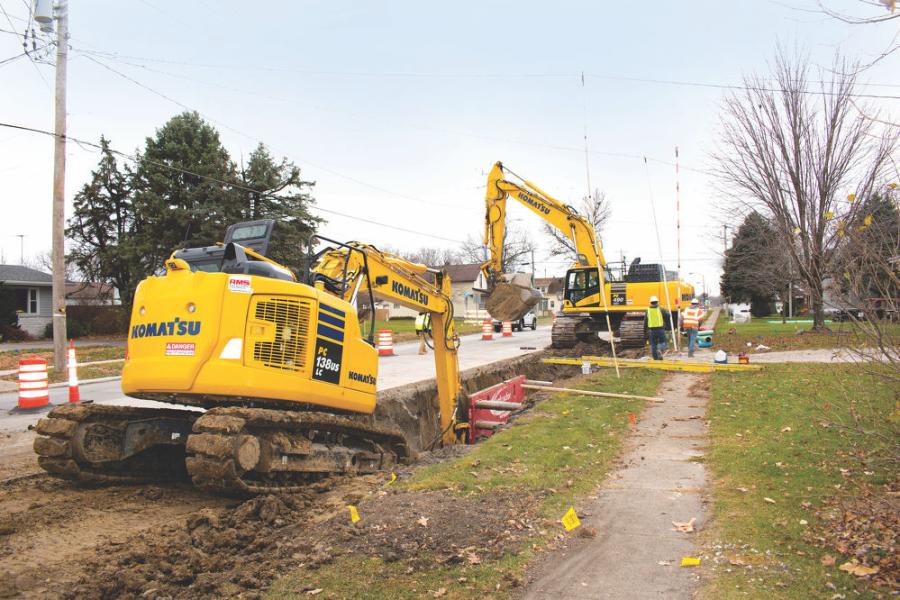 Komatsu excavators help Synergy Contracting to complete an array of jobs throughout central Iowa. At an emergency sewer project in Osceola, the company installed a 12-in. main line and 6-in. service lines underneath a highway by using a combination of traditional excavation and directional boring.

When Jesse Rognes opened his own construction business it needed a name. Synergy Contracting LLC was more than something catchy, it was a clear reflection on how he wanted his company to operate. 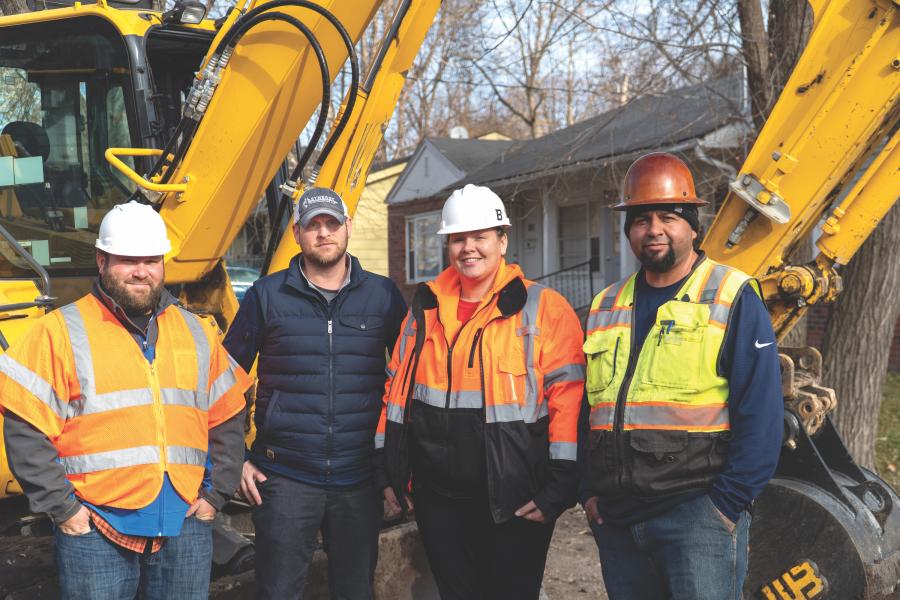 "Synergy means bringing together multiple pieces to create a greater good," said Rognes. "That's something I believe in. I don't know everything, but I can find someone who might be able to help and team up with them to do whatever it takes to get to a goal and create a better product at the end of the day. That mindset has been with this company since we started, and it's helped guide us."

Since opening in 2003, that thought process has played a key role in the growth of the contracting company.

"We started with a bunch of projects, ranging from sewer and water installation to lift stations and light grading," he explained. "I also wanted to get into directional boring. That was the goal pretty early."

Synergy Contracting accomplished that objective when it purchased another company that performed directional boring. With the acquisition, Rognes and his firm were able to specialize in that line of work and it took Synergy in a new direction.

"We targeted projects with a boring element as a general contractor and self-performed that aspect, then subbed out other parts, if needed," said Rognes. "We could do this because we have a vast knowledge of the industry and a really special group of superintendents who can manage any project from start to finish."

Today, Synergy Contracting's niche is directional boring for water projects around central Iowa from its base in Altoona, near Des Moines.

"We handle the pieces that most pipeline companies don't want to do, like waste-water treatment plants and lift stations," noted Rognes. "A lot of our work is piecemeal or rehab. We like those." 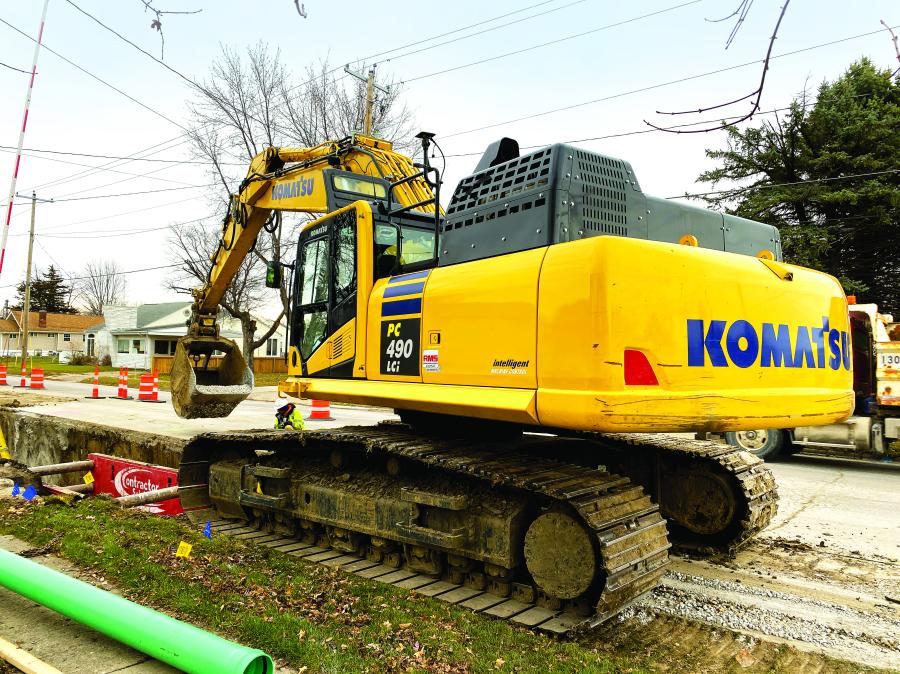 This fall, Synergy was called into action for an emergency project in Osceola, Iowa, when the city had a collapsed sewer line underneath an existing highway.

"It was a perfect example of a job that was bid one way and went another," stated Rognes. "We replaced the failing pipe with a new 8-inch main line, but we were able to do some directional boring to install the other services. We like to do that to offset the cost of rebuilding roads, driveways and yards that open cutting would cause. Boring minimizes the disruption and saves the city from getting calls from angry homeowners who've had their property torn up."

Like any business, Synergy Contracting has experienced its share of highs and lows — success hasn't followed a linear path.

"It has been a roller coaster since we opened," admitted Rognes. "We grew very quickly, but we learned some lessons in 2008 and 2009. We had to change a few things in order be successful."

True to its name, Synergy re-evaluated its processes. The company downsized and focused on projects it performed best. It also modified its approach to building a workforce. 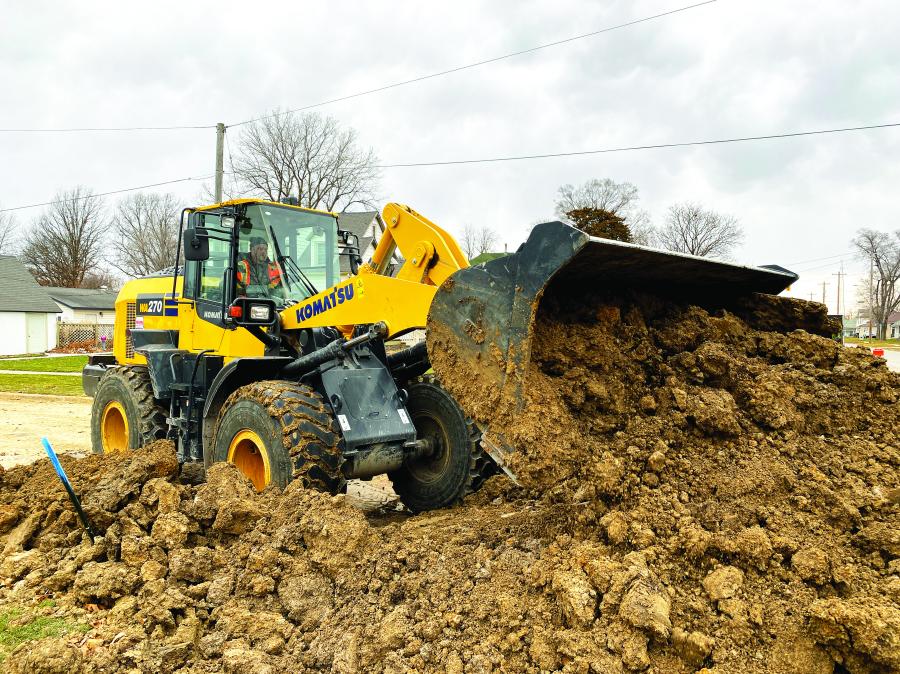 "One thing we kept hearing was that we needed more training, but there wasn't enough time for foremen to work, train the crew and manage the project," said Rognes. "So, we targeted some people with a lot of experience who maybe were closer to retirement or at the point where they didn't want to be in the field every day. We put them in supervisor roles to handle some of that, so the foremen could just focus on their work.

"We also brought in some key advisors to help lead our upper management meetings and keep us focused on what's important," he continued.

These changes helped Synergy find success in hiring and utilizing a younger workforce, which is important in today's construction industry.

"The reality is that Millennials and Gen-Z'ers are going to be our workforce, and they are different from the generations that came before them," said Rognes. "When I was growing up, you just got yelled at until you did it right. That doesn't fly anymore. Younger workers also don't have as much experience, which isn't their fault. We knew that if we wanted to remain relevant, we needed to change to maximize our workforce. Companies that can't do that won't have a lot of success in the future."

In addition to restructuring its staff, Synergy Contracting deploys equipment designed to help maximize efficiency. At the Near West sewer separation project in Des Moines, that marriage of ideas was on display.

"Victor Rodriguez is the superintendent on the site, and he does a great job managing his crew and handling the other subs," said Rognes. "We're self-performing the grading, structural concrete, pipe work, removals and building the retention basins. Having Victor and his core group on this job makes everything run a lot smoother." 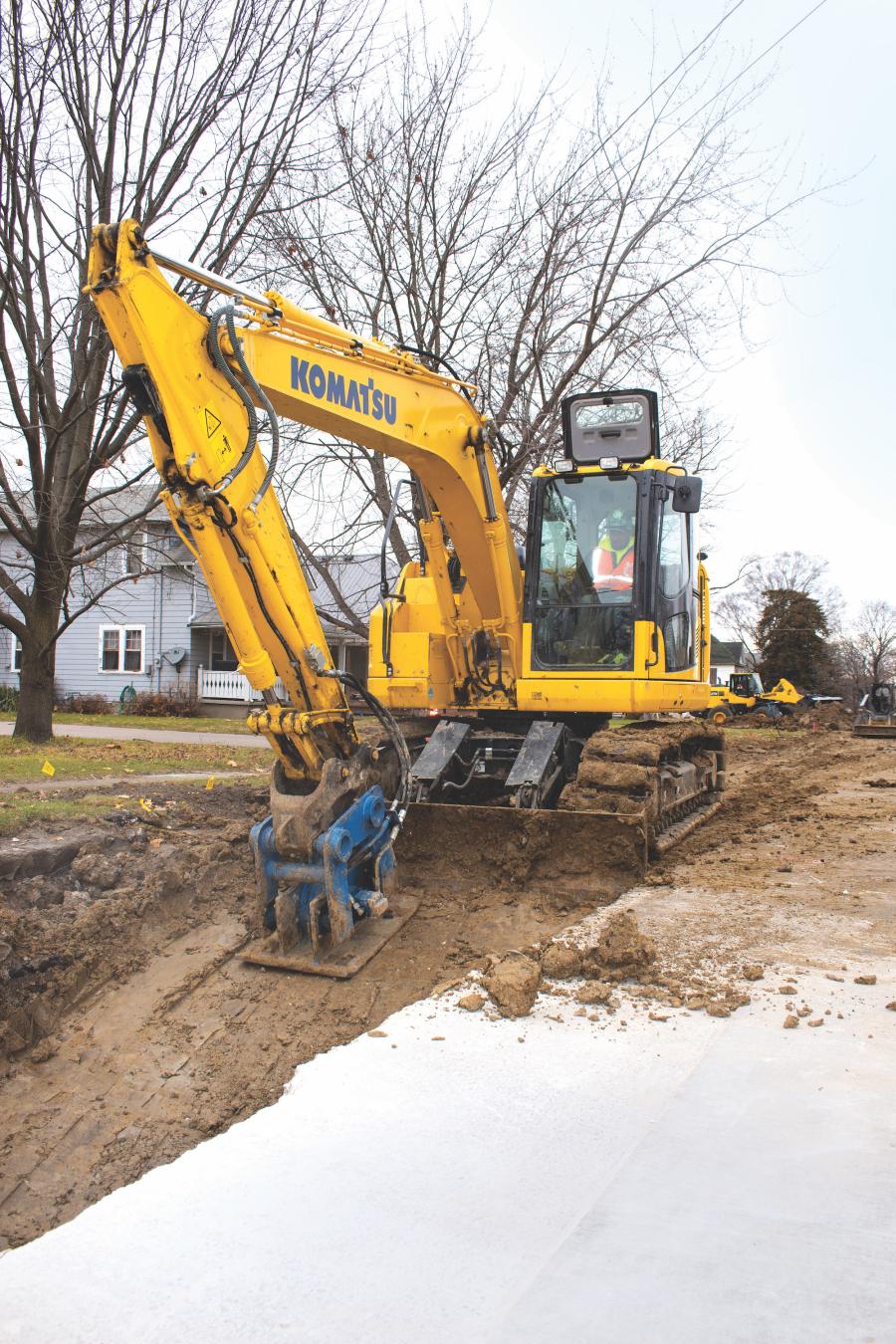 "We were going to wait to do the pond in the spring, but we decided to push to get it done by Christmas since we were having such a dry season," said Rognes. "We were seeding before Thanksgiving, and it looked perfect. We wouldn't have attempted it without the integrated GPS."

"Overall, the iMC technology makes us about 25 percent faster," said Brandan Smith, head of field operations. "There are so many advantages to iMC; the more we use it, the more we see. Plus, the way job sites are designed today with mounds and swales and little details, it's almost impossible to do them efficiently with traditional equipment."

"With the iMC dozers, one dozer can do the same job in about half the time that it would've taken three people to finish," added Rognes.

Having trusted partners in Road Machinery & Supplies Co. and Will Anderson, territory manager, also is an advantage for Synergy.

"We've known Will for a while, and he's always been great to work with," said Rognes. "Service and relationships make RMS stand out. We've never worried about writing service language into our contracts with RMS because it stands behind the equipment. The most important thing is that our equipment is up and running, and RMS gets that."

That trust has led to more and more Komatsu pieces in the Synergy fleet.

"The decision to make a switch to more Komatsu equipment is based on RMS and Will and the job they do for us," said Rognes. "They work to get us the best deal and solve our problems. I like that mentality."

In addition to the PC360LCi and D39PXi, Synergy Contracting owns a PC490LCi excavator and a D51PXi dozer. Komatsu tight-tail-swing excavators, like the PC138USLC and PC88MR, also are integral for Synergy's projects

"We usually are working around trees, traffic or in residential areas, so we need compact machines," said Rognes. "The utility ones get used a lot."

Synergy Contracting has seen positives from its restructuring, and Rognes sees opportunities for additional growth in the future.

"The 10-year plan is to keep on a small growth pattern that continues to focus on the type of work we're good at," said Rognes. "Commercial and industrial projects are becoming more popular in central Iowa, so we will also look to do more of those jobs. We have great people, and as long as that's the case, we should be successful."

This article was reprinted with the permission of Road Machinery & Supplies Company.