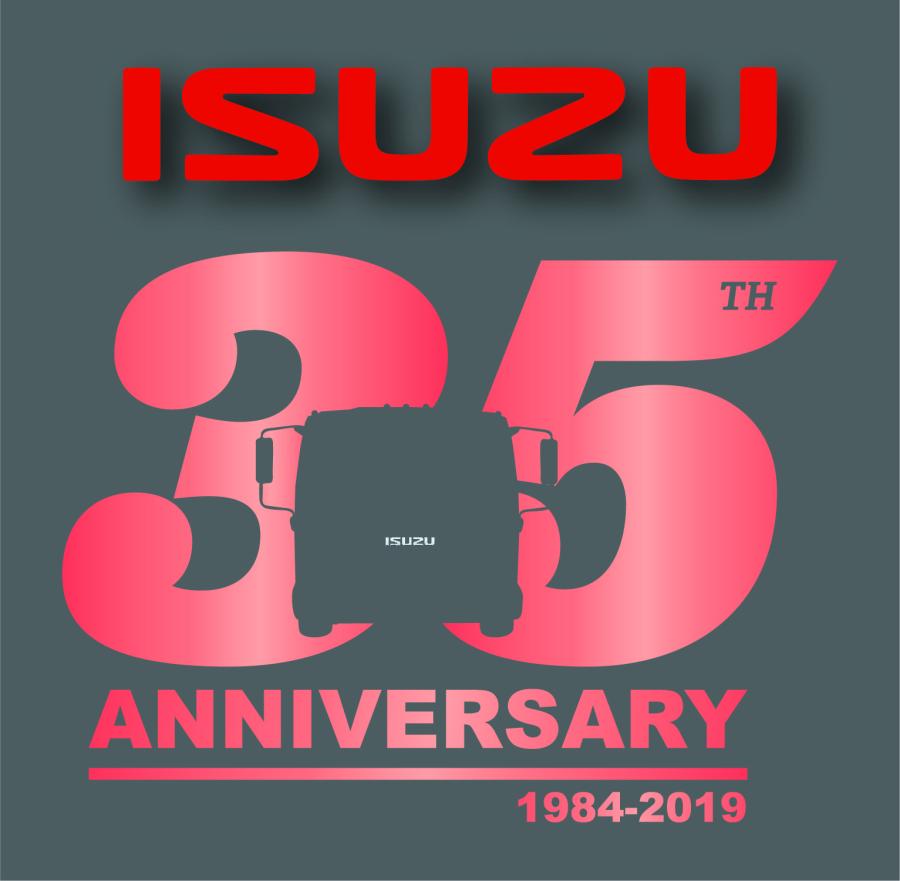 Isuzu Truck of America Inc. was founded on March 21, 1984, and the first Isuzu truck arrived in the United States in November of that year. The KS22 model had no tilt cab and was powered by an 87-hp engine.

The KS22 was quickly embraced by American truck buyers who were looking for durability, dependability and low cost of ownership in a medium-duty truck. In 1986, a little over a year after its stateside launch, Isuzu became the best-selling low-cab-forward truck in the United States, a position it has maintained ever since — an unprecedented 32 consecutive years.

"While we are celebrating Isuzu trucks' first 35 years in the North American market, we're really looking forward," said Shaun Skinner, president of Isuzu Commercial Truck of America and Isuzu Commercial Truck of Canada. "The new NQR and NRR gasoline trucks coming next year demonstrate that we are focused on the future, and providing quality, reliability, and low cost of operation to the North American marketplace for another 35 years — and beyond."

1956: Isuzu diesel engines, diesel-powered snow tractors and other equipment are delivered to Japan's Antarctic Observation Base. Isuzu equipment has been operational at the South Pole ever since.

1959: Isuzu Motors Limited introduces the world's first two-ton light-duty forward-control truck, the first generation of a line of vehicles now marketed in the United States as the N-Series.

1986: R.L. Polk certifies that Isuzu is the best-selling import commercial truck in the United States. Isuzu has now held that position for 32 consecutive years.

1988: The two-millionth N-Series truck rolls off the assembly line in Japan.

1994: The first U.S.-built gasoline-powered NPR-EFI is assembled in Janesville, Wis.

2010: Isuzu N-Series Trucks are the first medium-duty low-cab-forward trucks on the market to be EPA 2010 and CARB HD-OBD compliant and to be 50-state clean-idle certified.

2018: The 50,000thN-Series gasoline-powered truck assembled by Spartan Motors rolls off the line in Charlotte, Mich.