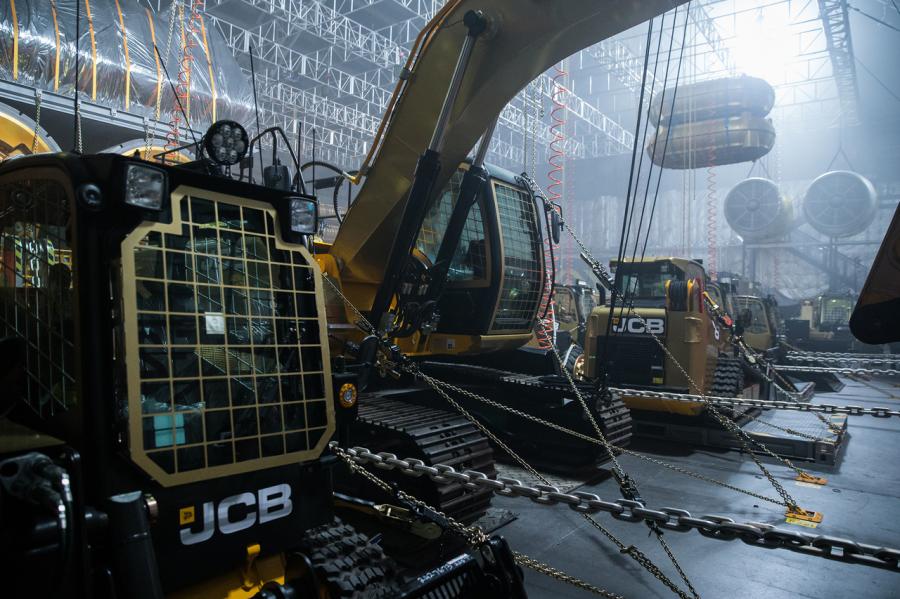 A fleet of more than 20 JCB machines is playing a starring role in the latest installment of a cult film franchise. JCB skid steer loaders, Loadall telescopic handlers and JS excavators were supplied to 20th Century Fox for the making of the new film "Alien: Covenant" which will be released in the U.S. on Friday, May 19.

Starring alongside actors Michael Fassbender and Katherine Waterston, the machines are wrapped in stunning gold to give them a futuristic look – the idea of British film director and producer Ridley Scott.

"This is one of the highest-profile film projects in JCB's history, involving approximately $1.3 million worth of machines," said Michael Plummer, JCB's Worldwide Marketing Director. "Ridley Scott's idea to wrap the machines in gold delivered a stunning result and is certainly an eye-catching addition to a film which will be seen by millions of people around the world."

The machines – which appear in the film's finale – arrived at the movie set in Sydney with the help of JCB dealer Construction Equipment Australia. The dealer also provided film makers with six JCB generators for additional on-site power.

The equipment is used in the so-called "terraforming bay," an area which alters the environment to make it capable of supporting terrestrial life. "Alien: Covenant" is set almost 100 years in the future and is the sixth film in the popular "Alien" franchise.