The initial wave of “Platinum Edition” 3CX backhoe loaders has rolled off the production lines at JCB’s World Headquarters at Rocester, Staffordshire, UK. 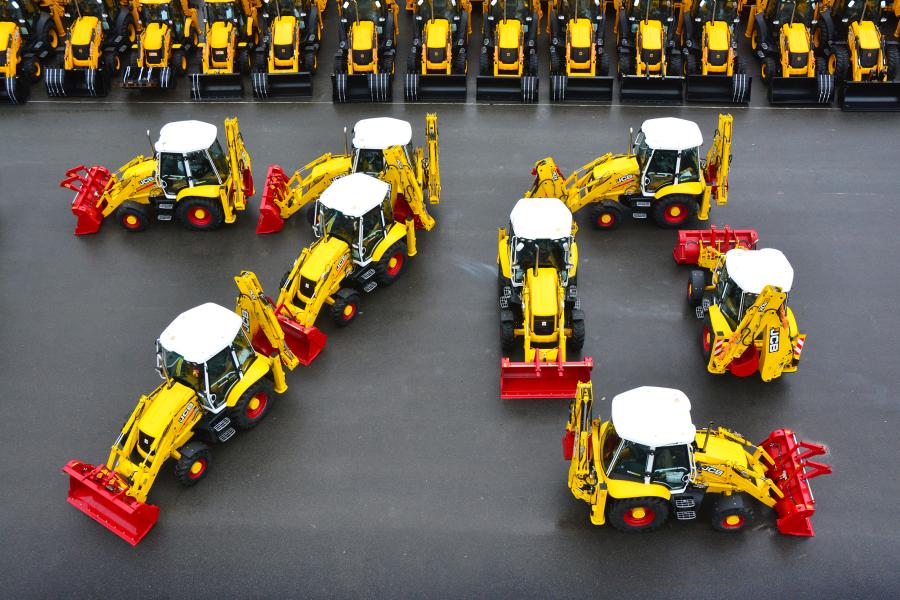 JCB’s “Platinum Edition” backhoe loaders come off the production line in the UK as the heavy equipment manufacturer celebrates its 70th anniversary.

The first batch of colorful limited-edition machines to mark JCB's 70th anniversary is currently in production.

The initial wave of “Platinum Edition” 3CX backhoe loaders has rolled off the production lines at JCB's World Headquarters at Rocester, Staffordshire, UK, in a color combination last seen more than 40 years ago on the JCB 3C III model.

Now, the special machines are on their way to customers throughout the UK, as well as Australia, France, Spain and Russia. JCB will manufacture a total of 70 of these distinctive limited edition machines — one for every year that the company has been in business.

JCB Backhoe Loader Managing Director Yvette Henshall-Bell said, “There has been a huge amount of interest in these special backhoes. They look absolutely stunning and we are delighted that customers from all over the world are ordering them.”

The machines come complete with red buckets, full white cab and red wheels instead of JCB's customary black and yellow finish. The limited edition 3CX backhoes — which have a top speed of approximately 25 miles per hour — are fitted with air-conditioned cabs, heated seats and six-speed Autoshift transmissions. And, to satisfy the demands of modern-day backhoe operators, the unique machines also will be equipped with in-cab coffee makers.

Individuals purchasing these very distinctive machines also will receive special commemorative packs which include a limited-edition scale model of the anniversary machine in the same colors as its full-size “brother,” a scale model of the original 3C backhoe, as well as retro overalls, polo shirt and tool bag.

Since manufacturing its first backhoe loader in 1953, JCB has produced more than 600,000 backhoes and now sells them in 120 countries. JCB also has been the world's biggest manufacturer of backhoes for the past 15 years with a backhoe product range that spans 40 models, from the compact 1CX to the mighty 5CX.