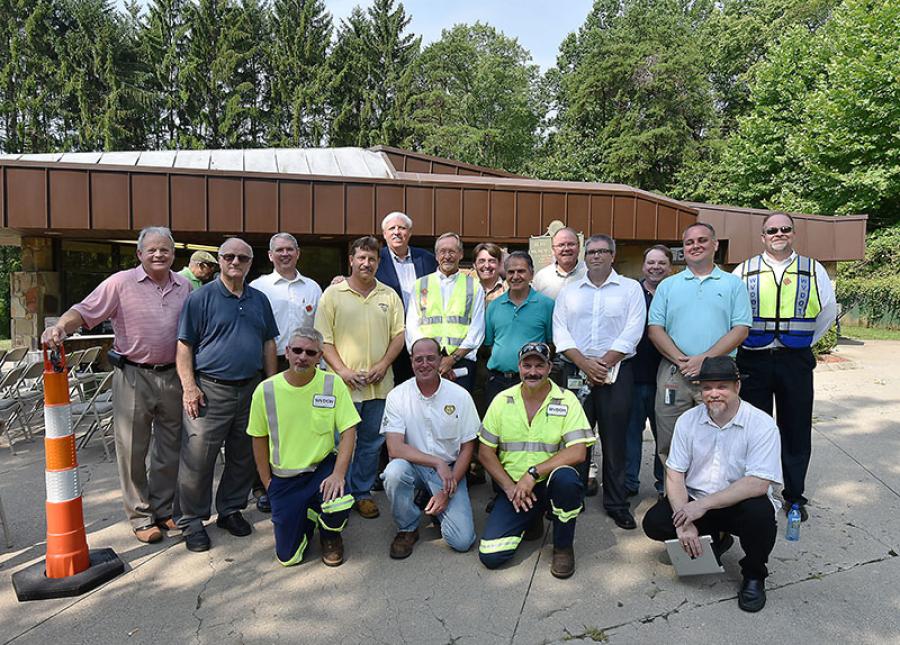 Division of Highways employees with Gov. Jim Justice (standing, fifth from L) at the Hurricane Rest Area on July 20.

West Virginia's Governor kicked off the Jim's Promise Tour to highlight specific road construction projects that fulfill Gov. Justice's pledge to fix the state's roads and bring tens of thousands of jobs to the Mountain State.

Justice and Transportation Secretary Tom Smith visited Hurricane, W. Va., to discuss the new work that's going to occur on I-64 between Hurricane and Milton, and then they went to Clarksburg to give an update on the action happening on local roads in North Central West Virginia.

“Jim's Promise Program is historic because it's the most significant investment West Virginia's ever seen in its roads and will make such a difference for our state,” said Smith.

“This is only the start of immediate jobs, immediate opportunity, and immediate hope,” said Justice. “These road projects that are going on now are just the beginning of West Virginia making a real comeback. It's the first step to bringing West Virginia the greatness we deserve. Let's roll!”

“In just three months, we've already leveraged $350 million worth of work thanks to the governor's plan and it's one and a half times larger than the Obama stimulus spent on West Virginia's roads,” said Smith. “This is just the beginning of a new chapter for West Virginia's infrastructure. Jim's Promise means fixing roads in every corner of our state and thousands and thousands of new jobs.”