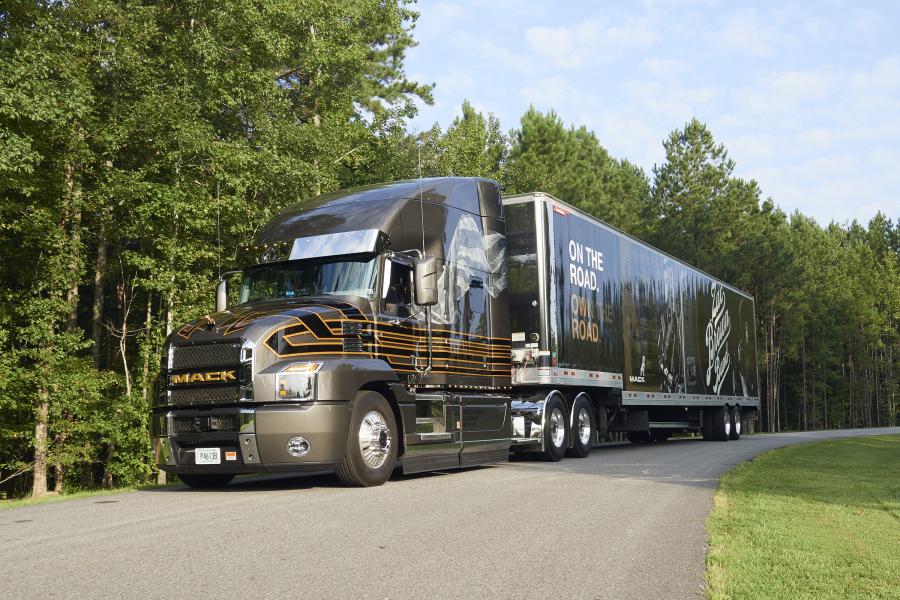 Proceeds from the online auction of a customized Mack Anthem used by the Zac Brown Band during its 2018 Down the Rabbit Hole Live tour will benefit Camp Southern Ground.

Mack Trucks announced that proceeds from the online auction of a customized Mack Anthem used by the Zac Brown Band during its 2018 Down the Rabbit Hole Live tour would benefit Camp Southern Ground. Founded by Zac Brown, the nonprofit camp serves children ages 7 to 17, providing them with activities that educate, challenge and connect them in a beautiful, natural environment.

Mack made the announcement during the North American Commercial Vehicle (NACV) Show Oct. 28-31 at the Georgia World Congress Center in Atlanta. Also in conjunction with the auction, Mack is a supporting sponsor of Camp Southern Ground's eighth-annual Night of Candles benefit show, featuring the Zac Brown Band at 6 p.m. Nov. 2 at the Coca-Cola Roxy Theater, Atlanta, where the Mack Anthem will be on display.

"We are pleased to be able to donate proceeds from the auction to a nonprofit dedicated to serving children from all socioeconomic backgrounds in the hopes of building a stronger community," said John Walsh, vice president of marketing of Mack Trucks. "This Mack Anthem is truly one of a kind, and we hope it will inspire potential donors to bid on it and raise money for this worthwhile cause."

The auction opened Oct. 28 to coincide with the opening of the NACV show and runs through Nov. 30.Those wishing to bid on the tractor should visit http://www.macktrucks.com/Auction and sign up to use the site. Once signed up, a bid may be placed.

The goal of Camp Southern Ground, which is based in Fayetteville, Ga., is to help children connect with new friends, celebrate individual differences, explore nature and eat delicious, natural food. The camp also serves as a haven for children of military families.

"Our goal is to bring all different kinds of kids together, to recognize what their gifts are, magnify those gifts and give them the tools they need," said Mike Dobbs, CEO of Camp Southern Ground. "We work to fill them with hope, insight and perspective, so that they can go out, help people and ultimately, profoundly impact the world."

The customization of the Mack Anthem was performed by ZB Customs, an in-house design company founded by Zac Brown. The Anthem features a one-of-a-kind paint job, along with a unique grille with a repeating Zac Brown Band logo, offering an attention-grabbing backdrop for the bold Mack wordmark. The Anthem also has polished chrome fenders, a chrome taillight surround, a set of polished custom wheels and other brightwork. The interior features leather-wrapped seats with the Zac Brown Band logo, as well as Zac Brown's autograph on the sun visor. The flooring in the cab is repurposed from the Zac Brown Band's studios in Nashville.

The Mack Anthem hauled Zac Brown Band merchandise managed by father-daughter team of Scott and Rose Hanson during his 2018 tour across the United States and Canada. The Hansons were featured in RoadLife, a video series from Mack Trucks sharing the stories of everyday men and women doing extraordinary things to keep the wheels turning and the world moving. The episode also featured ZB Customs customizing the Mack Anthem. 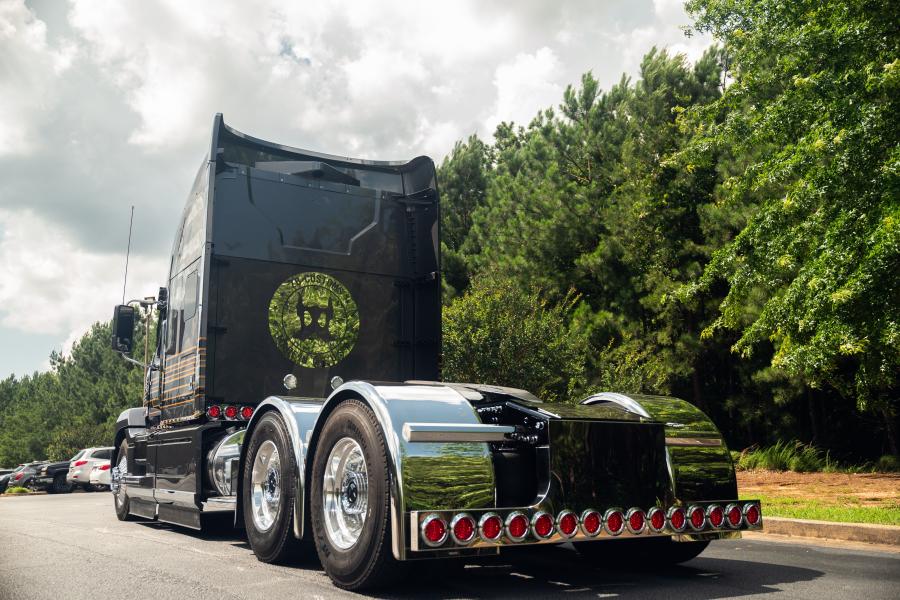