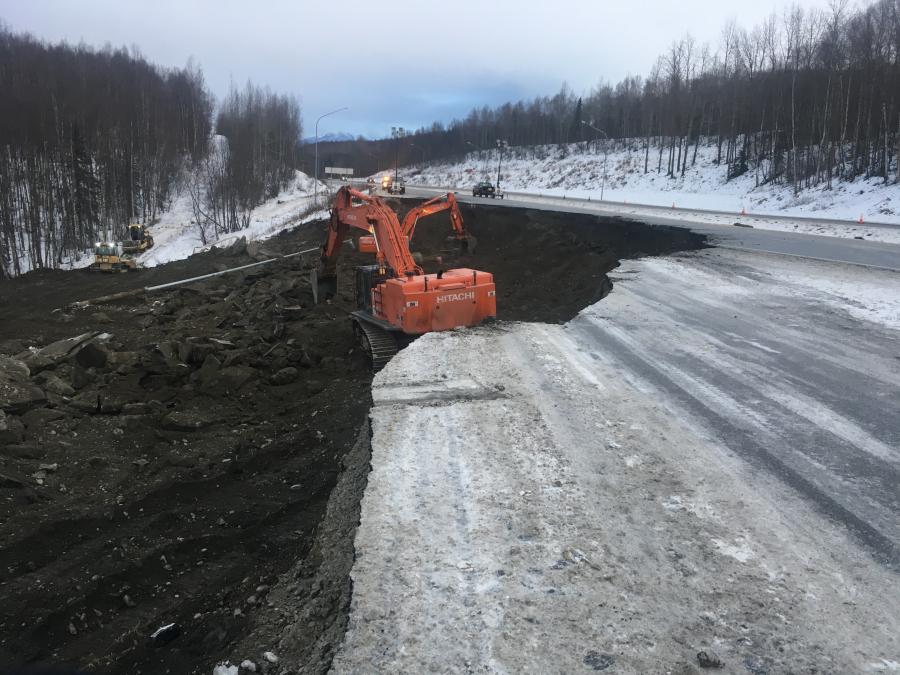 On Nov. 30, at 8:29 a.m., an earthquake measuring 7.0 struck the state of Alaska between Palmer and Anchorage. The event triggered a tsunami warning for coastal areas near Cook Inlet and the Southern Kenai Peninsula, which was later cancelled. While no significant injuries or deaths have been reported, there has been extensive road damage in Anchorage and the Mat-Su Valley.

"While damage to infrastructure has caused significant problems, we are thankful there has been no fatalities or major injuries," said Mike Sutton, director of the Division of Homeland Security and Emergency Management. "The many organizations that were involved in this response effort should be proud. However, as the response effort begins to subside, we will need to prepare for the long-term recovery effort."

The department then works to secure the state's infrastructure system by assessing the safety of roads, airports and bridges; opening or closing transportation routes, depending on need; and communicating with the public.

ADOTP&F sent teams to inspect 250 state and local bridges in the affected area. Alaska's bridges have been prepared to withstand these events. Engineers' main goal is to prevent collapse. New bridges are designed by highly-trained engineers and experts in seismic design. Old bridges are retrofitted to improve performance.

By Dec. 1, ADOTP&F identified 50 potential damage sites. However, according to the Anchorage Daily News, as of Dec. 2 more than 1,400 aftershocks — 593 of which were magnitude 2.0 or greater; 17 were at least 4.0; and five were at least 5.0 — were recorded. Those aftershocks have the potential to further increase damage.

The Glenn Highway sustained severe damage at Eagle River. According to ADOTP&F, the most serious infrastructure damage includes:

• Slope failure and significant cracking to the Glenn SB Mirror Lake on ramp;

• a sink hole on the Glenn SB Mirror Lake off ramp;

• a dip in the approach on SB Eagle River Bridge.

In the coming weeks, crews will be making repairs to slopes, restoring approaches and abutments, clearing rocks and paving.

Along the Seward Highway, ADOTP&F reports:

Crews and equipment are in place to remove debris and monitor the area.

While the Parks Highway is passable, the Parks/Glenn interchange sustained major damage due to slope failure. Crews are working to restore the approach.

Settlement occurred along the Kenai Spur Highway at mile posts 19, 35.1 and 35.7. Crews have completed grinding and grading process, but paving will be complete in the spring when asphalt plants are operational again, according to a press release from ADOTP&F.