The multinational hotel and hospitality company Marriott is embracing modular construction techniques in an effort to expedite growth and expansion. 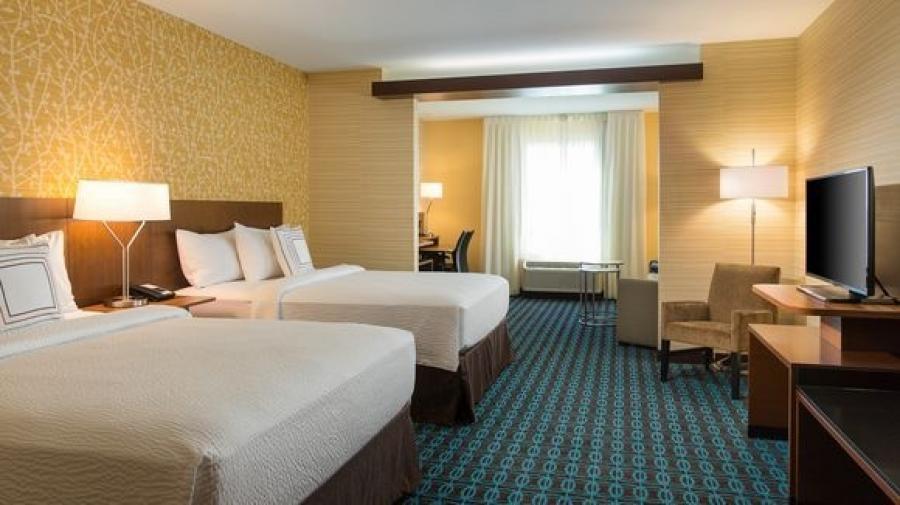 The Folsom prefabricated units were made up of two rooms, which included a bed, desk, toilet and connecting corridor. (photo via Marriott Int.)

The multinational hotel and hospitality company Marriott is embracing modular construction techniques in an effort to expedite growth and expansion.

The company has plans to sign 50 new hotel deals that incorporate prefabricated guestrooms and/or bathrooms in its designs.

According to the Modular Building Institute, Permanent Modular Construction (or PMC) can be defined as a construction delivery method that utilizes offsite, lean manufacturing techniques to prefabricate building solutions in deliverable module sections. This is different than relocatable buildings, which are made for temporary use and are relocatable.

Marriott has already opened one hotel that features the prefabricated sections. The 97-room Folsom Fairfield Inn and Suites in Folsom, Calif., was built by Guerdon Modular Buildings in Boise, Idaho. The prefabricated units were made up of two rooms, which included a bed, desk, toilet and connecting corridor.

Why the push for pre-fab or modular construction?

Time is the key component. In the case of the Folsom Fairfield Inn, the project was completed two months ahead of schedule.

“The reason Marriott and others are embracing the modular construction process is that it can dramatically shorten the overall construction schedule, which leads to quicker occupancy and quicker return on investment,” Tom Hardiman, executive director of the Modular Building Institute, a non-profit trade association said in a interview.

Marriott VP of Global Design Strategies, Karim Khalifa believes that utilizing modular construction does not compromise quality but in fact produces a higher quality product. He states that due to the sturdier design the sections have to be transported, the modular sections actually have better sound insulation.

“We think the construction is better executed in the factory, so it's higher quality,” he said. “With 100,000 rooms, some of those rooms look the same between hotels, so we can get that faster to market through a factory system.”

Watch time-lapse video footage of the first ever modular built Courtyard by Marriott which is located on the campus of Washington State University.