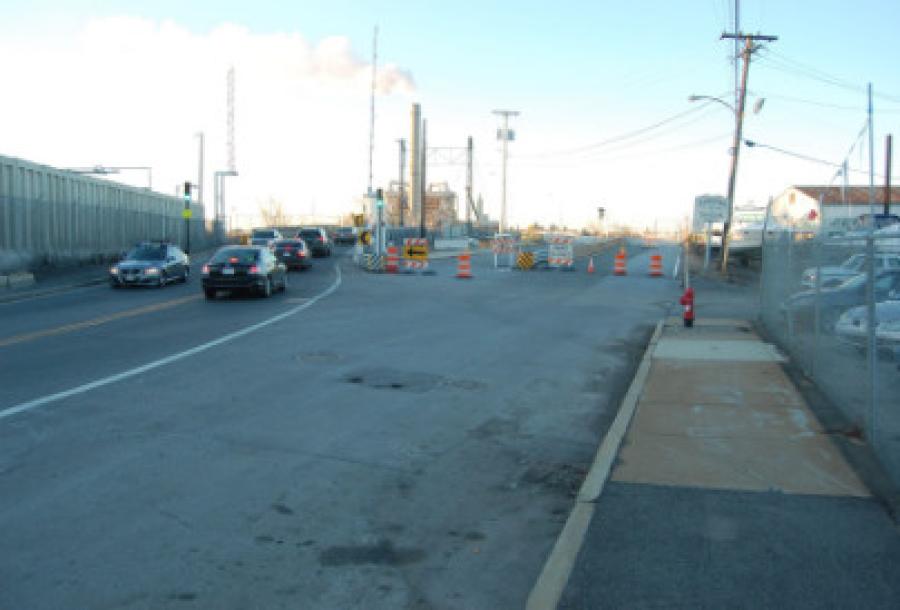 The project is being constructed by SPS New England Inc. The fieldwork associated with the $99.3 million project is projected to be completed in March 2026.

On Jan. 18, the Massachusetts Department of Transportation (MassDOT) started construction operations for the replacement of the Belden G. Bly Drawbridge carrying state Route 107 (Salem Turnpike/Western Avenue) over the Saugus River, north of Boston.

The project is being constructed by SPS New England Inc., one of the northeast's top bridge and highway contractors. The fieldwork associated with the $99.3 million project is projected to be completed in March 2026.

Bridge demolition activities are expected to last until mid-February.

The transportation department also determined that the nearby Ballard Street intersection was operating at a substandard level of service and found deficient accommodation for both pedestrians and cyclers.

The overall project consists of the construction of a new bascule movable bridge. The new permanent Belden G. Bly Bridge (formerly Fox Hill Drawbridge) will be located on the same alignment as the original 1912 span being demolished and immediately west of the existing temporary bridge.

The project also consists of the construction of new approach bridge spans, along with a rebuild of 3,060 feet of roadway approaches, and vehicle turning lanes at Ballard Street and the Route 107 intersection. A replacement of the Massachusetts Water Resources Authority (MWRA) water line across the river also is planned, in addition to an increase to the width of the Saugus River navigation channel.

The existing temporary bascule movable bridge will remain operational until the new bascule bridge is constructed and fully operational. During most of the project's construction, a minimum of two vehicular travel lanes and one sidewalk will be maintained along Route 107. MassDOT will continue to coordinate construction activities in a manner that minimizes impacts to marine traffic in the area of the project.