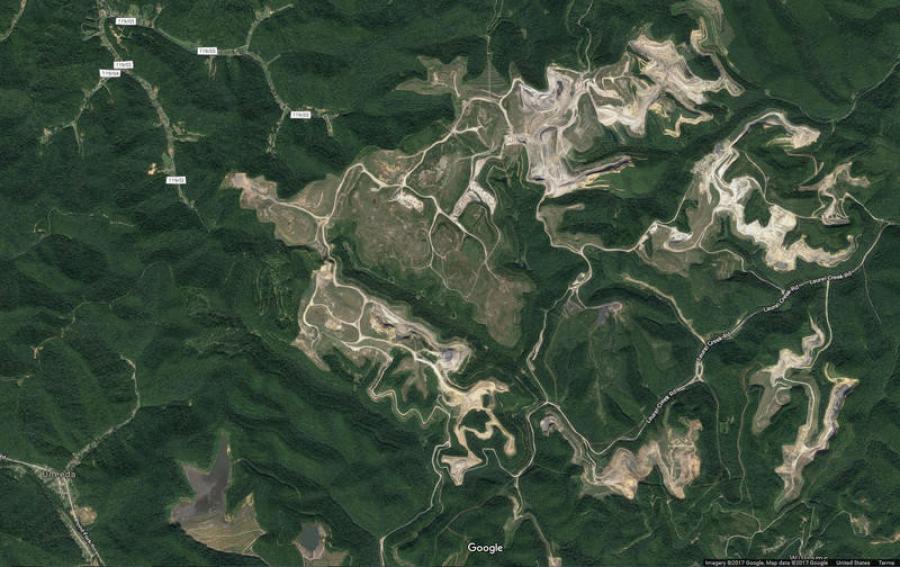 the West Virginia Army National Guard will use part of the former Hobet surface mine site for a training facility for all military branches. (Google Maps)

Justice said in a statement the West Virginia Army National Guard will use part of the former Hobet surface mine site for a training facility for all military branches.

Work begins in this month.

In making the announcement, the Justice administration scrapped original plans for a four-lane road into the site that would have cost $100 million. Justice said in a statement the use of an existing haulage road with $30 million in improvements will serve current access needs.

“Investing $30 million is significant and will allow us to achieve what we need there for the near term,” he said. “When we get to the point that additional work has to take place, then we'll address it. But this will more than make the location accessible and ready.”

In his 2016 State of the State speech, then-Gov. Earl Ray Tomblin said the master plan for the 12,000-acre site in Boone and Lincoln counties would include industrial, commercial and residential development. Tomblin had portrayed the project and an accompanying roadway as the best way to diversify the southern West Virginia economy.

But Justice said “we have a wonderful chance to bring in millions of dollars in investments from military contractors,” adding that the state is “preserving all possibilities for future industrial uses” at the renamed Rock Creek Development Park.

Justice's statement did not specifically refer to commercial or residential uses. It said Commerce Secretary H. Wood Thrasher would continue to pursue development that has been planned since the park's inception.

“We are going to continue to work to make sure it is utilized to its highest and best use,” Thrasher said.

National Guard Adjutant General James Hoyer said the need dictates that the work begins soon. He said some defense service contractors and manufacturers have expressed interest in conducting training, testing and evaluation at the site.

Hoyer reiterated that the opportunities are “all what was originally proposed for” by the National Guard at the site. Most of the training initially would involve teaching driving techniques in various military vehicles and terrains that either currently exist or would be built, the statement said.

“Former Gov. Earl Ray Tomblin had a vision to develop this former mountaintop mine site and we believe that this new approach for military applications will allow us to move forward and that it will certainly promote and put the infrastructure in place that lets us get to the work of creating new jobs and business for West Virginia,” Justice said.

“In order to have a robust, diversified economy down here, it can't be either or,” he said. “It has to be military and manufacturing jobs.”

Stollings, who attended a meeting with state government officials, said the plan to scrap the four-lane road “really worries me because we need to maintain the momentum for this project.”