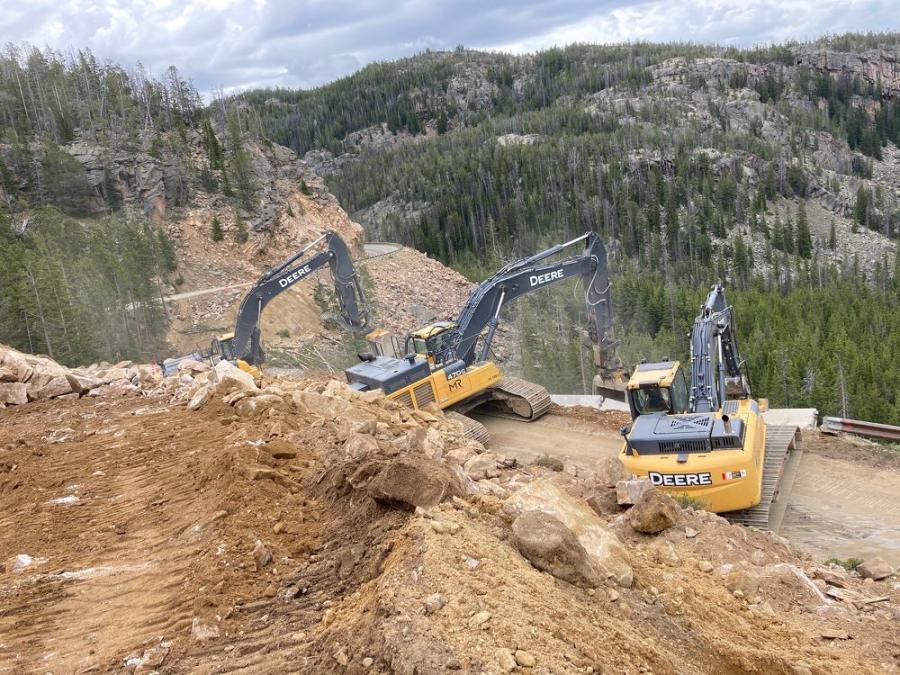 Missouri River Contractors was founded by Steve and four partners in the spring of 2016 and quickly grew to a $25 million dollar/year company just two years later.

It's a bright summer day on one of America's sketchiest, yet breathtaking roadways. Snow flurries drift from above, then drift down the steep cliffs that hallmark this famous highway that goes along the Montana and Wyoming border, through Yellowstone National Park. Summer is in the air but blizzards are possible anytime of year here. And, while the scene is beautiful, the road to get here doesn't take care of itself.

Enter Steve Burch, owner of Missouri River Contractors, who's planning another day on the job for his crew, a team of roadworkers who are tackling a multi-year project that spans a nearly one-mile stretch along the famous Beartooth Highway, up along one of its highest points of elevation. 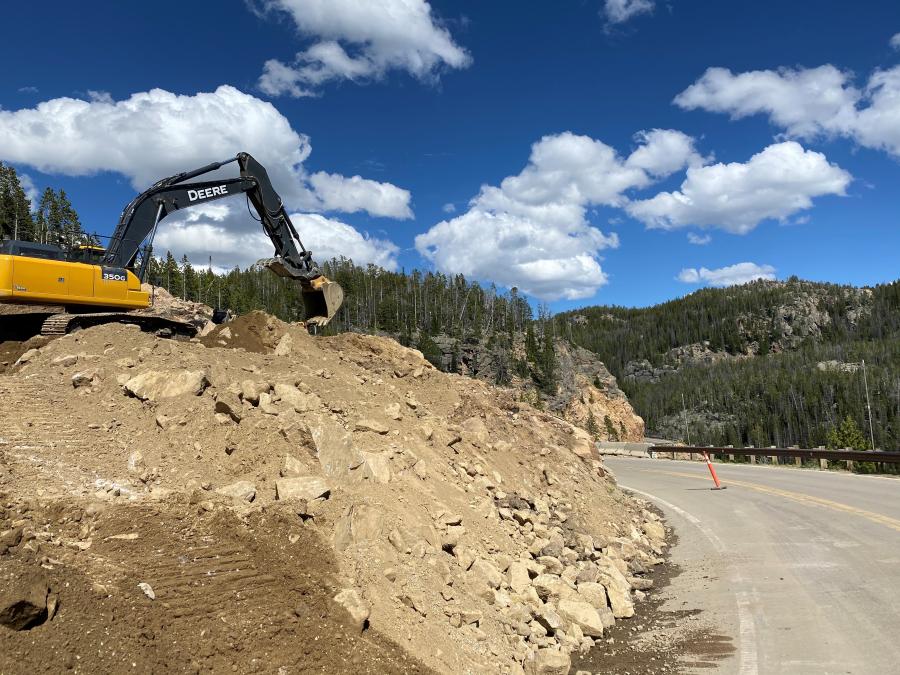 The Beartooth Highway is a 68-mi. stretch of U.S. Highway 212 between Red Lodge, Montana and the Northeast entrance of Yellowstone National Park. Only open a few months of the year, this beautiful drive is one many tourists eagerly choose to take when traveling to Yellowstone. Hallmarked by its striking scenery, the highway will climb to more than 10,000 ft. and offer visitors gleaming views of lush forests, beautiful wildflowers, alpine lakes, and glacial peaks.

But a casual, weekend drive along the Beartooth Highway is one thing. Working along this stretch of highway is another. From high altitudes and steep, windy roads, calling it a tough jobsite would be an understatement. Toss in a project combining both roadwork and bridge repair, a narrow window of time to work, and it's a real challenge.

Missouri River Contractors was up to the challenge. In order to keep the Beartooth Highway in safe condition for travelers, the company signed on for a three-year roadwork and bridge repair project in partnership with the Wyoming Department of Transportation. Work kicked off in late May 2020 and, although it has only just begun, the company has already realized the value of reliable equipment and a reliable partner, as it looks to wrap up year one this fall.

Missouri River Contractors was founded by Steve and four partners in the spring of 2016 and quickly grew to a $25 million dollar/year company just two years later. Today, the company has more than 80 employees and shows no signs of slowing down.

The company works on projects across the state and beyond, from as far north as Glacier National Park near Kalispell, down into southern Montana/northern Wyoming with the Beartooth Pass project, and, in addition to road and bridge work, does a mix of projects including environmental remediation, excavation, and mine reclamation.

Missouri River Contractors continues to thrive in large part because of Steve and his partners' driving passion for the construction industry.

"I love building things, I love looking back at the end of the day and seeing something I can be proud of," he said. Born and raised in the business, Steve's father owned a construction company and, for him, not following in those footsteps was not an option.

Steve's background is also how he found one of his lifelong partners in the construction industry — John Deere equipment. During his time as an equipment manager for another construction company, Steve grew both his appreciation for Deere equipment as well as his partnership with the equipment dealer, RDO Equipment Co.

When Helena-based Missouri River Contractors started putting together its equipment fleet, Steve immediately thought of RDO in nearby Great Falls. RDO provided the company with its first $3 million dollars in yellow iron, nearly all of it Deere equipment. Sales Professional, Damon Van Diest had a relationship with Steve from his previous company and was eager to support him in starting and growing his business.

When it came to the Beartooth Highway project, Damon ensured Steve's team had everything it needed in its Deere equipment fleet, a mix of articulated dump trucks, dozers, excavators, and loaders.

Steve expected the equipment would be up to the demands of the Beartooth Highway project – and it was tested early on with one particular challenge that was going away at any time throughout the duration of the project.

One of the earliest factors that came into play on the Beartooth Highway project: the altitude. The jobsite is situated at an altitude of nearly 11,000 ft. and in Steve's experience, he was aware that could affect the equipment's air-to-fuel ratio and overall performance.

"We've worked in high altitudes before and have had a terrible time with other equipment and trucks not dealing with it well," Steve explained. "But, so far, the Deere equipment has performed well." 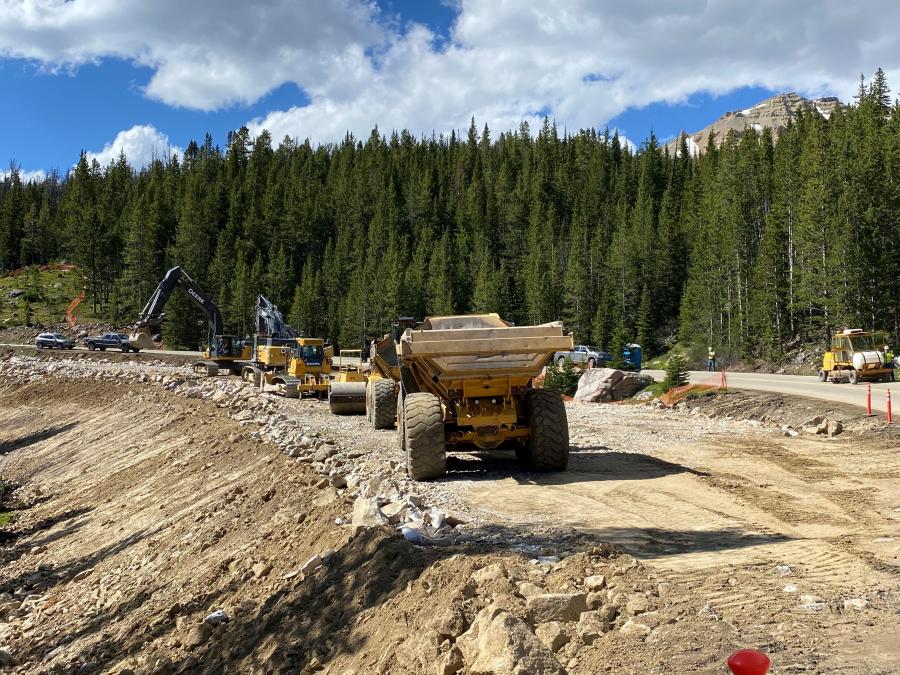 Important because, while the project is multi-year, a typical working season is likely only going to be four months, maximum, due to the amount of snow the Beartooth Highway receives in the fall, winter, and spring. In this first year, Steve says the goals are to get in all the footings for the bridge along with some of the uprights, as well as clear way of a lot of rock to be able to widen and straighten the road.

It's a lot of work in a limited amount of time and during the only time of year this popular highway is open to drivers, which is why the company works six days a week, full 24-hour shifts four of those days.

While the initial altitude concerns haven't been an issue, the job hasn't been without its hiccups. Steve recalls one of the earliest tasks on the project where, again, the Deere equipment came through.

A routine blast didn't go well so they had to bring in their Deere 470 excavators, equipped with breakers to remove the extremely hard granite and rock.

While the Deere excavators were up to the challenge, the tough nature of the application, combined with the altitude can't help but take their tolls on the machines. This is where timely parts and service support from RDO has already proved crucial for Missouri River Contractors.

But, wait — how does a team in Great Falls provide timely support on a jobsite that's nearly 300 miles away?

A Network of Support

"Because of the location and time-sensitive nature of the Beartooth Highway project, we knew the Billings store would have to step in support Missouri River Contractors," Damon said.

Step in — and step up — it has. Up to this point, Missouri River Contractors has had no issues getting the timely parts and service they need from Billings, and that gives Steve confidence as the crew looks to wrap up season one and prepare for what's next.

"We get tremendous service from RDO and that's a big part of why we do business with them, at every store," Steve said.

Luckily, this first season has gone well but as everyone in the construction industry – including Steve – knows, jobsite and equipment issues are always going to be a possibility. Whether his crew needs a crucial parts delivery or a field service technician dispatched out to the jobsite, Steve trusts RDO will be ready to step up — 11,000 ft. up to be exact.