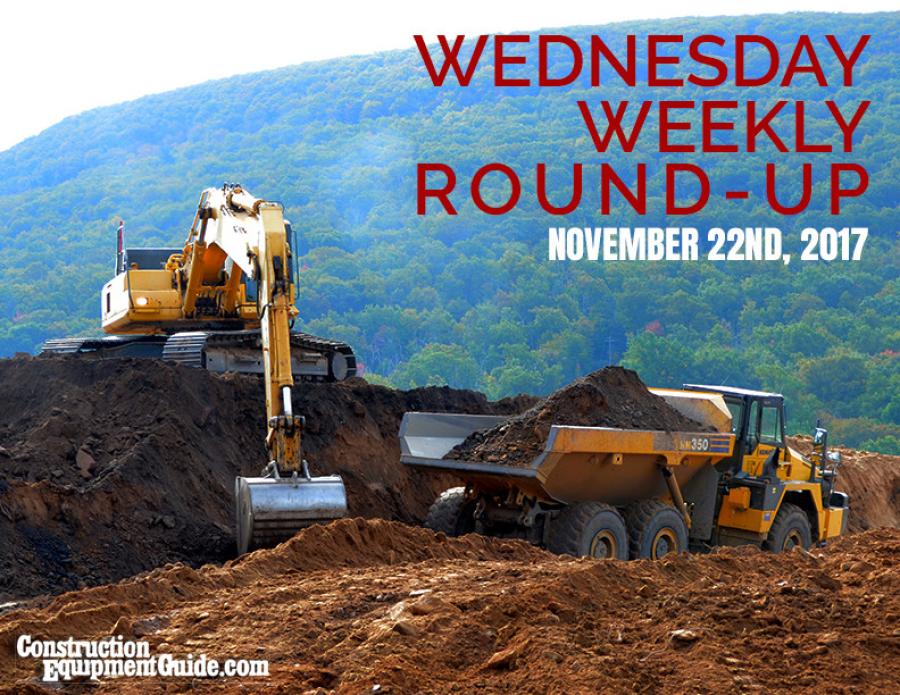 The main branch of the New York Public Library is undergoing a much needed renovation. The renovation plan will expand the facility by 20 percent and includes renovations such as: new bathrooms, creating spaces for research and educational programs, a new entrance plaza on 40th street, and building a new center for research to aid high school and college students. Most of the funds for the renovation have come from private donors, but $9 million of the funds were privately raised.

Fluor Corporation confirmed November 16th that the company that works under its contract with the U.S. Army Corps of Engineers (USACE), has completed a high priority 38kv power line near San Juan. The completion of this power line will allow Puerto Rico Electric Power Authority to re-energize lines that serve an area in Carolina that includes residential neighborhoods, a hospital branch campus of the University of Puerto Rico.

Caterpillar and tech startup Uptake will part ways. Caterpillar joined with the Chicago-based Uptake in 2014. The startup helped Caterpillar create predictive diagnostics for locomotives. Uptake creates digital systems that help keep track of and analyze data for industrial brands. As a result of the separation, Uptake will give back Caterpillar's minority stake in their company. Caterpillar still plans to move forward and continue to concentrate on digital advancements for both the dealers and users.

The South Carolina State Ports Authority wants to build a $35 million terminal for cruise ships near Charleston's City market. The permit would allow construction of new pilings under an old warehouse where the ports authority wants to build the terminal. The terminal is currently used mostly by Carnival Cruise Line and its Ecstasy Cruise Ship. A group of environmental, neighborhood, and historic preservation groups have asked the courts to reconsider the new cruise terminal because they believe it will cause pollution and traffic congestion.

China Energy To Invest $84B in W. Va. Natural Gas

Over the next two decades, China Energy will invest close to $84 billion in West Virginia's natural gas and petrochemical industries. The deal was closed during President Trump's visit to Beijing. This deal account for about one-third of the country's total proposed investment plans in the United States. Plans for the new power plants could start as early as six to eight months from now and China's energy investors were looking at the other U.S. locations such as Texas and the U.S. Virgin Islands.