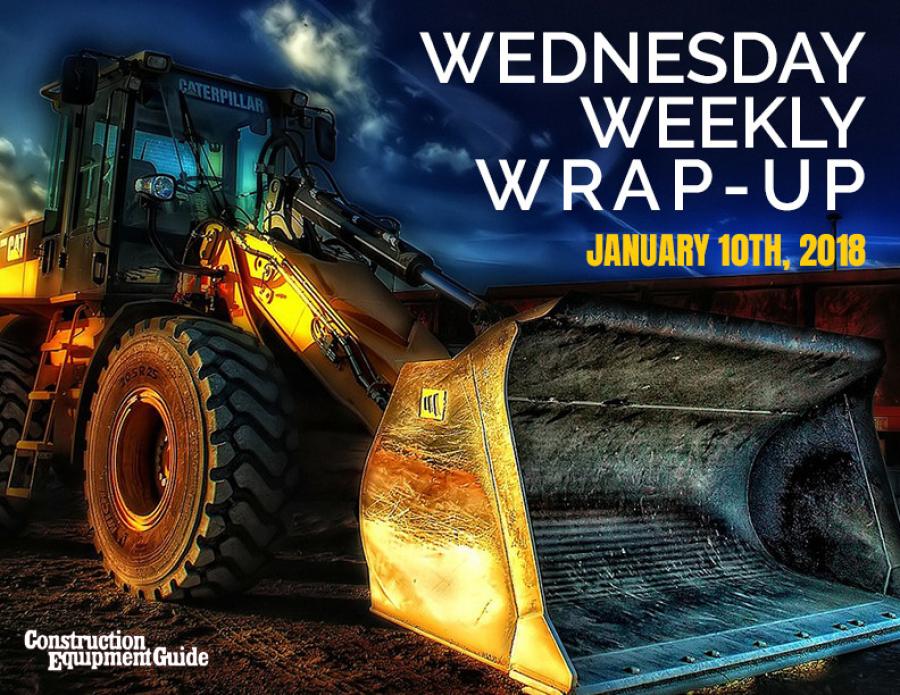 Disney California Adventure has begun construction on the Paradise Pier, which will be turned into Pixar Pier this summer. The Pixar Pier is set to open this summer 2018. Attractions such as California Screamin', Mickey's Fun Wheel, The Games Of The Boardwalk, Sideshow Shirts and the Cove Bar will all be closed during the duration of the construction. When the pier is complete the area will be the home of updated attractions, food, shops, and neighborhoods themed around various Pixar movies.

Construction crews in Arizona found a large amount of stolen military explosives while clearing land on a residential property. The government is now asking for help from the public to find out who buried the stash of explosives. The crew found eighty M112 blocks of C4 military explosives, nine M18A1 Claymore anti-personnel mines with firing devices and one roll of military detonating cord in six PVC pipes. The codes that were on the explosives indicate that they were made in the 1960s during the Vietnam War. The Bureau of Alcohol, Tobacco, Firearms and Explosives (ATF) is offering a reward of $10,000 for any information that would lead to the arrest and conviction of those who stole the explosives.

High-Tech Atlanta Stadium A Hit With Fans After Early Woes

Atlanta's new $1.5 billion, Mercedes-Benz Stadium is living up to the hype despite a series of construction setbacks that delayed its opening. Mercedes-Benz Stadium has drawn record breaking crowds for a number of major sporting events, including the Atlanta Falcons NFL games and United MLS matches. Top music artist such as Trisha Yearwood and Garth Brook have had packed concerts at the new stadium. The stadium is located near Centennial Olympic Park and will host SEC championship football games for the next 11 years along with the 2019 Super Bowl and the NCAA men's Final Four in 2020.

Quick-Thinking Crane Operator Comes To The Rescue After Car Accident

A crane operator in China has been named a hero after he helped rescue passengers whose bus fell into a river after an accident. The accident occured on January 3 in Changzhou, China. A speeding car crashed into the bus, causing the bus to fall into a river by the road. A video that was taken shows the crane operator coming down from his crane and running to the scene. He then used his crane to lift the equipment to pull the bus passengers to safety. When firefighters arrived, the bus driver and all the passengers had been rescued.

The hearings were completed on the Northern Pass project and New Hampshire regulators plan to start their deliberations in December. The project seeks to run a 192-mile transmission line from Pittsburgh to Deerfield, that will carry enough hydropower to power about a million homes. In Canada, the province of Quebec granted Hydro-Quebec a permit to construct the hydroelectric transmission line to connect with Northern Pass at the U.S. border.