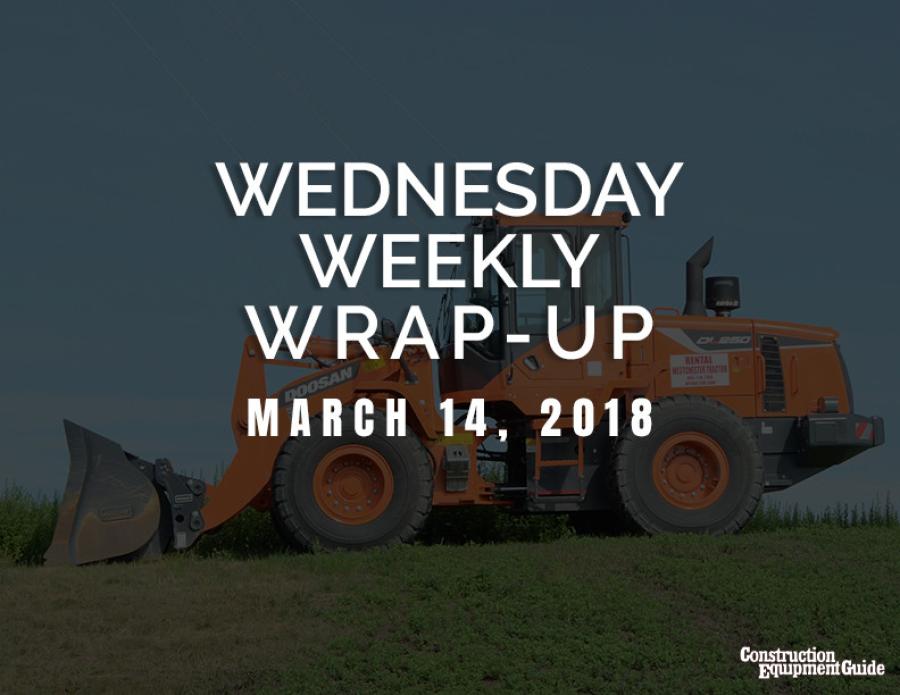 It is Wednesday Wrap-Up time and just in case you missed it, here is your recap of several popular stories from our site over the past week:

If you decide to visit the Missouri Capitol, you will be weave your way through a construction zone while the 100-year-old building undergoes a major renovation. Chicago-based Bulley & Andres Masonry Restoration has been awarded the $28.7 million contract, and is set to last until late 2020. It is estimated that 450,000 people visit the Capitol annually. Because of this, the Capitol will remain open, but the south roadway will be closed and parking will be limited, so be sure to plan ahead.

Construction work on the Las Vegas stadium that will house the Oakland Raiders in two years has exceeded the targets for hiring minorities, women, and small businesses in participation. Under the plan set forth by the Raiders, minority and female workers are to carry out at least 38 percent of construction work hours and 55 percent of operation hours on event days. The Raiders are set to start their 2020 season at the new 65,000-seat, domed venue located directly across from the Las Vegas Strip.

The Swinging Bridge, built in 1925 by the Minneapolis Bridge Company, is just one of the five pedestrian suspension bridges in the state. The historic bridge in River Falls, Wisconsin might be small, but its construction is extremely unique. The bridge, which cost just $4,800 to build at the time, has become an iconic piece of the town. On February 16, the bridge was added to the Wisconsin State Registry of Historic Places, which is a required step for the bridge to eventually get onto the national registry list for protected historical sites. If the bridge makes it onto the registry, it could lead to future opportunities for both federal and state grants, which would be essential when the bridge requires future reparations.

The White House has outlined its plans to fund infrastructure projects across the country; however, Democrats have alternative plans, including a proposal to contest the newly-passed tax plan. Democratic leaders revealed details of their plan on March 7, outlining a way to get more than $1 trillion to fund various infrastructure projects, including $140 billion for road and bridge improvements, $115 billion for water and sewer improvements, and $50 billion for rebuilding the nation's schools.

The Mississippi River has long been the dividing line between the American East and West. Flowing south from its headwaters in Minnesota, the 2,320-mile-long river almost completely splits the country from north to south all the way to the Gulf of Mexico south of New Orleans. One ancient bridge along a remote highway between Missouri and Illinois is finally nearing retirement with a new replacement currently being built. The $68.2 million project is a collaboration between the Missouri and Illinois Departments of Transportation. Prep work on the replacement bridge started last April.