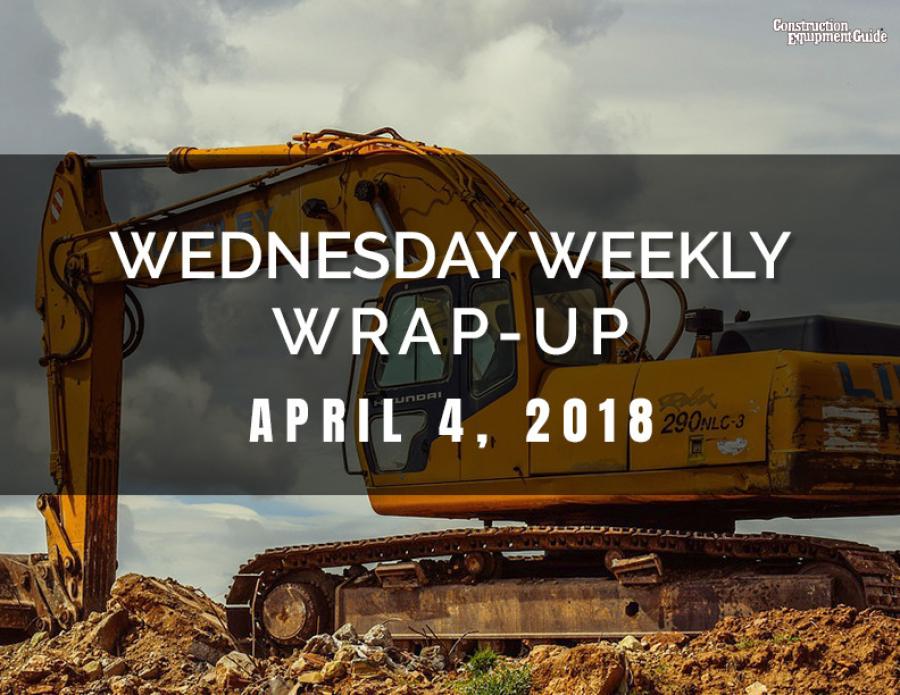 During the construction of Detroit's $862.9 million Little Caesars Arena, only 25 percent of the hours worked by skilled tradesman were actual residents of the city. By March 2017, contractors have paid $2.9 million in fines for not meeting the 51 percent threshold by the city of Detroit. The city fined a total of 44 contractors, ranging from more than $51,000 for an electrical contractor down to $9.63 for an hourly painting contractor.

Months after Hurricane Maria devastated Puerto Rico, its infrastructure is still recovering. On March 27, the Los Angeles Dodgers announced their support to help get Puerto Rico back on its feet. The baseball team will donate $2 million to Habitat for Humanity of Puerto Rico to aid the rebuilding initiatives. Nearly six months after the devastating hurricane, Puerto Rico is still recovering from the damages sustained from the storm. About 100,000 residents are still without power.

The deadline as come and gone for commercial vehicle drivers that are not using electronic logging devices to track their driving hours. Drivers that are not using the electronic logging devices could be penalized by being placed out of service for 10 hours, assessing points against their driving records, and could possibly face civil fines. The regulation is intended to increase highway safety by ensuring that commercial drivers adhere to federal hours-of-service rules and take their required rest periods.

The PennDot Secretary announced two significant studies aimed at laying out a road map for enhancing the Harrisburg Transportation Center and the area that is adjacent to the station. The department has completed 90 percent of its design so far for the $15 million renovation and is working directly with Amtrak regarding a construction schedule.

The next chapter of the Wells Fargo Center Renovation is planned to be completed by Fall of 2018. It will feature an entirely new Mezzanine level, which accommodates approximately 40 percent of the arena's total capacity. Not a single aspect of the Mezzanine level's original layout will remain once the work is completed. Highlights of the new Mezzanine will include: 150 new LED game-action screens, 8,000 new seats featuring cup holders, and expanded food and beverage locations with additional offerings.