New 39-Story Hotel in NYC's Chelsea Close to Topping Out 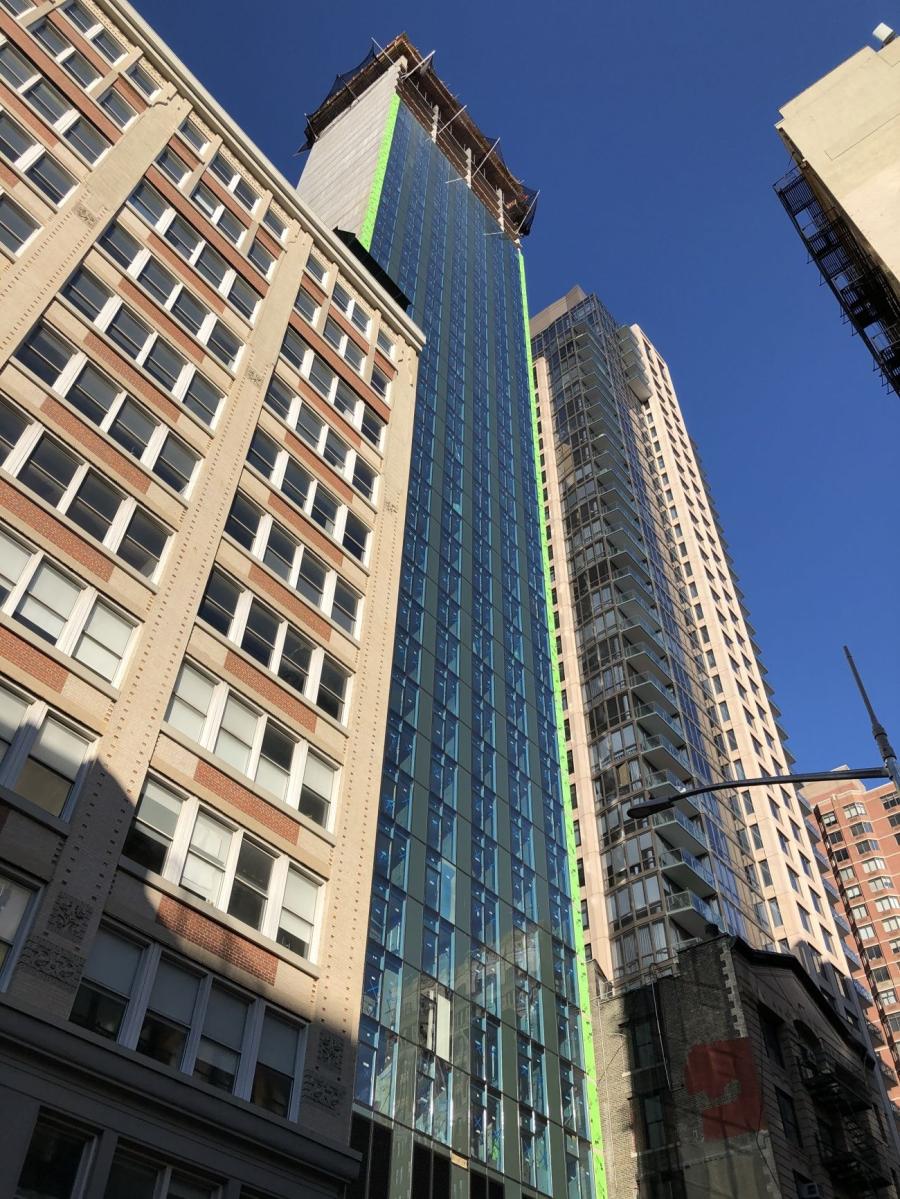 Construction is nearing the topping out point at 113 West 24th Street, a 39-story Marriott hotel in Manhattan's Chelsea neighborhood. The new structure is designed by New York's Stonehill & Taylor Architects and developed by Lam Generation, itself a Manhattan firm that develops and constructs hotel properties throughout the city.

The Marriott tower will stand 420 ft. tall and yield 360 rooms averaging around 380 sq. ft. apiece. The site is located between Sixth and Seventh avenues, nine blocks southwest of the Empire State Building.

Recent photos show the tremendous amount of progress that has occurred in the last six months, when construction had just begun to rise above grade. Now, the reinforced concrete superstructure is only a few floors away from reaching the parapet, and much of the glass curtain wall has been installed. Long vertical strips of dark metal panels separate the windows on the northern and southern elevations, while the eastern and western walls are likely to be left as blank concrete.

A completion date for 113 West 24th Street has not been announced, but the project will likely open in 2021.

Nearby are several other construction projects simultaneously rising around Stonehill's latest Marriott hotel design, including 39 West 23rd Street, designed by COOKFOX Architects, DPC; and 140 West 24th Street by Gene Kaufman Architect PC. Both design firms are based in Manhattan.

A finalized rendering of 113 West 24th Street has not been released. The structure as previously rendered would have offered a striking design with its dramatic white fins, but the project's substantial height will still contribute favorably to the skyline.