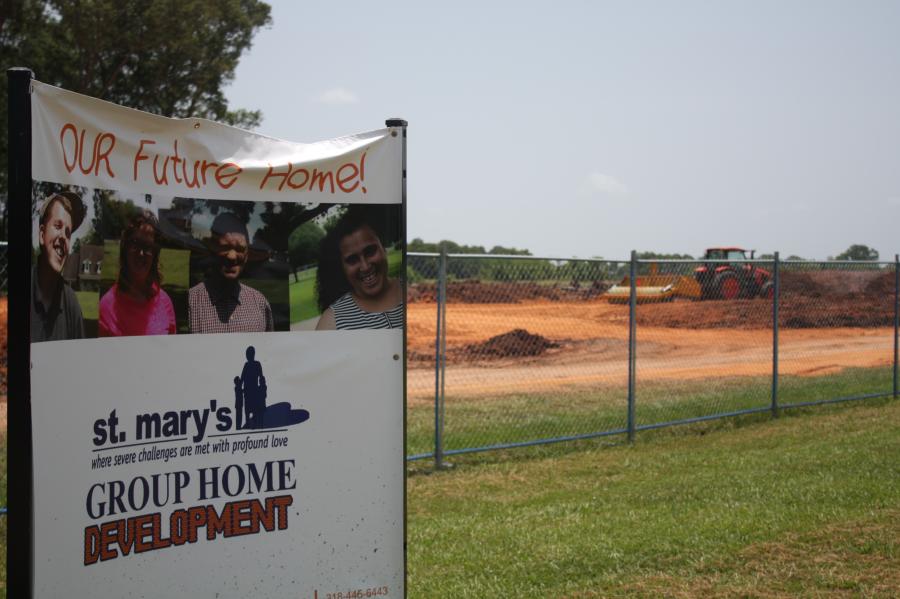 The $9.5 million-dollar project will eliminate dormitories on St. Mary’s campus and transition more residents from dormitories to a true home of their own.

One hundred and twenty-six children and young adults with developmental disabilities will be getting homes of their own next year when 15 new group homes are completed in Boise, La.

Crews broke ground on the project at the St. Mary's Residential Training School in June 2018.

The $9.5 million-dollar project will eliminate dormitories on St. Mary's campus and transition more residents from dormitories to a true home of their own, said Tamara McNulty, director of development.

“This project has been a long-time coming for us at St. Mary's,” said Christi Guillot, St. Mary's administrator. “With 40 people living in a dorm, it can be quite chaotic. It's not a place that really feels like home and we believe our residents deserve better.”

The homes are traditional in style with brick exteriors and other commonly used building materials.

“We are using impact resistant sheetrock due to the nature of the clients who will be living in the homes,” said McNulty. “All of the homes are handicap accessible, and each are equipped with a sprinkler system and fire alarms. Each home will also be equipped with a generator that is capable of powering the entire home in the event of an electrical outage.” 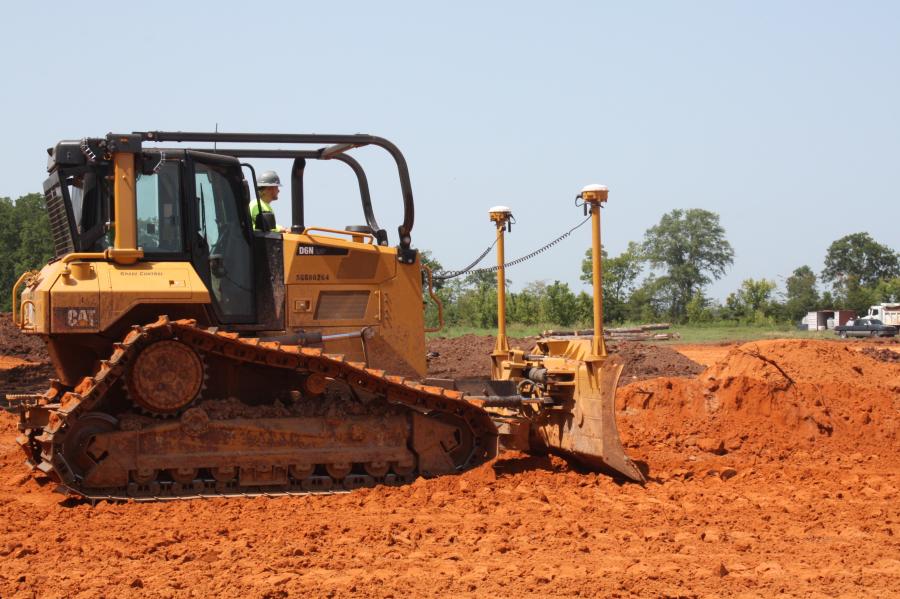 The homes are being constructed on an 8-acre site, which had to be prepared for construction by removing three feet of topsoil, then adding in an addition five feet of new soil.

In addition to the homes, St. Mary's is also making infrastructure improvements with new roads being constructed to connect the homes to the residence campus, as well as new sewer systems and a lift station.

The one-story homes are 2,993 sq. ft., and each will house eight residents with a bedroom for each, a shared kitchen and living room space, two bathrooms and an office space for support services.

At the groundbreaking in June, the Red River Bank and Federal Home Loan of Dallas presented St. Mary's with an affordable housing program (AHP) grant for $450,000 to use toward the homes.

“AHP grants, awarded annually by FHLB Dallas, assist members in the creation or rehabilitation of affordable, owner-occupied rental and temporary housing for very low- to moderate-income households in FHLB Dallas' five-state District of Arkansas, Louisiana, Mississippi, New Mexico and Texas,” according to an FHLB press release. “In 2017, FHLB Dallas awarded $7 million in AHP grants to 19 projects that will result in 1,108 new or renovated housing units. Of that, $1.7 million was awarded to Louisiana projects, and will result in 113 new or rehabbed housing units.”

St. Mary's was founded in Clarks, La., in 1954. In 1974, it moved to its current 55-acre campus in Boise. Today, St. Mary's, which is operated under the Catholic Diocese of Alexandra, provides housing for more than 200 individuals. The facility defines itself as the place “Where severe challenges are met with profound love.”

“Families typically come to us as a place of last resort,” McNulty said. “We're one of the very few in Louisiana that accept children. We provide a safe living environment and education that helps them meet their fullest potential.”

St. Mary's currently operates 10 group homes, with eight on the campus in the Boise community.

When St. Mary's originally began, it had a sister organization in Shrevesport called Holy Angels, McNulty said. Children were admitted into Holy Angels from birth to the age of 3 and then transitioned to St. Mary's for their school years until the ages of 21. About a decade ago, instead of the facility being a transition period, the board of directors agreed to provide a bed for the individuals for life.

“Dormitories, when it was a pit stop in your life, that is OK,” McNulty said. “But when you have someone who is going to be here for life, dormitories became an issue. We are happy to provide this housing for some of Louisiana's most vulnerable residents. There is one resident who came into our office every single day and asked when construction for the group home will begin. When the ground breaking was given a concrete date, he had the biggest smile on his face. This particular resident, along with the other disabled individuals in the dormitories, cannot wait to have their own personal space.”

The completion date for this project is June 2019.