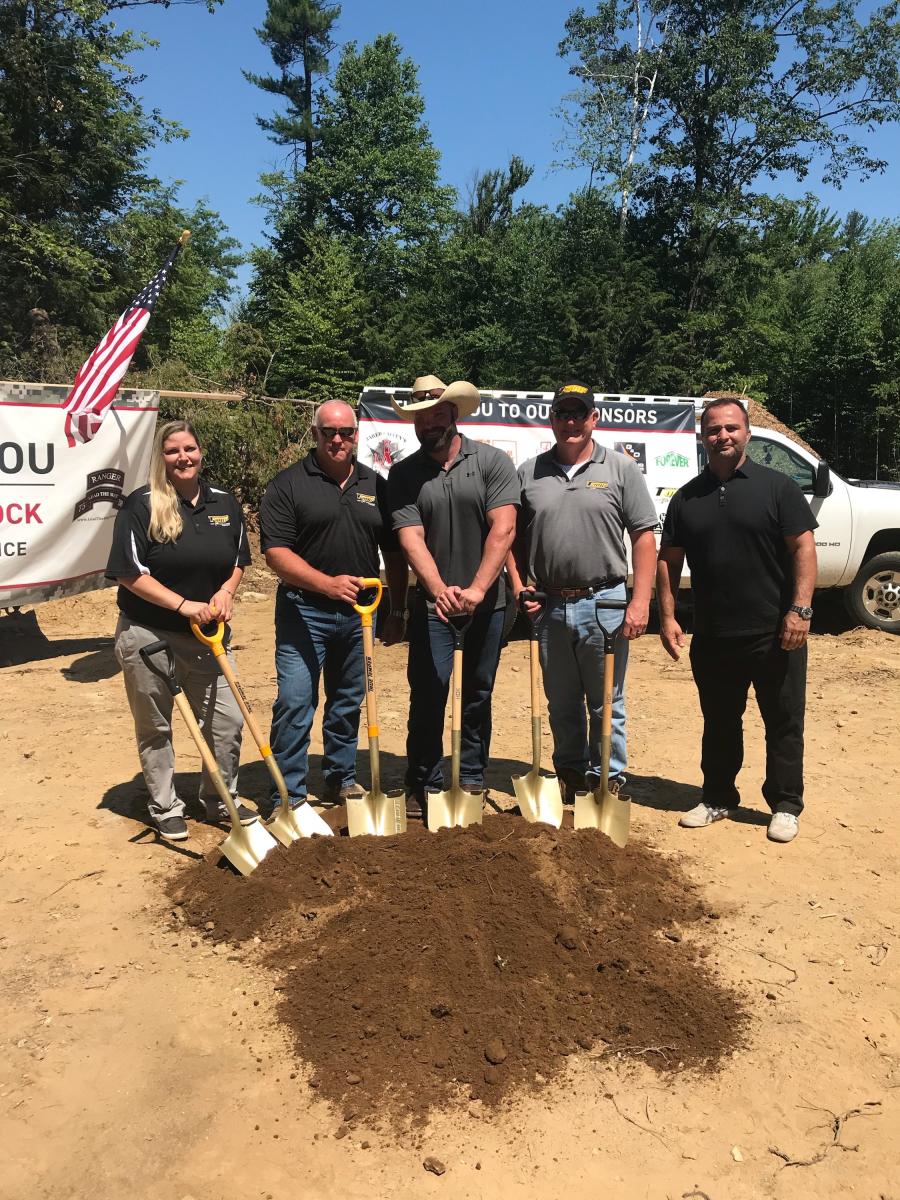 A little more than five years ago in 2013, U.S. Army Sgt. Tom Block, was on his fourth deployment in three years in Afghanistan as a Ranger with the 3rd Battalion, 75th Ranger Regiment.

By this point in his career, he was a seasoned warrior, so when his platoon was directed to apprehend an individual in a village outside of Kandahar, Block was ready to go. 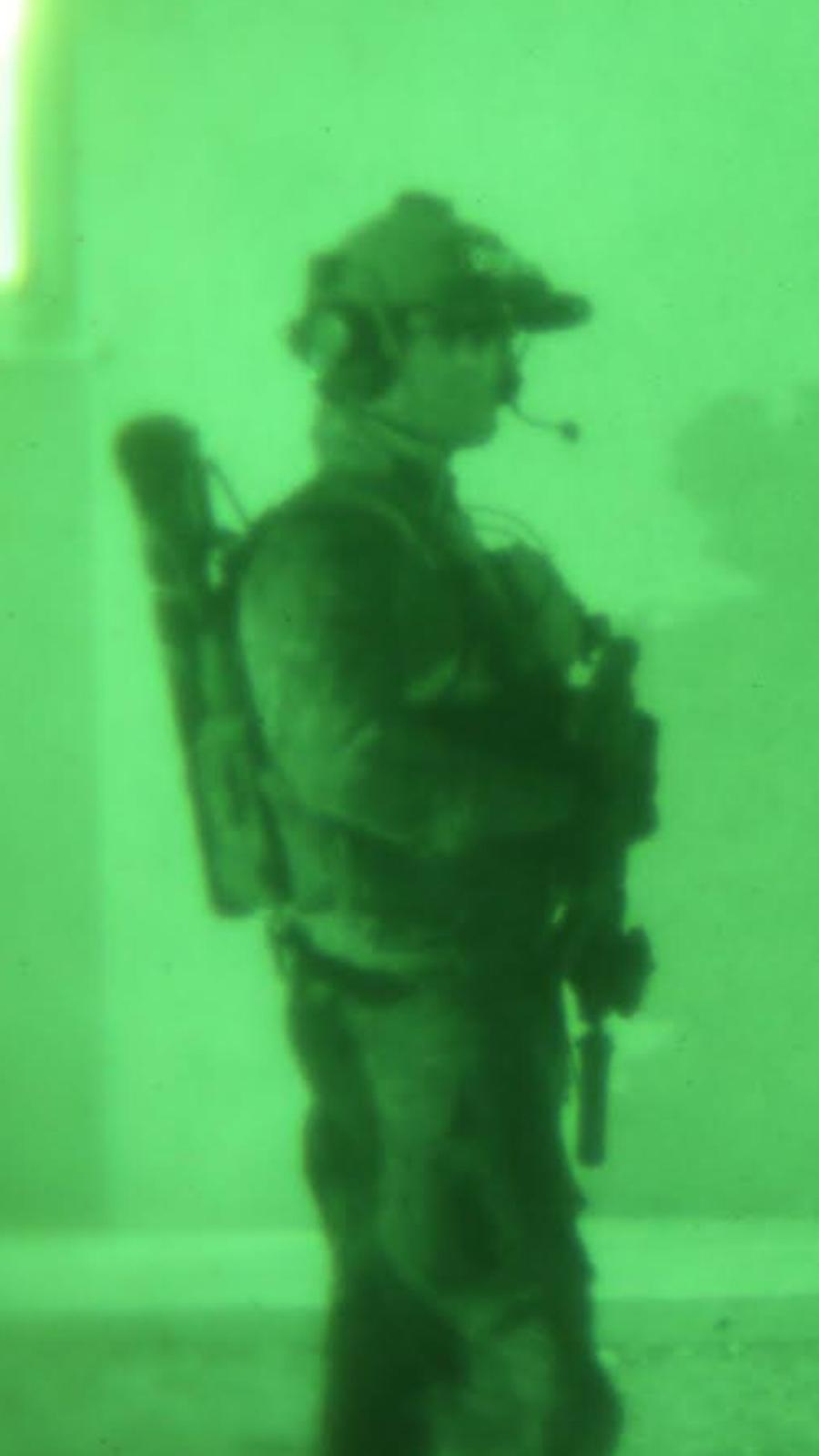 “It was just like any other mission,” he said. “We received some intelligence that we were going after this guy, and he's here at this location, and this is what we're doing. We were getting all excited about going after the bad guys. We were conducting a direct action raid in southern Afghanistan in Kandahar and it was like any other night.”

His team was briefed on the airfield; they were going to prevent a high profile suicide bombing attack. It was only going to be a 10-minute flight by helicopter to the target.

“I can still feel the heat from the helicopter engine,” he recalled. “It was a hot, hot night … and it was so humid. We landed in a pocket of the mountain, just outside of the city. We got off the bird and made a hard right turn and I started leading my element to the compound, which was only about 100 meters away.”

Block and his team approached the compound and soon found two individuals — a man and a woman.

“I called out to the man and told him to come to me … I told the woman to stay where she was,” he said. “I have the man in my hands and my gun over his right shoulder. I started to take a back step out of the doorway in which I was standing.”

Then, the woman jumped up.

“She ran toward me and got within eight feet of me and blew herself up. The guy that I was holding vaporized; she vaporized; and I was thrown back 30 feet into a ditch.”

Block was still alive, but had immediately lost his right eye, his left lung had collapsed, multiple burns and shrapnel wounds up and down the left side of his body, and a broken right foot.

“Immediately, I tried to clean myself up, but I stopped moving because what they do is blow you up and then hit you up with machine gun fire, and if anybody had any cover, I didn't want them breaking cover and coming after me … I figured I was dead anyway.”

After about a minute or so, he figured, alright, he's not getting shot at, so he called out … a couple of times.

“A fellow ranger buddy picked me up by the shoulder straps, and I grabbed onto him by the arms and he dragged me backwards with me trying to back-pedal and we got out of there as fast as we could … we were going to get out of there together.”

His fellow ranger started to do field triage on him. Within 10 minutes of blast going off, a med-evac was coming his way and they picked him up and got him out of there. 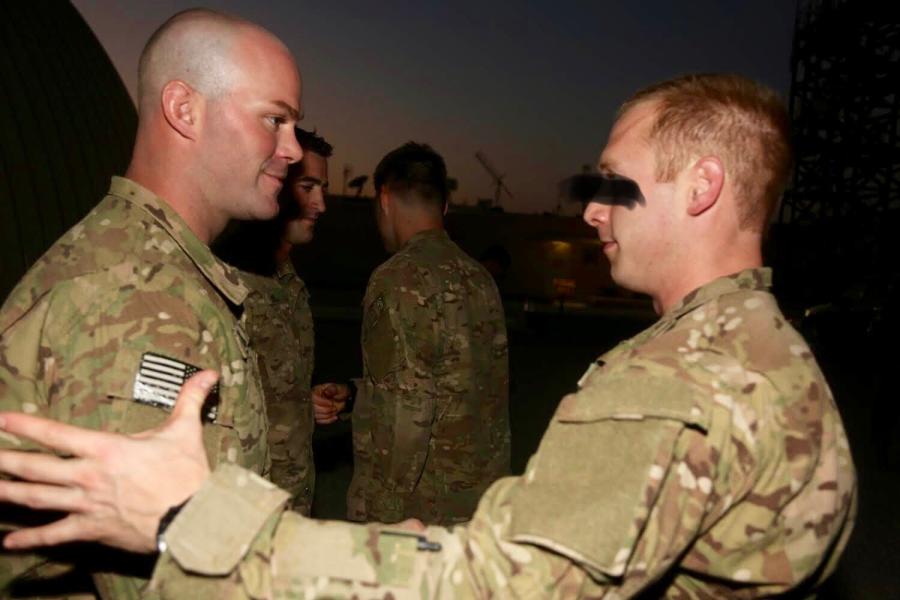 “I got to Kandahar airfield; I saw the flight line; I saw the medical facility; and I woke up in Bethesda, Md., in Walter Reed Army Medical Center.”

Block endured a long, difficult recovery and rehabilitation process, but ultimately defied his physicians' expectations and is doing well today. His heroism and sacrifice on Oct. 6, 2013, earned him the Army Times' distinction of Soldier of the Year in 2014.

Today, Block is married and a father of a one-year-old son, works for British Aerospace Engineering, a government contractor that manufacturers military weaponry and technology and will soon be living in a new house in Derry, N.H., due to Jared Allen's Homes for Wounded Warriors, Ranger's Lead The Way Fund and other generous supporting partners.

Block is humbled and grateful for what is being done for him and his family. 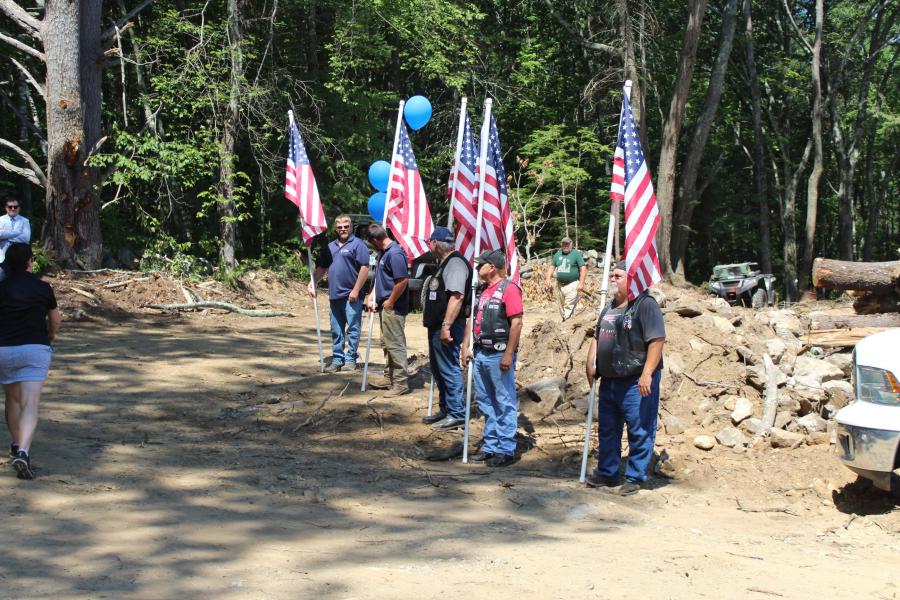 “If it wasn't for the Lead the Way Fund, which is a ranger-oriented non-profit, and their partnership with Jared Allen's Homes for Wounded Warriors, I wouldn't be with Jared Allen,” he said. “They've been there since the start when I woke up in Walter Reed.”

It started with a simple phone call from Jared Allen to Block, to see if he would be interested in having a home built for him to honor his service to the United States. He was.

“The cool thing about Jared Allen's Homes for Wounded Warriors is that they build totally customizable homes,” Block said. “It's completely on you to design your own home within the specified guidelines. It's great because there are a lot of other organizations that are like, 'hey, we want to build you a home, but it has to be what we want.'”

Block said he has some difficulty in his current home in Woburn, Mass.

“I fall down the stairs all the time because of the house I live in now … it's too short, too narrow,” he said. “I run into narrow doorways. I'm a large guy and I like to lift weights. I have a hard time fitting into the house I live in right now. This new house will have wide hallways with a very open layout and no stairs. There's very little that'll be in my way where I could get injured. I still have a steel plate in my foot.”

North South Construction Services of Barrington, N.H., is performing the site prep work for Block's new home, which is scheduled for completion later in 2018. The contractor reached out to T-Quip Sales & Rentals of Londonderry, N.H., to see if the equipment dealer was interested in helping. Craig Cypret, general manager, and Mike McManamon, sale representative in the territory, had recently done some business with North South Construction. Cypret jumped at the opportunity.

“Of course, there was no question that we wanted to get involved,” said Cypret. “We were 100-percent on board with that.”

About two weeks later, T-Quip had donated a Caterpillar 336 with a thumb, a 324 excavator, a Cat D4 dozer and later, a Komatsu PC160 — all to be used for landclearing, stumping, digging the foundation and for septic, and for keeping the work on grade. The equipment was onsite for approximately three months.

“A lot of the people, including me, at T-Quip have and have had people in their families who have served in the military,” Cypret said. “Being able to support veterans, especially a veteran of this caliber who was in battle and sacrificed a lot … to be able to help him out, to me, I don't know how else you can give back to a man who almost lost his life serving our country than to be there for him like this.”

Cypret's involvement with this project has also led to a burgeoning friendship with Block.

We've been golfing together,” said Block. “I truly enjoy his company and I look forward to growing the friendship even more.”

For Block, the new home is about planting roots and providing for his family the best way he can. 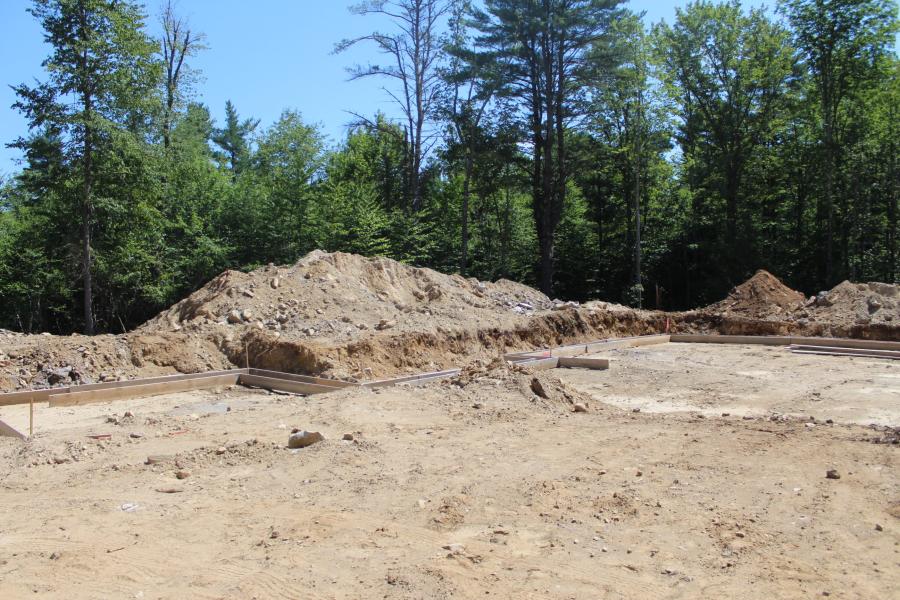 “It gives me an advantage by being mortgage-free and I can be more gracious with my time,” he said. “I can look forward to maybe being able to take an extra day off and help somebody else. My goal with this is try to pay it forward as much as I possibly can.”

The charity was formed in October 2009 by retired Minnesota Vikings defensive end Jared Allen after he returned home from his USO trip to U.S. Military Bases in the Middle East. Allen was moved by the commitment, dedication and sacrifices that U.S. soldiers make every day to protect freedom. As such, he wanted to express his gratitude to every soldier in the only way he knew how — by embracing the conflict and making a positive life-changing difference in the lives of those who need it most. For Block, his association with Jared Allen was special in another way. Block is a Minnesota native and grew up a Viking fan.

According to Jared Allen's Homes for Wounded Warriors, Bureau of Labor Statistics data show that one out of every four of the 2.3 million who served in Iraq and Afghanistan have a service-connected disability.

“This is a tremendous opportunity for our organization and for our potential partners to show dedication and compassion to our service men and women, and to really make a direct and tangible difference in soldiers' lives,” according to a statement on the charity's website.

“Jared Allen's Homes for Wounded Warriors welcomes new opportunities to develop partnerships with corporations who share in our commitment to helping serve our wounded military veterans and their families.”

“I want to thank all the people who are donating their time and labor to the cause, not just in New Hampshire but on all the other job sites,” Block said. “Jared Allen's Home for Wounded Warriors is in the process of building about 19 homes now. The gratitude that I have I hope represents the gratitude of every veteran that has received a home from them so far and will continue to receive in the future.”