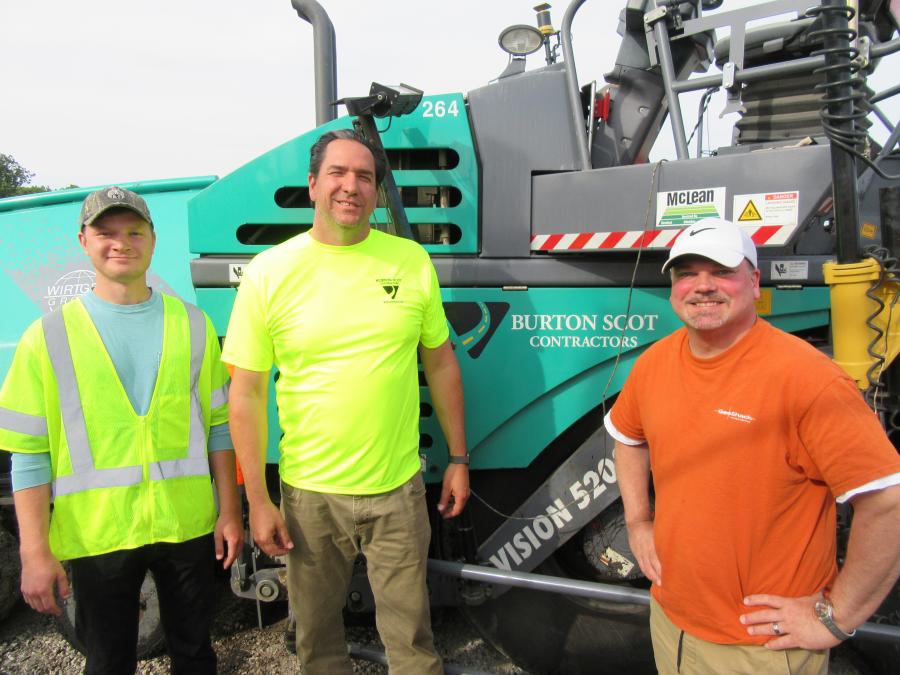 When Burton Scot Contractors, headquartered in Newbury, Ohio, was awarded the contract for the Cuyahoga County Airport runway rehabilitation and improvement project, Scot Paulitsch, company president, knew the job would require a combination of careful planning, the right equipment and a well-trained and dedicated crew.

Established in 1985, Burton Scot Contractors has developed a strong reputation for work in asphalt pavement installations and rehabilitations of federal and state highways, county roads, city streets, private and public subdivisions and parking lots as far west as Vermillion, Ohio, and as far east as Pittsburgh, Penn. With ODOT certification for a wide range of services, Paulitsch knew his team was up to the task; however, the Cuyahoga County Airport project was the biggest job the company had ever undertaken.

The $9 million runway reconstruction, which was funded 90 percent by the FAA, five percent ODOT and five percent through local funds, would ultimately require 40,000 tons of P209 base topped off with 45,000 tons of asphalt. The existing runway was super elevated, but due to recent FAA regulations, airport management wanted to replace it with a crowned runway. To accomplish the task, crews added 17 in. of stone to half the width of the runway and 12 in. of asphalt were installed to the entire runway surface. The completed runway is 100-ft. wide by one-mi. long. In addition, the job also called for totally removing and replacing three taxiways and adding a fourth.

Burton Scot Contractors subcontracted the excavation work to Great Lakes Crushing, freeing them to focus on the actual runway construction. The work presented the dual challenges of extremely tight tolerance requirements while being extremely time sensitive. Burton Scot Contractors was only given 50 days to complete the job, and the work was monitored by two testing companies: Solar Testing and the airport's testing company, Resource International.

Since mat density is critical, the installation was monitored using a nuclear gauge and core samples were cut for laboratory testing to ensure compliance with specifications. Paulitsch needed to ensure that his crew and equipment were employed as efficiently and productively as possible. He'd worked with GeoShack in the past, and because of his previous experience, decided to call them to discuss mapping out the project, as well as setting up his pavers with machine control.

Because of the variations needed to run several leveling courses, Paul Naylor, GeoShack support manager, built a 3D surface model in AutoCAD to map out lifts to meet minimum and maximum requirements for the runway mat.

For the asphalt paving, it was decided to equip the pavers with Topcon's Millimeter GPS system (mmGPS). Topcon's mmGPS technology works with existing Topcon GPS+ systems to control multiple machines and rovers at the same time. The accuracy of the system allowed Burton Scot Contractors to use one operator for each of the three pavers on the runway rather than having three operators on each paver. Using the system with augmented laser GPS, they were able to run a 51-ft. span in one pass. The two lead pavers, set at 19-ft. each, were equipped with mmGPS, and the center paver, set at 13 ft., was set up with Topcon's joint matching sonics. The company employed a Volvo PF2181 paver and a Vogele 5203 2i paver set up with the Topcon mmGPS and another Volvo PF2181 paver set up with the Topcon joint matching Sonics. The pavers also were equipped with Carlson EZ IV screeds with extensions that can go up to 20 ft. wide.

According to Greg Koly, GeoShack senior machine control specialist, the mmGPS system sets up a Topcon Laser Zone 31 ft. high that covers the work site for 1,000 ft. Laser Zone, a coded laser that creates a grade control zone, combines the advantages of satellite positioning technology with the accuracy of a laser. A running series of three lasers are leapfrogged to move with the work area as opposed to the alternative of running robots in which five total stations would be needed. With mmGPS, they were able to run four receivers plus a grade checker off one laser.

The airport closed the runway on May 30 at 10 p.m. and required that it be open again by July 1 at 7 a.m. As Paulitsch explains it, to stay on schedule, they needed to have 10,000 tons of asphalt down by May 31; however, due to the increased productivity that resulted from using Topcon mmGPS, they had 30,000 tons down within that timeframe.

According to Paulitsch, the job was not without setbacks. The crew had to contend with rain throughout the project — and at one point — they were required to cement stabilize 25,000 sq. yds. of the runway, which cost the crew five days of cure time. Despite these obstacles, Burton Scot Contractors was able to remain ahead of schedule.

Paulitsch said that the GeoShack team is extremely knowledgeable and has been great to work with, providing outstanding support and technical assistance.