One Purchase From JCB Leads to Three at Stone & Sons 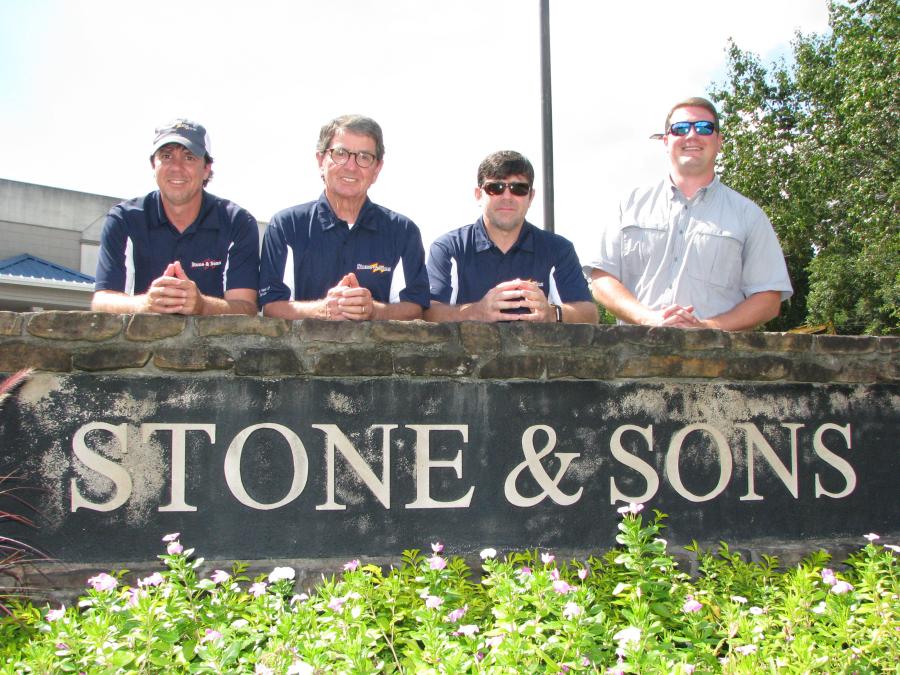 (L-R): At the Stone & Sons headquarters in Birmingham, Ala., are Brody, Danny, and Tyler Stone with their JCB of Alabama sales representative, Mark McCarty.

After running a successful contracting business for more than 20 years, it's safe to say Brody Stone and his father, Danny, know a good product when they see it.

Brody, Danny and Brody's brother, Tyler, launched Stone & Sons Electrical Contractors Inc. in 1994 after Brody graduated from college and primarily work with large-scale contractors, as well as municipalities and the Alabama Department of Transportation. Brody and Tyler both serve as vice-presidents while Danny holds the title of owner-president.

Over the past two decades, the company has grown consistently every year and now employs more than 100 people and takes on jobs throughout the Southeastern United States.

Currently, one of its largest jobs is a two-year interstate project right in the heart of downtown Birmingham with Texas-based Johnson Brothers Corporation. While Stone & Sons has an impressive fleet of equipment and trucks, for this job it needed a machine that could fit into tight workspaces and still get the job done.

"The project has narrow corridors that needed a long reach and the ability to turn on a dime in between precast poured concrete highway sections in rows," Brody Stone said. "Our contract work is for LED lighting, and we had to have the perfect machine to maneuver around to accomplish our work.

"Our project manager on this job, Marcus Henderson, said that he had seen the machine that could do the trick, and it turned out to be a JCB Teleskid. I said let's check it out, so, like everyone else, we pulled up the YouTube videos on our computer. 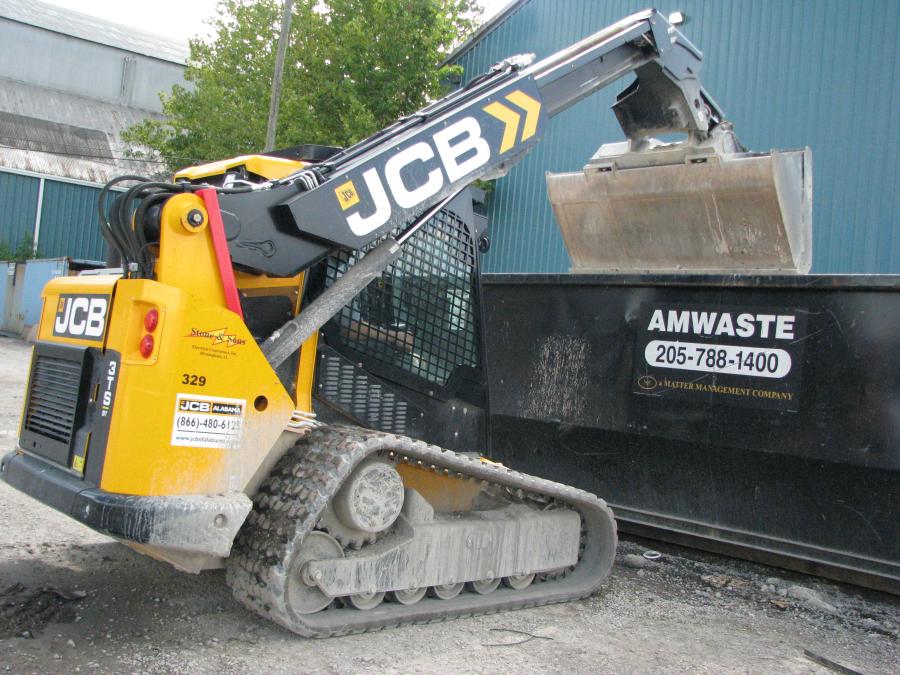 "The JCB of Alabama (also known as Southland Machinery) rep had already been calling on us, and we were familiar with them. Our guys quickly contacted him. We made the deal, put a Teleskid on the job site, and the guys absolutely love it. It fit the bill perfectly."

According to Stone, the JCB Teleskid was well worth the investment, because of the machine's versatility.

"This is a one-of-a-kind machine that no other dealer could put me in," Stone said. "From the beginning, when JCB of Alabama sales rep, Mark McCarty, delivered the Teleskid to our bridge job site and we demoed on site, we found it to be the machine we needed."

"Mark really sold me on the single-power boom design, because of the amount of steel in it and the strength of it, which is completely uncompromised compared to the dual boom. The lifetime warranty on the boom was certainly a big selling point and helped give us confidence as well.

The single-power boom offers improved visibility and operator safety due to its side-door entry.

"Ergonomically, the machine is very sound," Stone added. "When we first took delivery of the machine, we received a comprehensive orientation of the service points and intervals and total overall upkeep. JCB's Live Link Lite machine monitoring and service alerts, the online program that allows the dealer to assist in machine service, will also be of tremendous value." 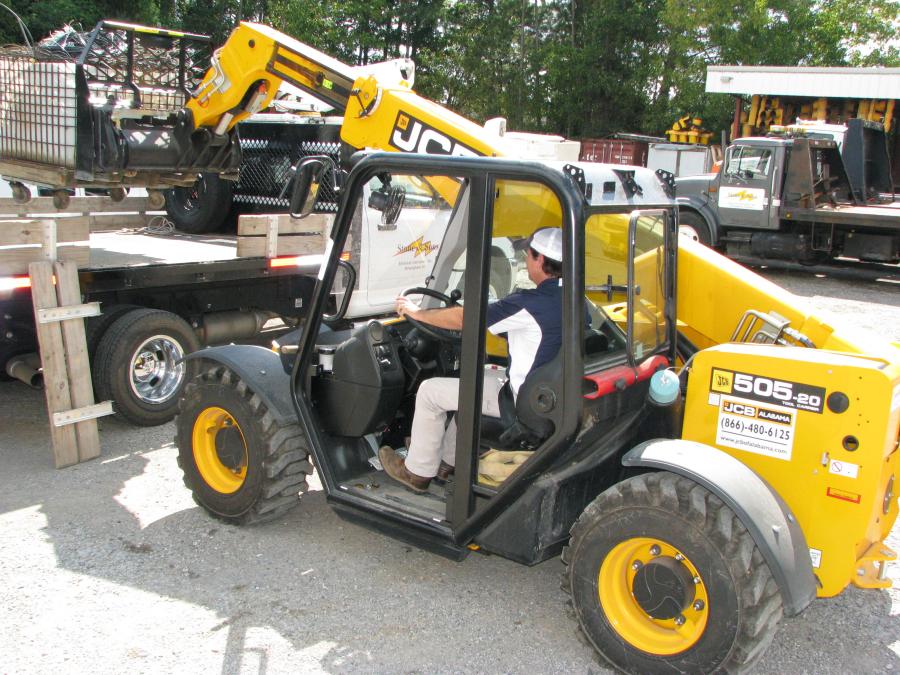 Soon after it purchased the Teleskid, Stone & Sons decided to invest in two JCB 505-20 Telehandlers, as well.

"We needed one forklift here in the yard for deliveries and another forklift to send out to the same job where the Teleskid is working to offload electrical components and pole bases from freight trucks," Stone said. "The operators are enjoying these machines as well.

"This is our first experience with JCB machines, and they are machines that I studied and feel extremely comfortable and confident with," he continued. "I had never bought three pieces from any one manufacturer in a single year, until now. A big part of the purchase is that our JCB rep is always here when we need him and easily accessible at any time. At this point, I'm completely open to trying other products they sell."

Mark McCarty and JCB of Alabama have been great to deal with, Stone said.

"They've become my friends through these machine purchases. Sales, service, and follow-up have been remarkable," he said. "We're in such a busy environment nowadays that it's hard to say that about every dealer out there."