On June 13, dozens of golf enthusiasts descended upon the Town of Wallkill Golf Club in Middletown, N.Y. and braved early rains for a good cause as Pine Bush Equipment's 12th annual golf outing went off without a hitch despite Mother Nature's brief interference. The yearly event, which benefits the American Cancer Society's Relay for Life, has raised more than $260,000 over the past decade-plus. In addition to 18 challenging holes, guests were treated to three meals throughout the day as well as raffles, auctions, fabulous door prizes and more. 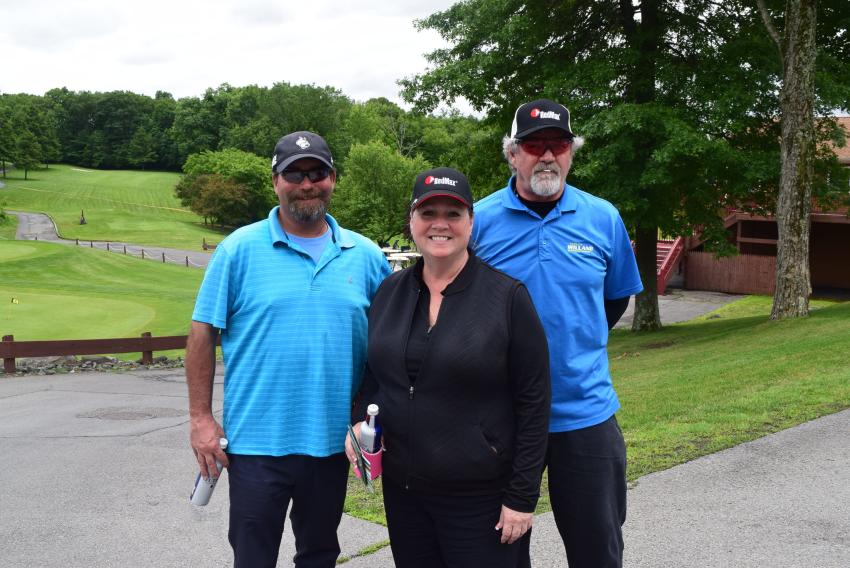 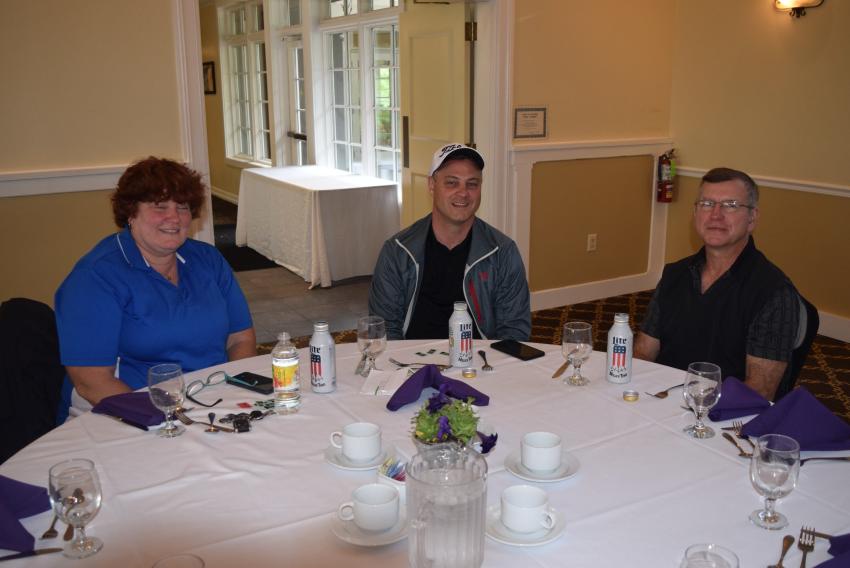 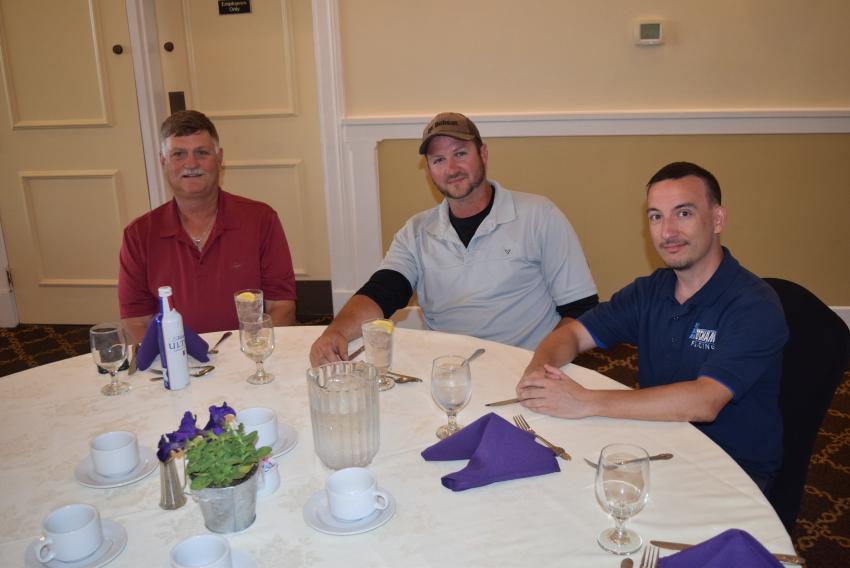 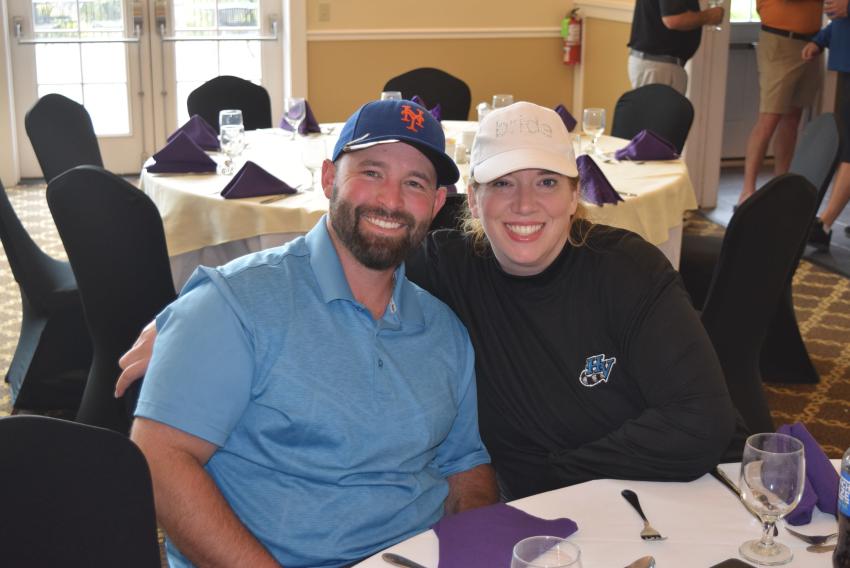 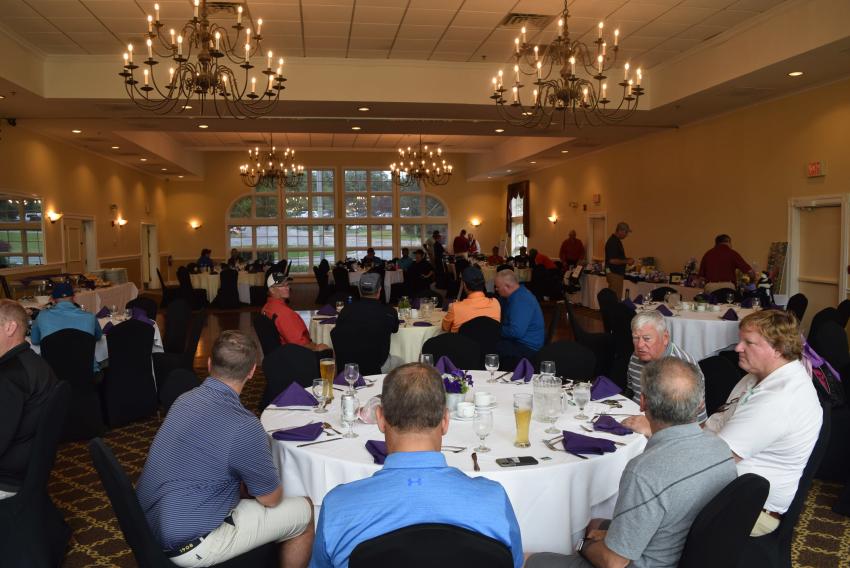 The field of players gathered in the golf club’s elegant dining room space for a buffet dinner prior to the announcement of who won the event. 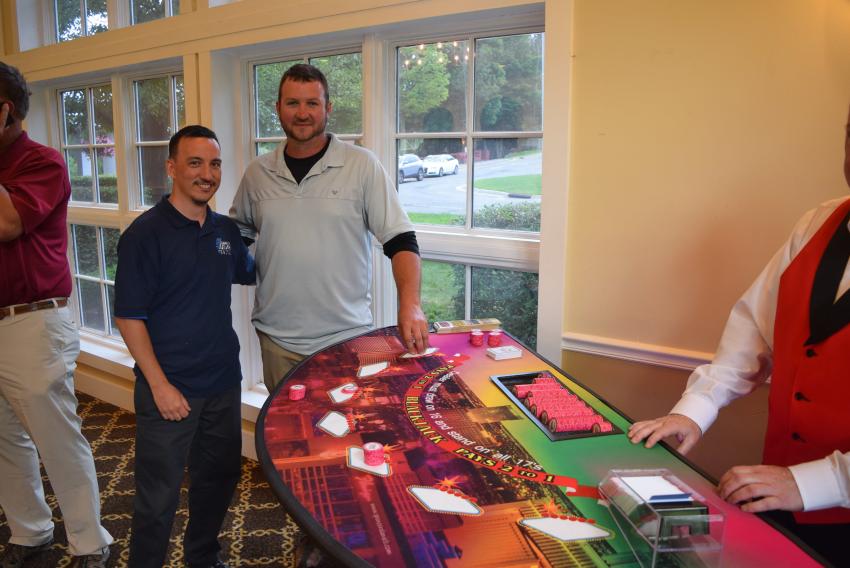 Kurt Ketcham (L) and Chris Ketcham of Ketcham Fencing in Otisville, N.Y., pose before making their wagers at the blackjack table. 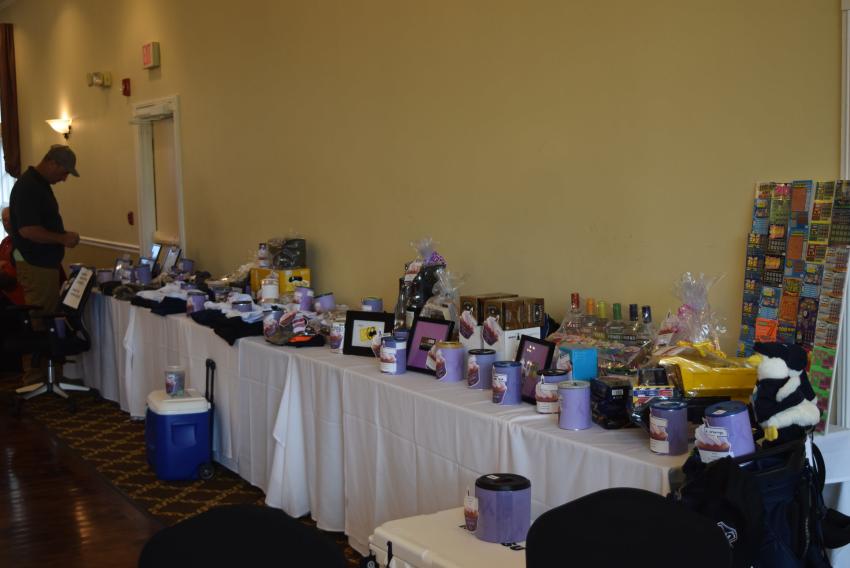 A look at the door prizes available to bidders who participated in the golf outing’s raffle. 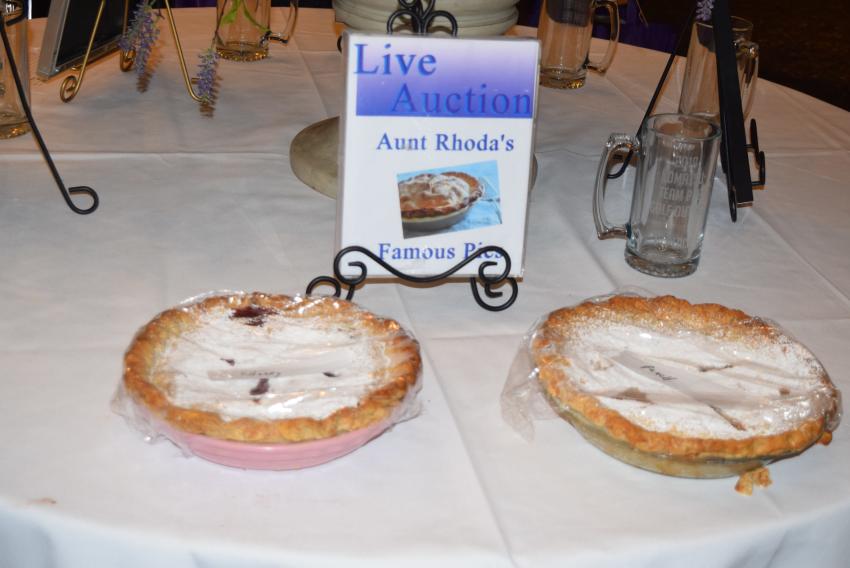 One of Aunt Rhoda’s famous pies sold for more than $100 during the live auction portion of Pine Bush Equipment/Komatsu’s 12th annual Relay for Life Golf Outing at the Town of Walkill Golf Club in New York. 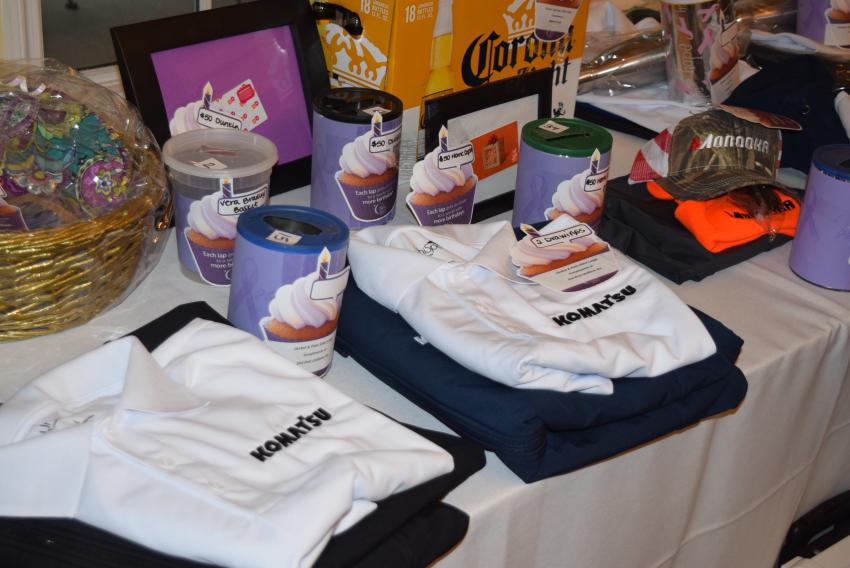 A look at some of the Komatsu apparel made available for the event’s silent auction. 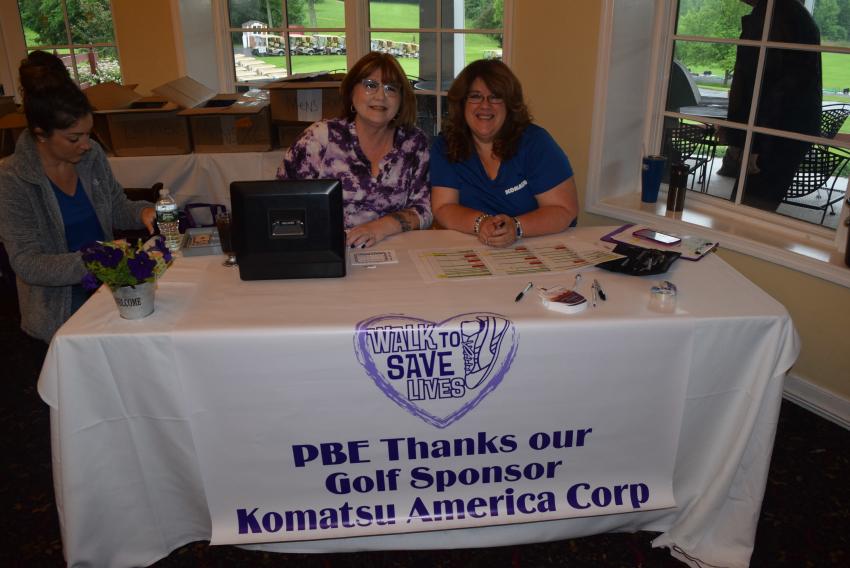 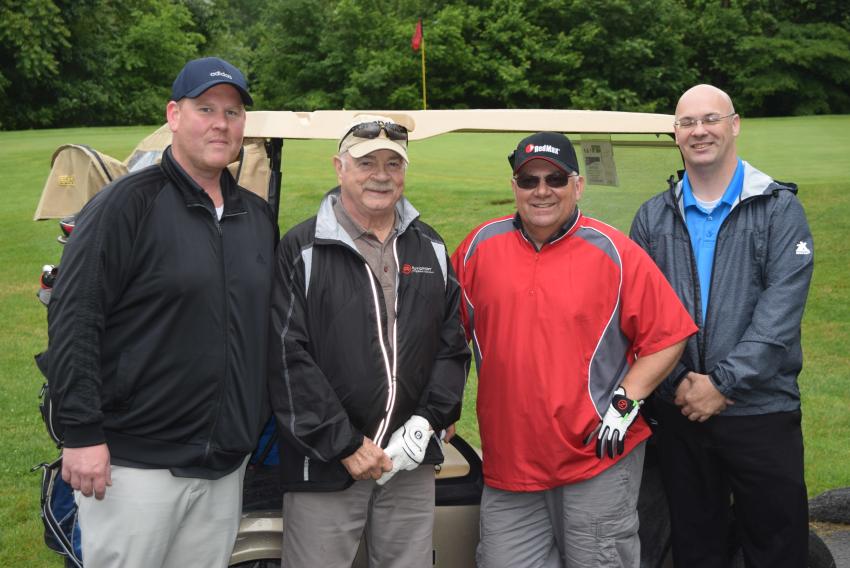 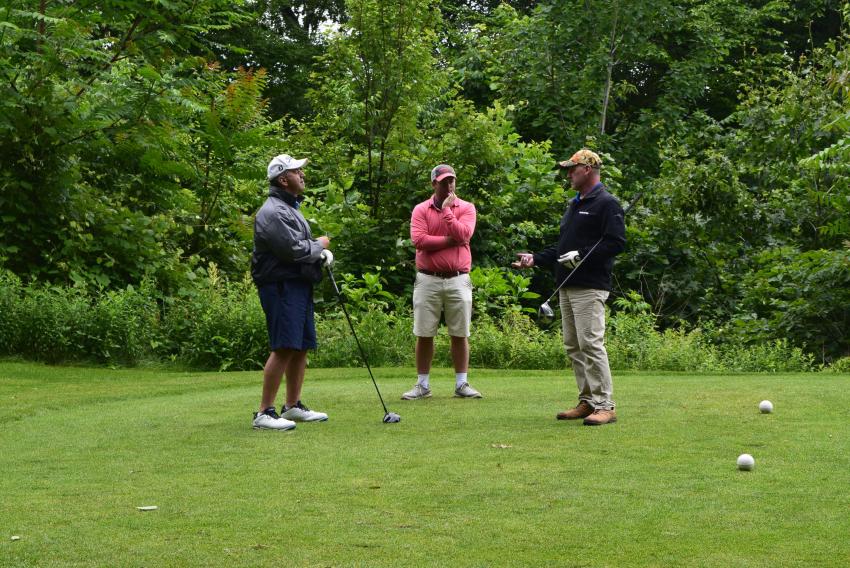 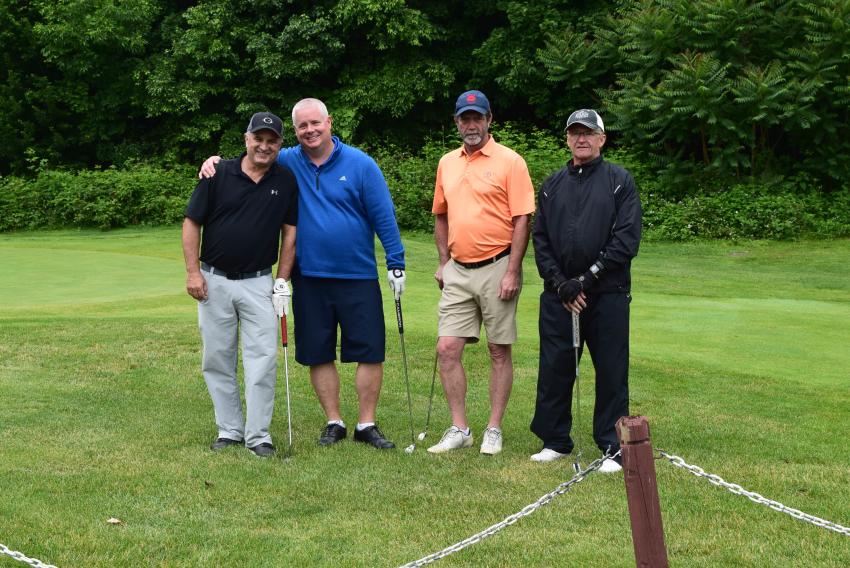 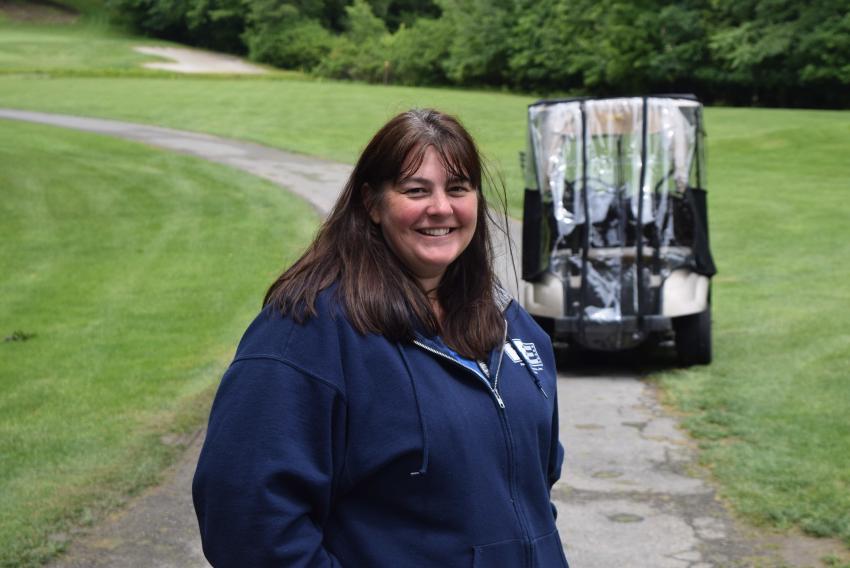 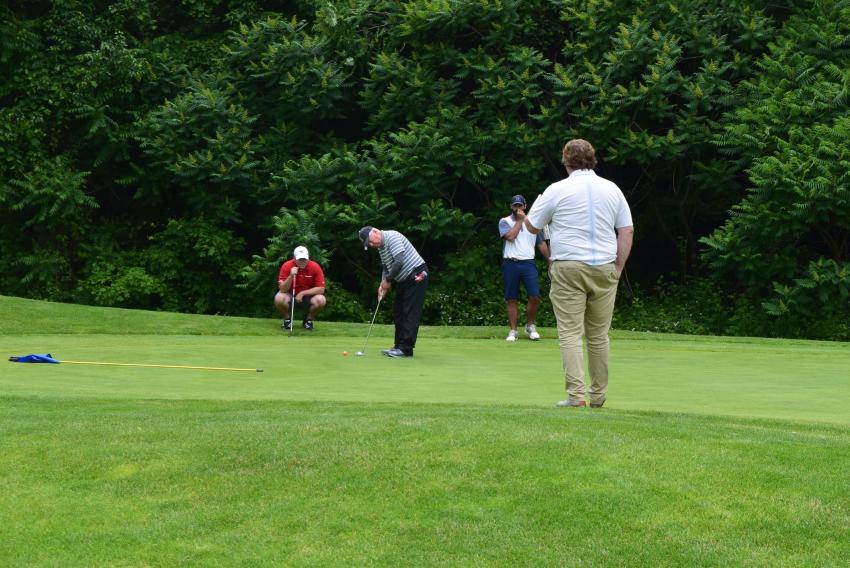 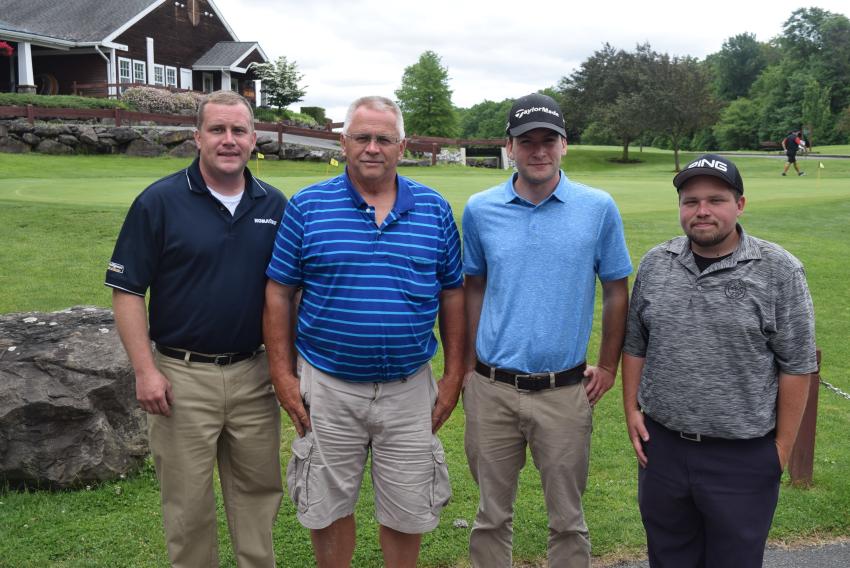