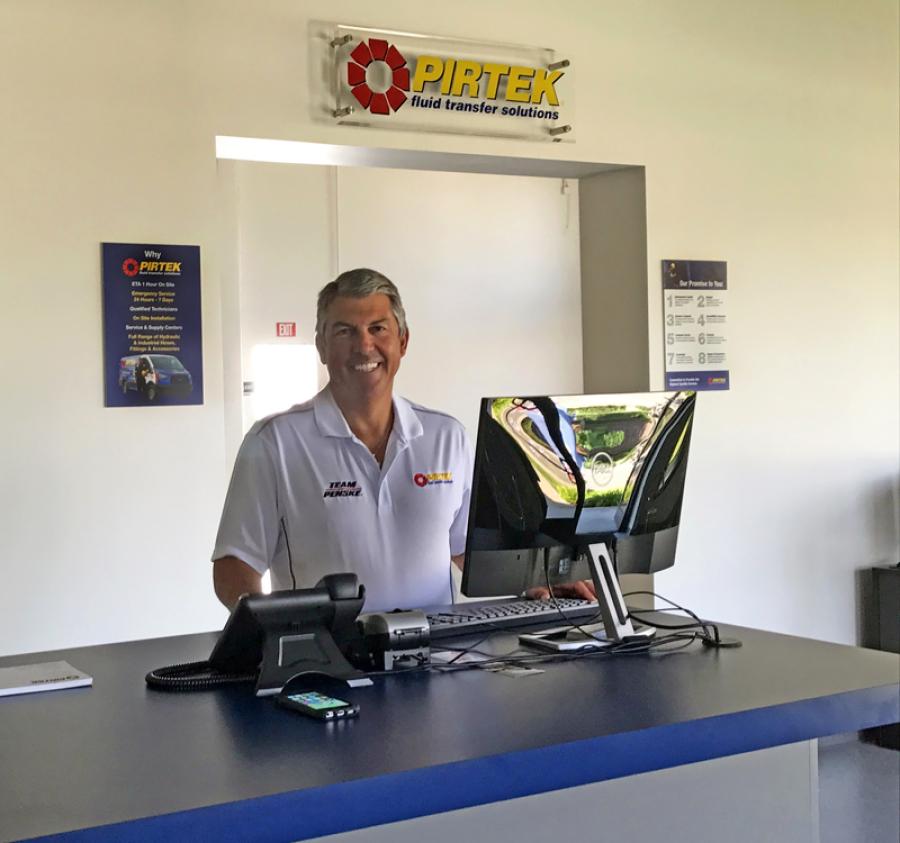 Kelly Curran, the owner of PIRTEK OC in Orange, California.

PIRTEK OC opened in Orange, Calif., in mid-June, the seventh PIRTEK in California, as the company continues to add new locations across the United States. PIRTEK provides onsite hydraulic and industrial hose replacement sales and services to a number of different industries.

Kelly Curran, owner of PIRTEK OC, said he was impressed with PIRTEK from the beginning of his inquiry into the company.

“Once I looked into it, I saw PIRTEK's corporate culture, what they do and how they do it,” said Curran. “It's a first-class organization, so I had no problem making the decision to be a part of it.”

Curran has operated a successful landscaping business for 32 years. After a friend told him about PIRTEK, he was immediately interested in the concept.

“I thought it would be a good opportunity for me,” he said. “In my landscaping business, I dealt with a lot of equipment that uses hydraulics. I was aware of the need and it surprised me there wasn't a PIRTEK in Orange.”

Curran said that PIRTEK OC is centrally located in a dense manufacturing area with a large rental yard nearby. It is also just down the road from the Honda Center, an ice arena that is home to the Anaheim Ducks of the National Hockey League.

“I've put together a good staff,” Curran said. “I'm excited about getting started.”

PIRTEK OC is the fifth PIRTEK location to open in 2017, following Ft. Myers, Fla.; Riverside, Calif.; Grand Rapids, Mich.; and Palm Beach, Fla. Several others are set to open in the next few months.