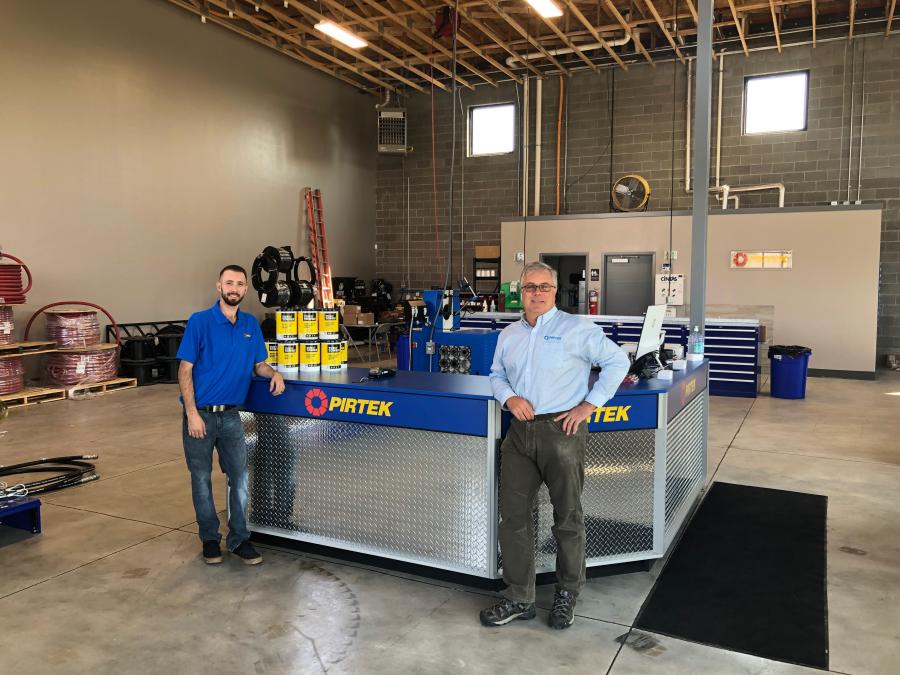 PIRTEK Clearfield is to the North of the city, PIRTEK Salt Lake City is centrally located near downtown businesses, and new PIRTEK Lehi is strategically positioned to the South of the city at 1550 North State St., Lehi, Utah 84043.

When Todd Miceli opened Utah's very first PIRTEK franchise back in 2017 — PIRTEK Salt Lake City — he anticipated that both the business and residential populations nearby would continue to flourish. He was correct — with 80 percent of Utah's population falling within a 60-mi. radius of downtown SLC, the area has enjoyed steady economic growth. To meet the demands of many local building projects, Miceli added a second business — PIRTEK Clearfield — in early 2019. Now, as the Salt Lake City metropolitan area expands, with new construction projects every day, he has decided to open a third franchise; PIRTEK Lehi.

Miceli's three franchises are almost evenly spaced along major freeway I-15, which cuts straight through the center of Salt Lake City. PIRTEK Clearfield is to the North of the city, PIRTEK Salt Lake City is centrally located near downtown businesses, and new PIRTEK Lehi is strategically positioned to the South of the city at 1550 North State St, Lehi Utah 84043.

By rounding out his coverage area with the new center, Miceli says he and his team of Mobile Service Technicians will be better able to serve his existing customers. Large construction companies that rely on his team to keep them operating, who call for help three to five times per day, have equipment and job sites scattered throughout the city. It is important to have PIRTEK Mobile Service Vehicles on standby, ready to quickly respond to calls in all regions of the city as well.

Miceli is all too familiar with the importance of minimizing downtime, and the costs that can rack up for a business when equipment is not working properly. Before becoming a PIRTEK franchise owner, he had his own successful construction equipment rental business in Massachusetts. He maintained 400 pieces of heavy construction machines, which he regularly leased out.

Upon relocating to Utah in 2012, Miceli became interested in owning another business. He happened to hear about PIRTEK purely by chance one day, and knew it would be a perfect fit for him. His background with heavy machinery would give him an edge in the field. Now, almost four years since opening his first successful PIRTEK franchise, Miceli has gotten comfortable with the process.

Miceli shares that he likes PIRTEK's franchise structure because of the "ease of going to market, versus trying to start something on your own." He explains that so much is "already done for you, in the areas of advertising & marketing, inventory systems, billing, National Accounts, and more." He says the model the brand has perfected makes it easier to get the business started.

The new location is opening on September 21st as a Tier 1 business under PIRTEK's franchise structure. This requires a franchisee to have a full Service & Supply Center staffed with six team members and at least two Mobile Service Vehicles. PIRTEK's Tier 2 option enables entrepreneurs to start a franchise at a lower point of entry. Under Tier 2, a franchisee can keep the inventory in a small warehouse or storage facility and lease two vehicles. While Tier 2 owners are expected to advance to a Tier 1 location in three years, they also have the option of bypassing this step to open as a Tier 1 model from the beginning as Miceli has done.

Miceli plans to continue to grow within PIRTEK, and add even more franchises in the future to meet the needs of his ever-growing customer base. He says that he is considering opening franchises in other states as well. He sees these goals as entirely achievable with the support of PIRTEK USA management, and his team of what he describes as "dedicated, hardworking employees." He says he has been fortunate to hire people who are all aligned with the common goal of creating a strong business.