While photos of the Space Needle construction have been around for years, nothing has come close to the sweeping collection taken by George Gulacsik. 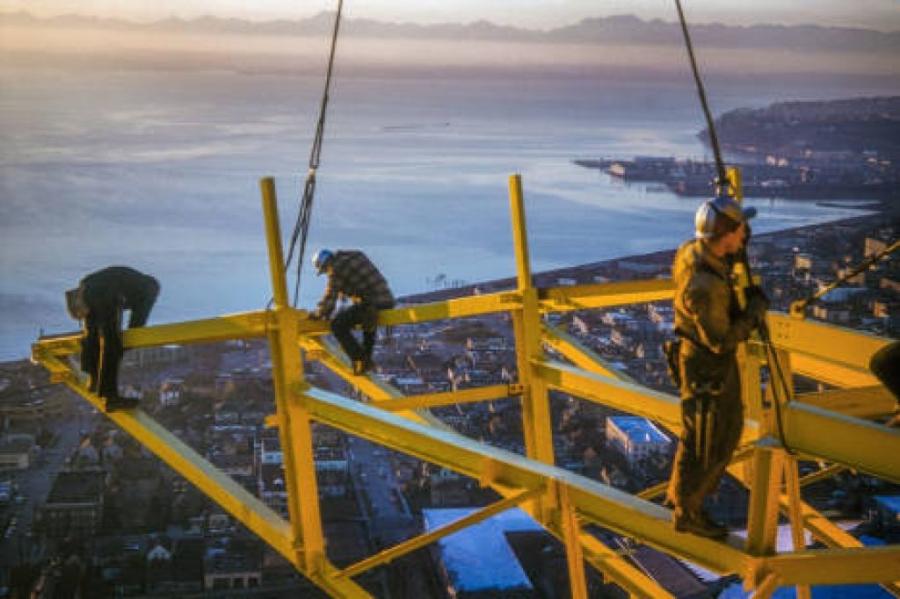 The website Seattlepi is reporting that thousands of photos taken over the course of the Space Needle's construction have only just now been digitized and released to the public.

While photos of the process have been around for years, nothing has come close to the sweeping collection taken by George Gulacsik.

For most of the world, the Space Needle is the symbol of Seattle.

No photo of the Emerald City skyline is complete if it's missing the iconic tower, built to be a part of the 1962 World's Fair.

The construction of the 605-foot-tall Needle is something of its own marvel, largely completed in less than a year and with engineering that would allow it to withstand howling winds and serious earthquakes.

More than 2,400 photos taken over the course of the Needle's construction show not only the size and scope of the hurried project, but also the fearlessness of workers who regularly walked beams and narrow planks hundreds of feet above Seattle without so much as a thread to keep them from falling.