A famous politician's daughter was among demonstrators who tried to block construction activity on the site by lying in a trench. 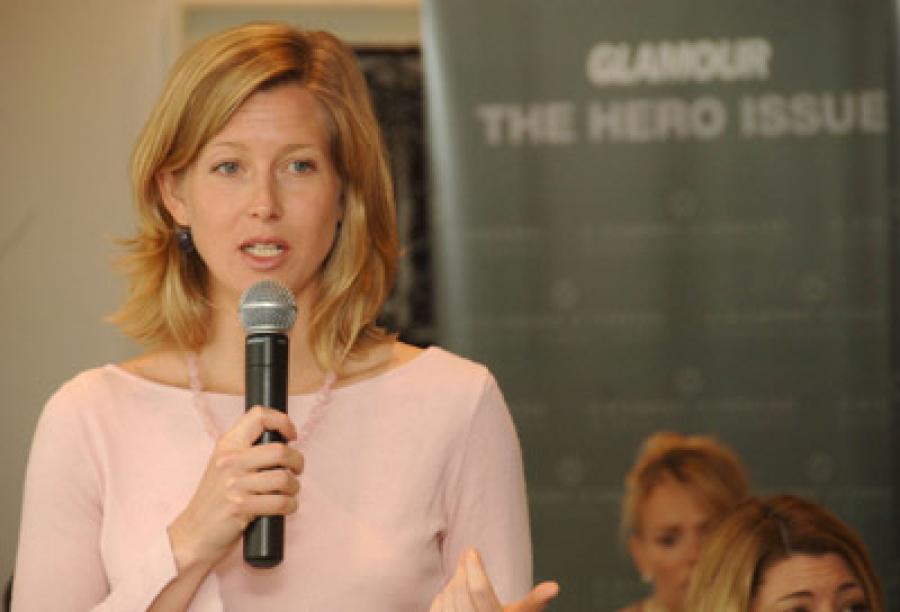 Former Vice President Al Gore's daughter was among 23 people arrested during a protest of a pipeline under construction.

BOSTON (AP) - Former Vice President Al Gore's daughter was among 23 people arrested during a protest of a pipeline under construction.

The arrests happened Wednesday at the site of Spectra Energy's West Roxbury Lateral pipeline in Boston.

Karenna Gore was among demonstrators who tried to block construction activity on the site by lying in a trench dug for the pipeline and refusing to move until firefighters removed them, said protest group Resist the Pipeline & Stop the West Roxbury Lateral.

The group opposes the pipeline because of safety and climate change concerns.

Protesters facing trespassing and disturbing the peace charges were being arraigned Thursday.

Gore, who serves as director of the Center for Earth Ethics at the Union Theological Seminary in New York, and others facing resisting arrest charges will be arraigned Friday.

Gore said in an email that she was honored to be part of the protest "as they made the case that there are higher moral principles at stake here that merit nonviolent civil disobedience."

"The Federal Energy Regulatory Commission should be helping us transition to renewable energy like solar and wind but instead they almost always defer to the fossil fuel industry," she wrote.

Al Gore, who served as vice president under Democratic President Bill Clinton, said he was proud of his daughter.

"We are facing an existential crisis and should speed up the transition away from fossil fuels and toward renewable energy and a decarbonized economy," he said through a spokeswoman.

Houston-based Spectra Energy Corp. said it does not condone actions that take first responders away from their duties.

"Our pipelines provide a vital source of reliable, affordable energy for the nation's homes, hospitals, businesses and schools. Low energy prices help everyone, particularly those least able to pay their bills," company spokesman Creighton Welch said in a statement.

The 5-mile pipeline is part of a larger, roughly $1 billion plan to expand natural gas capacity in New England.

Protesters said Buddhist, Jewish and Christian clergy members were among those charged with resisting arrest, as was noted climate change activist Tim DeChristopher, who a few years ago tried to stop drilling operations in Utah.

"We can no longer pretend like what Spectra is doing here in West Roxbury is anything other than digging a mass grave," DeChristopher said in remarks at the protest.

DeChristopher tried to thwart drilling near Utah's national parks by posing as a buyer during a 2008 government oil and gas lease auction. He served 21 months in federal prison, and his probation ended this April.