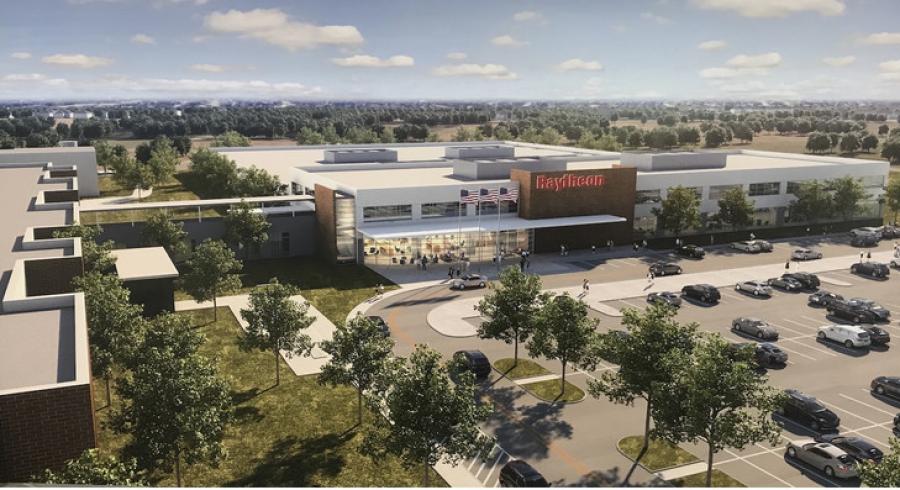 Raytheon announced today that it will build a 200,000-sq.-ft. facility supporting 500 new high-tech jobs at its Space and Airborne Systems headquarters in McKinney, Texas. Construction will be completed in late 2020.

The announcement comes on the heels of research from The University of North Texas Economic Research Group, which found Raytheon's business operations in North Texas contribute $4.8 billion to the Texas economy. In 2018, Raytheon directly employed more than 8,000 Texans. Supply chain activity and employee spending supported an additional 10,000 jobs throughout the state.

"This is an investment in the talented McKinney workforce," said Roy Azevedo, president of Raytheon Space and Airborne Systems. "It shows we are serious about our presence in Texas and that we are here to stay."

Local and state officials joined Raytheon for the announcement, where they learned about the construction project and the economic impact study results.

"Raytheon has a significant presence in the Texas economy," said Dr. Michael Carroll, director of the Economic Research Group at the University of North Texas and lead author of the North Texas Economic Impact Study. "When we examined employee wages and spending, supplier spending, tax revenues and other factors, we found Raytheon's North Texas operations are a powerful economic engine."

Raytheon's McKinney facility specializes in intelligence, surveillance and reconnaissance systems, including electro-optical manufacturing and the production of high-energy laser systems.

"Not only is Raytheon's work in intelligence, surveillance and reconnaissance systems critical to the defense and national security of our country, its investment in our community helps drives our economy," said U.S. Rep. Van Taylor (TX-03). "Today's groundbreaking foreshadows Raytheon's continued innovation in space and airborne systems as well as its growing presence as a job creator here in McKinney."

Raytheon is the top employer in McKinney with more than 3,000 employees.

"McKinney has always been proud to have the prominent presence of Raytheon as our largest employer and we are excited at the opportunity for new corporate expansion in McKinney," said McKinney Mayor George Fuller. "We have worked hard to build strong business relationships and create an environment that not only allows these businesses to grow but also provides their employees with an incredible place to call home." CEG