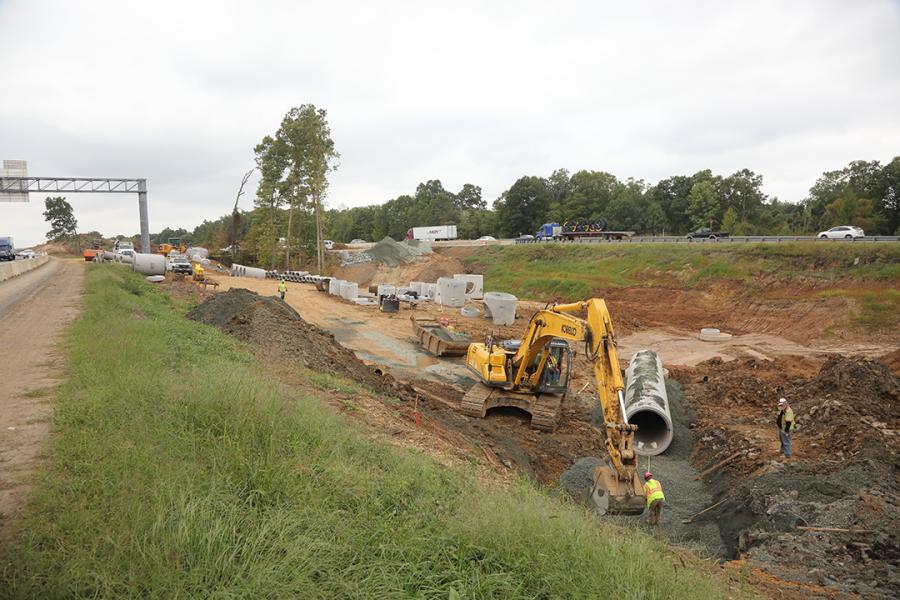 “These are significant transportation improvements that will move more people and commerce through an interstate corridor, and a critical jobs corridor,” McAuliffe said in a news release. “In working with our private sector partner Transurban and local governments, we will fix the bottleneck on the southern end in Stafford County, and travelers will have the choice of taking an express trip from south of Garrisonville Road all the way up to the D.C. line.”

Construction began in July 2016, and the entire project is on track to be complete in the summer of 2018. The project's new southbound exit ramp is anticipated to open in late 2017/early 2018, with the new northbound entrance opening in summer 2018.

According to Kelly Hannon, communications manager of VDOT's Fredericksburg District, the Southern Terminus Extension was estimated to cost a total of $50 million. “However, the project was awarded to Branch Highways Inc. for $31.1 million,” she explained.

“Although a project's final cost is not precisely determined until it is complete, and all bills are submitted, it is anticipated the total cost for the Southern Terminus Extension will be less than $50 million based on the construction award amount.”

The project was awarded to Branch Highways Inc. of Roanoke, Va. Its design partner is Whitman, Requardt & Associates.

According to Hannon, this project will extend 95 Express Lanes in Stafford County by an additional 2.2 mi. (3.5 km) to the south, with an additional 0.7 mi. (1.1 km) of restriping. A reversible single lane is being built in the median of I-95, splitting into northbound and southbound merge ramps.

Hannon noted that a dynamic pricing structure will be used, where toll prices are adjusted based on traffic demand.

The project will enhance safety by limiting merging and weaving to enter and exit 95 Express Lanes near the Interstate 95 interchange at Exit 143/Garrisonville Road.

Extensive tree clearing and grading is being performed in the median of Interstate 95. The installation of intelligent transportation systems (ITS) also is a part of the project. They are reportedly needed to operate Express Lanes, which uses a dynamic tolling model.

An estimated 120 people will be working on the construction site at various points between the project start and completion. The project is working with approximately 20 subcontractors, plus suppliers.

Primary subcontractors include Chesapeake Electrical for ITS; Superior Paving for asphalt; Long Fence for guardrail; Whitman, Requardt & Associates for the design; Terra Site Contractors for the sound wall; and A-annandale for striping.