Replacement of Cranston, R.I. Bridge May Last Until Next Spring 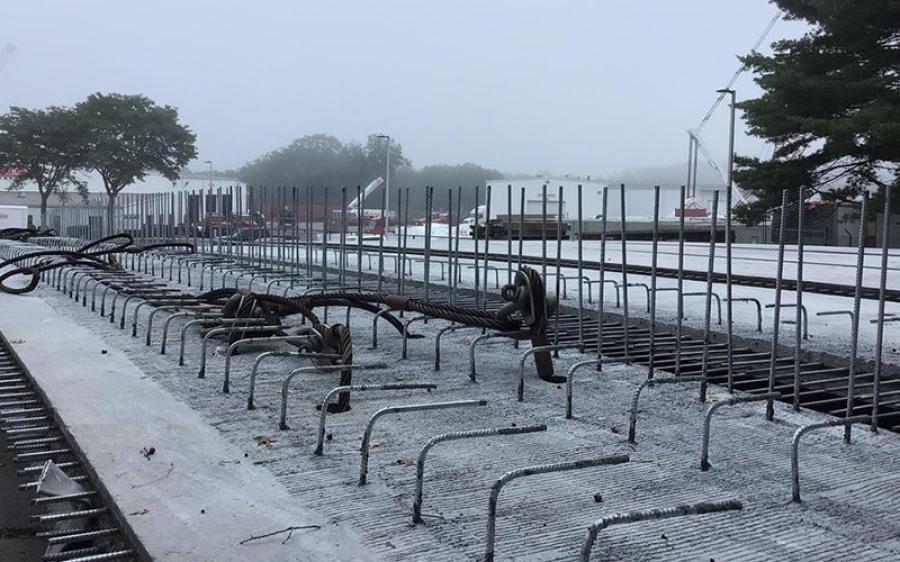 For safety reasons, RIDOT cannot work without the supervision of Amtrak personnel. This, coupled with utility work delays, has pushed back the opening date.

Cranston, R.I.'s Park Avenue railroad bridge, the city's primary east-west connector for cars and trucks, will likely remain closed until at least spring 2022 due to a shortage of Amtrak workers.

The crossing was shut down May 15 with the goal of having it reopen in time for the new school year. The 115-year-old structure, which the Rhode Island Department of Transportation (RIDOT) deemed structurally deficient several years ago, is being demolished and reconstructed as part of an $11.7-million effort.

But the Providence Journal reported Sept. 23 that the process has been complicated by the fact that the bridge runs over the Amtrak Northeast Corridor track. For safety reasons, Amtrak personnel must be present whenever construction work is taking place.

Like a lot of employers, Amtrak "is feeling a pinch in the number of people they have available," RIDOT Director Peter Alviti told the Journal. "They've been affording us as much time as they possibly can, but it's not as much as we expected pre-pandemic."

As a result, construction crews have only been able to log a few hours of work each day — sometimes as little as 45 minutes.

Alviti said that it is hard for RIDOT to predict just when the bridge will be able to reopen because the availability of Amtrak workers is "a variable that is not within our control."

He added that it is doubtful the bridge will open before the new completion timeline, unless Amtrak personnel begin "miraculously" coming back to their jobs in larger numbers.

What Work Can Be Done is Being Done

So far, construction crews have demolished the old bridge and relocated utilities, and have now moved on to the foundation work, Alviti disclosed to the Providence news source. To speed up the process, he noted, substantial portions of the Park Avenue bridge are being prefabricated offsite.

"We're doing accelerated bridge construction, although it doesn't appear that way," he admitted.

Even under normal circumstances, contractors would have been required to work around Amtrak's train schedules. But the labor shortage in the region has made matters even worse, Alviti said.

Cranston Anxious for a Completion

RIDOT planned the project before the pandemic hit, and based its expected finish on "what, historically, we've been able to get in terms of personnel from Amtrak."

Representatives for Amtrak did not immediately respond to a Journal request for comment.

Steven Paiva, a spokesperson of Cranston Mayor Kenneth J. Hopkins, told the newspaper that the city had not been informed that work on the bridge might stretch into next spring.

He said that RIDOT officials "were very vague last time we spoke to them," which was in early September.

"We're not trying to speak ill of them at all," he added. "It's a project that needs to be done. And from what we are understand, Amtrak hasn't been completely helpful."

Alviti said the reason the city has not gotten any more recent updates is because "what we told them still applies."

While the bridge remains closed, drivers are being directed to follow a six-to-10-minute detour along Wellington Avenue and Elmwood Avenue.

The Rhode Island Public Transit Authority (RIPTA) has been operating a shuttle service for pedestrians, and RIDOT is funding an extra school bus to take students to Park View Middle School.

"Obviously, we all want it to be done as quickly as possible," Paiva said.