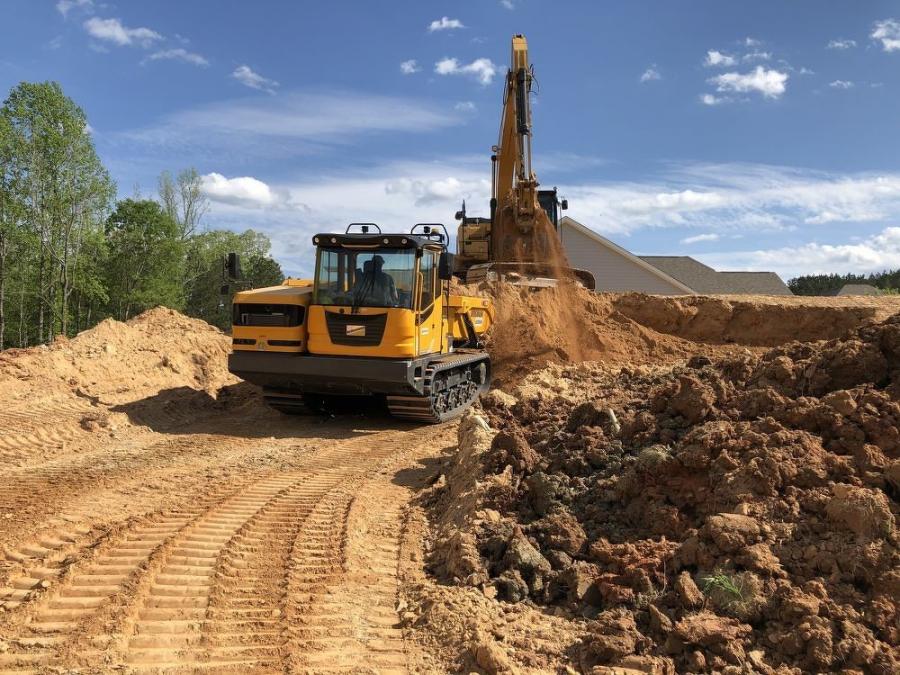 The powerhouses on the C912s tracks convince with high transport performance, are low-emission and economical in consumption and offer maximum safety to operators.

Down in Lancaster, S.C., RG Howard LLC Operations Manager Ben Crowder has two important tasks to oversee while working on this particular job site. First, his primary mission, is coordinating the construction of a subdivision that involves a complex slope stabilization project. Second is his company's demo of the German-built Bergmann C912s track dumper, a machine which Crowder was introduced to by friends with Ascendum Machinery in North Carolina, the distributor of the truck. 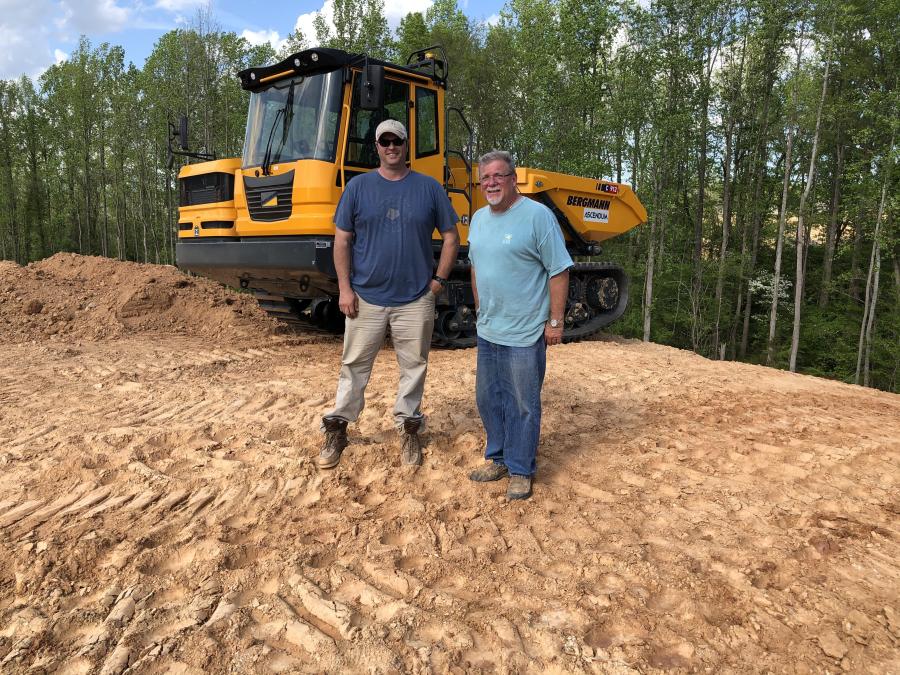 "We were trying to figure out how to get this material up from the bottom of the hill, and Mark with Ascendum presented us with the option that they were carrying these Bergmann trucks now," Crowder told CEG. "So, we offered to use one, potentially renting it until we get this job done."

The powerhouses on the C912s tracks convince with high transport performance, are low-emission and economical in consumption and offer maximum safety to operators. Two hydrostatic power trains with constant full power, optimal weight distribution with any load and the hydraulic parking brake guarantee secure holds even on extreme inclines, making practically any terrain accessible.

These features of the Bergmann C912s have come in handy for the steep climb that the truck makes on RGH's Lancaster subdivision site. The machine travels approximately 50 yds. from its loading point to the dump area, having no issues ascending the 1:1 slope ratio.

"It has no problem getting up the hills," Crowder stated. "It's actually been really impressive. Even in high gear, it doesn't hesitate to climb out. When you get into a softer material, it doesn't bog down, but it throws more power to it. From what they tell me at Bergmann their object is to not lose traction. So far it's done really well coming out of the bottom." 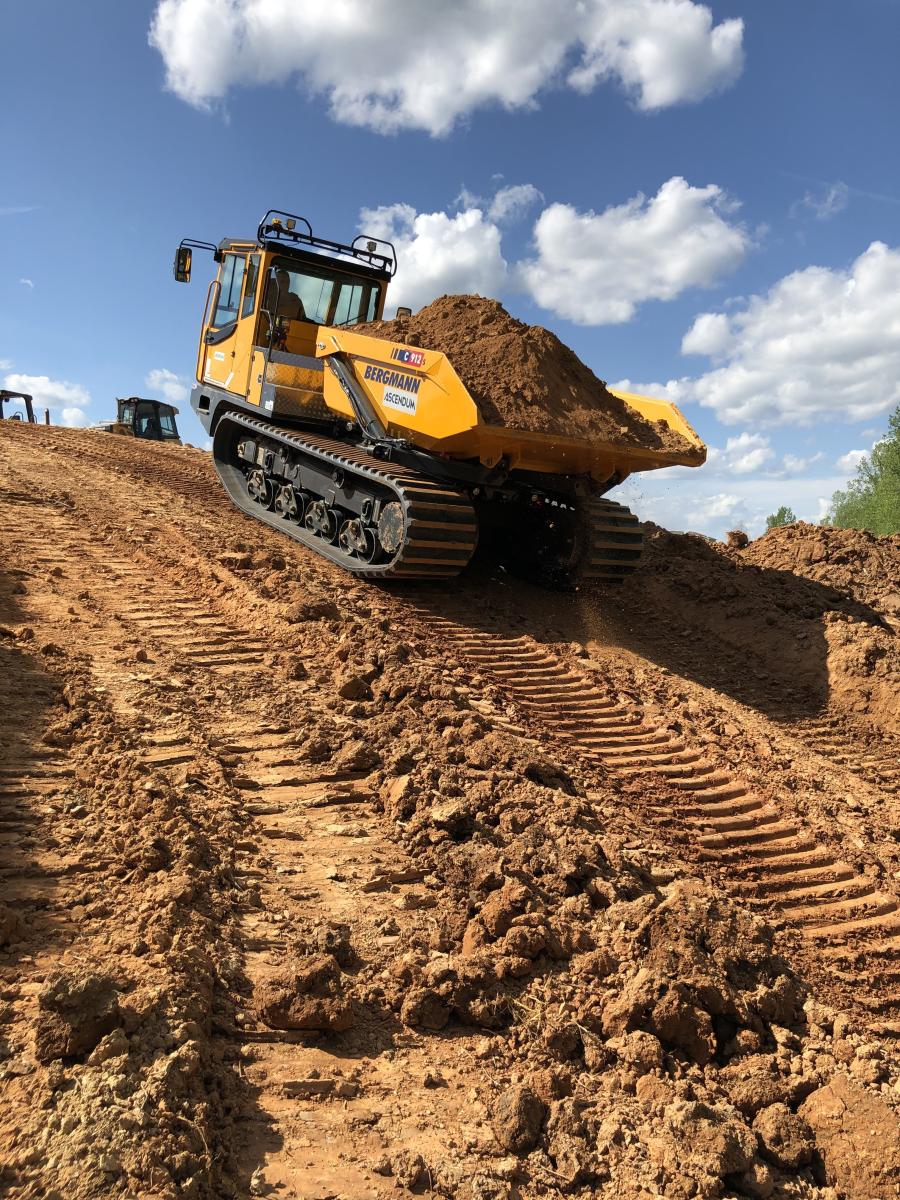 And Crowder knows a thing or two about what makes quality iron. He's a third-generation member of the Crowder construction family, branching out to work in the grading business with RGH in Stanley, N.C., as something of a change of pace. RGH specializes in residential development, conducting all of the grading work in-house. They typically sub out the utilities and asphalt work on projects across the Carolinas.

In use on this current subdivision project, Crowder appreciates the comfortability of the Bergmann C912s cab as well as its unique rotation capabilities for better performance.

"The seating controls rotate instead of the cab, so operators are always facing the load and not having to look over their shoulder so much, Crowder reported. "So it's a constant forward motion. The bed does rotate on the Bergmann, which is unlike the other trucks I've used. The whole entire house rotates, where with the Bergmann just the bed rotates, and the seat rotates inside the cab."

It's not just creature comforts that have Crowder enjoying his experience with Bergmann. Both the company's president and vice president visited the work site to make sure that RGH was getting everything they needed from their product.

"Any issues or quirks, getting them worked out, they've been very responsive," Crowder said in explaining his relationship with the manufacturer. "They're based out of Spartanburg, so they're a short drive away, and they've been very helpful so far."